When U.S. Secretary of State Rex Tillerson meets Russian officials in Moscow on Wednesday to confront them about Russia's backing of the Syrian regime, he won't have much more than tough talk to offer.

"It is clear to us the reign of the Assad family is coming to an end," Mr. Tillerson told reporters after a meeting of the Group of 7 foreign ministers in Italy on Tuesday. "We hope that the Russian government concludes that they have aligned themselves with an unreliable partner in Bashar al-Assad."

Just how far Mr. Tillerson can go remains questionable. The West is divided over a response to the gas attack and there is no clear strategy for what to do in Syria. G7 ministers couldn't agree on more sanctions against Russia and there were conflicting signals about whether Mr. al-Assad should be removed or how that would even happen.

The United States alleges in its intelligence report that Russia helped Syria try to cover up the chemical attack by using disinformation and false narratives to "confuse the world community about who is responsible for using chemical weapons against the Syrian people." But there is no hard evidence and the report says the United States cannot release all of its information in order to protect "sources and methods."

Russian President Vladimir Putin has exploited the discord in the West and stood by Mr. al-Assad, insisting that rebel forces were behind the chemical attack and vowing to hold a meeting this week with officials from Syria and its staunch ally, Iran. On Tuesday, he also accused the West of plotting a fake attack to cast more blame on Syria. "We have information that a similar provocation is being prepared … in other parts of Syria including in the southern Damascus suburbs, where they are planning to again plant some substance and accuse the Syrian authorities of using [chemical weapons]," Mr. Putin told reporters.

So far, the Western response to the sarin gas attack on April 4 hasn't gone beyond a U.S. missile strike on a Syrian airbase last Friday, which destroyed several buildings and warplanes. While there has been much talk since then about further military action and condemnation of Russia's role in the Syrian conflict, there hasn't been a defined policy about what to do next.

British officials, who led the call for more sanctions, said Prime Minister Theresa May and U.S. President Donald Trump had agreed that "a window of opportunity now exists in which to persuade Russia that its alliance with Assad is no longer in its strategic interest." But there was no indication of what the United States or Britain would do if Russia refused to withdraw its support.

All of which puts the United States and other Western countries in a bind when it comes to Syria. Sanctions haven't worked so far and ousting Mr. al-Assad militarily would require direct involvement or arming rebel groups who have varying allegiances. That would put the West in direct conflict with the Russians, Iranians and other forces aligned to Mr. al-Assad. However, leaving Mr. al-Assad in place and working with the Russians to defeat the Islamic State group, as Mr. Trump suggested a few weeks ago, would appear to reward the use of chemical weapons and might not work anyway since the reach of IS goes beyond Syria.

The bigger problem, according to Syrian expert Tim Eaton, is the West's failure to live up to its tough language. Western leaders "have caused themselves some problems by being unclear and talking at cross purposes following the missile strikes," said Mr. Eaton, a research fellow who specializes in Syria at Chatham House, a London-based think tank.

Instead of simply describing the missile attack as punishment for using chemical weapons, Mr. Eaton said U.S. officials and others have drifted "into questions of regime change and saying all options are on the table." That has raised the possibility of broader strategies which don't exist, he added. "We've seen throughout the course of the Syrian conflict that the West's inability to match rhetoric with action has led to miscalculation and really a failure in its policy," he said.

He and others say it is unlikely Russia will bend to new pressure from the West, given the vast amount of resources the Russians have sunk into Syria. "In truth, what we're really seeing is that the last week's discussion and international reaction to the use of chemical weapons is dying down and we're now returning to the status quo," Mr. Eaton said.

But the Russians are in a difficult position, too, said Julien Barnes-Dacey, a senior policy fellow specializing in the Middle East at the European Council on Foreign Relations. He said Mr. Putin has tried to push Mr. al-Assad toward a political resolution without success and the chemical attack hasn't helped. Mr. al-Assad won't co-operate because he and the Iranians are convinced they can win the war militarily, giving them little incentive to negotiate with the opposition, he added.

"So long as Assad and Tehran continue to believe that a military victory is within sight, the Russians cannot force them to make the kind of political compromises that the West is looking for, nor can [Russia] walk away from Assad because that would be to risk its long-standing investment and international credibility that it has tied so tightly to Assad," Mr. Barnes-Dacey said. "So the Russians are stuck between a rock and a hard place."

Mr. al-Assad, too, is in a tough spot. He clearly wants to launch an offensive on the opposition's last remaining stronghold of Idlib, but he needs Russian military support. That could be less forthcoming if the Russians are indeed frustrated by the regime's use of chemical weapons. And if the Russians do help, it would be a major escalation, and protraction, in a conflict that has already tested Russian patience.

Mr. Eaton said the United States needs to develop a comprehensive Syrian strategy and that tackling IS alone isn't sufficient. "What we have to realize is that Syria is not going to return to [its previous] structure. There are new actors that are going to control areas of the country and that can be a major source of instability. But simply backing the regime is not a solution to various problems," he said.

For now, he said, despite all the tough talk and threats made since last week's chemical attack, the constraints on all sides remain. "And so, unfortunately, I think what we'll see is a return to the normality of the grind of the Syrian war, which still has a long way to run." 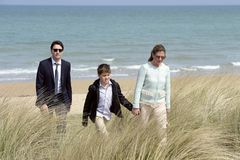