The family of an Indian gang-rape victim said they would not rest until her killers are hanged as they spoke of their own pain and trauma over a crime that has united the country in grief.

As the ruling Congress party reportedly pushed for tougher punishments for sex crimes, including chemical castration, authorities in New Delhi launched a hotline to improve safety for women in a city dubbed "India's rape capital."

And while the country returned to work after a weekend marked by candlelit vigils and street protests following the 23-year-old's death, few people were in the mood to celebrate the new year. Even the army ordered a halt to its festivities.

The woman, who friends say was planning to marry in February, died of her injuries on Saturday in a Singapore hospital, nearly two weeks after being savagely attacked by a group of men on a bus in New Delhi. She was cremated on Sunday.

In an interview published Monday, her brother said that although the unidentified medical student could now rest in peace, the family would not relent in their fight for justice.

"The fight has just begun. We want all the accused hanged and we will fight for that, till the end," he told The Indian Express.

Six men are facing murder charges after allegedly luring the woman onto a bus in New Delhi on Dec. 16 and then taking turns to rape her and assault her with an iron bar before throwing her out of the moving vehicle.

The man whom she was hoping to marry was also left with serious injuries after he too was attacked and dumped on the roadside. His father told the same newspaper that his son would be "in pain throughout his life."

The 28-year-old attended the cremation on Sunday and has taken part in an identification lineup for suspects at New Delhi's Tihar jail, relatives said.

The young woman's father also spoke of the impact of the tragedy on the family, saying her mother was consumed by grief.

"My wife had hardly eaten in the last two weeks," the father told the newspaper.

"She was exhausted. … I think she was not ready to face the shock of our daughter's death, despite doctors always telling us that she was serious. She cried intermittently all of Saturday, but it got worse on the flight back home."

The father, who was also at his daughter's bedside when she was pronounced dead in Singapore, said he too was struggling to accept the news.

"It is too painful. I have not gone inside her room. She was born in this house. Her books, clothes, they are all here," he said.The attack has led to widespread calls for rapists to be executed in a country where the crime is so commonplace that it rarely gets a mention in the papers.

India does have the death penalty on its statute book for "the rarest of rare" crimes although executions are only occasionally carried out.

Mohammed Ajmal Kasab, the only surviving gunman of the 2008 Mumbai attacks, was hanged last month but it was the first execution for eight years.

Rattled by the angry protests, Prime Minister Manmohan Singh has ordered a retired judge, J.S. Verma, to lead a review of laws on sex crimes.

According to reports on Monday, Mr. Singh's own Congress party may propose in its submissions to Mr. Verma's inquiry that rape convicts serve up to 30 years behind bars and that they be chemically castrated.

"Certain proposals have been made but we cannot officially comment at this stage because the draft is not ready as yet," said a party spokesman.

Singh has also promised to speed up a notoriously slow justice system which means victims of rape can wait many years for justice.

Delhi police pledged that officers would frame charges including murder against the six suspects on Thursday once an autopsy report from Singapore and a forensic report are received, officials told AFP.

"It is up to the court to decide when the trial would begin," said police spokesman Rajan Bhagat.

Delhi Chief Minister Sheila Dikshit has been one of the main targets of the protests in the last fortnight, with the number of reported rapes in the capital having risen by 17 percent between 2007 and 2011.

A rape is reported on average every 18 hours, according to police figures.

Dikshit has ordered a new 24-hour helpline for "women in distress" which began operating on Monday. 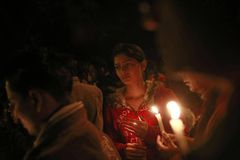 The year of rising up against impunity
December 31, 2012 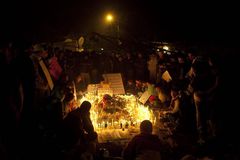 Can horror over rape prompt cultural change in India?
December 20, 2012 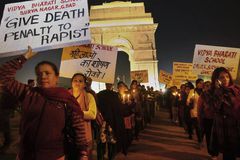