Openly gay, devoutly Roman Catholic, left-wing and an enemy of the mafia, Rosario Crocetta broke the mould when he was elected governor of deeply conservative Sicily last month.

The island has long been better known for its machismo, corruption and homicidal mafia dons than progressive politics, but the chain-smoking former communist says he will bring a "revolution" after winning a regional election.

"I will demonstrate that this region can be the most liberal in Europe. Certainly I will be exposed to opposition from the old political system, to layers of powerful mafia patronage, but I am ready for the battle," he told Reuters in an interview.

Mr. Crocetta, 61, who has escaped at least three mafia assassination plots and was elected to the European parliament in 2009, could not be more of a contrast to his predecessors, under whom Sicily has come close to bankruptcy.

He replaces Raffaele Lombardo, who stepped down in July after being charged with mafia association. The previous regional president, Salvatore Cuffaro, is serving a seven-year jail term after being convicted on similar charges.

Mr. Crocetta said he planned a raft of anti-mob measures as well as boosting gay and other civil rights. He was Italy's first openly gay mayor and is now its second declared homosexual governor after Nichi Vendola in Puglia, seeing no conflict with his strong beliefs as a gospel-quoting Roman Catholic.

He sees his election as part of a general movement by Italian voters against a deeply unpopular and discredited traditional political class.

Mr. Crocetta made his name as leader for six years of the mob-infested city of Gela on Sicily's southwest coast, where he backed an "anti-racket" organization of businessmen who refused to pay "pizzo" or extortion money – a leading source of revenue for a local mob known as the Stidda.

"During my time as mayor, 150 businessmen were reporting extortion attempts and 850 mafiosi and extortionists were arrested, which is an impressive figure," Mr. Crocetta said.

As he spoke in the Rome headquarters of his centre-left Democratic Party (PD), two squad cars and a swarm of police – his constant protection detail – waited outside.

Asked if he is worried for his life, Mr. Crocetta replies with a trade mark belly laugh: "I am very serene. I am a sunny person, I like life, I am happy or ... gay."

He quotes legendary anti-mafia magistrate Giovanni Falcone who was murdered in 1992: "If you are scared you die every day. If you are not scared, you die only once."

Mr. Crocetta says the mafia hates him because as mayor he robbed them of public work contracts, fired mafiosi including the wife of a leading boss and exposed businessmen implicated with the mob. "This attracted great unfriendliness towards me," he says.

A mafia boss who hired a Lithuanian hitman to kill him in 2003 was heard in a wire tap calling him "that queer communist."

As governor of Sicily he plans a "white list" of firms to be given privileged access to public contracts because they are untainted by Cosa Nostra, and says he will create a task force assisting victims of the mob and corruption.

"This is a novelty in Italy. If I make it easy to denounce the mafia and corruption, people will denounce it. I want a series of measures to control contracts, supplies, land sales. It will be a storm of measures," he said.

"When denouncing the mafia is a mass movement it is difficult for it to have (deadly) repercussions. There are repercussions when it is solitary."

Mr. Crocetta also plans to combat homophobia and increase gay rights although he says his election as president of the autonomous region or governor has already had an effect.

"When I became mayor, it had an impact. I remember that in my city many boys and girls who lived clandestinely before began to have the courage to live naturally."

"Now it will influence Sicilian society and customs that people can begin to say freely that they are homosexual. They will think if we have a president who can say it, why can't we say it ourselves ... It will help to liberate many people from anxiety, violence and fear."

Mr. Crocetta says it is less surprising for a gay politician to be elected in the south than "racist and homophobic" northern Italian newspapers suggest.

"We have an ancient history of tolerance. When Oscar Wilde fled puritan England he took refuge in Palermo," he said, adding that Sicily was seen for too long through "a mafia lens".

"However, we must have very clear ideas about this. Being gay in Sicily is not like being gay in San Francisco."

Mr. Crocetta says he is as revolutionary to politics as comedian Beppe Grillo, whose anti-establishment 5-Star Movement took the most votes for a single party in the Sicily election and which has stormed to second place in national opinion polls.

Mr. Crocetta won in alliance with the centrist UDC party, which he said could be a model for his PD party nationally after elections next spring.

"I have always been a politician of a new type, starting when I was mayor of Gela. I want a revolution and Grillo wants a rebellion ... they are an anti-system movement which won't go far by itself."

Mr. Crocetta is seven votes short of a majority in the regional assembly but he shrugs off suggestions he will find it difficult to make radical change, saying if other parties reject good laws he will go back to the voters and get a bigger vote.

"The (regional) parliamentarians are always absent anyway," he says with a huge laugh. "In many cases we will win just by being present."

He has plenty to do. Sicily is notorious for graft and waste with public sector jobs allegedly long used to buy votes. 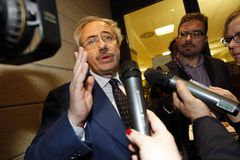 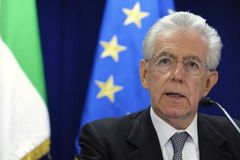 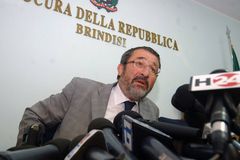 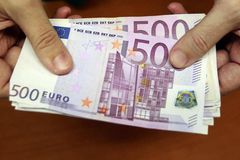