Can the economy recover?

Ukraine's finances are in horrible shape. The government has less than $1-million in its treasury and the country is close to defaulting on its foreign debt. New Prime Minister Arseny Yatseniuk also told parliament on Thursday that as much as $70-billion had been taken out of the country in the past three years. Analysts say the economy, which is difficult to measure because of corruption, had been showing signs of pulling out of a recession last fall but months of protests, violence and political uncertainty have taken their toll and much of the economy has ground to a halt. The European Union, International Monetary Fund and other Western countries have promised billions of dollars in aid but there will likely be a cost, including requirements that Ukraine cut subsidies for gas and slash social-welfare programs.

What about the currency?

For years, Ukraine's government tried to peg its currency, the hyrvnia, to the U.S. dollar at a rate of around 8 hyrvnia to 1 dollar. That became unsustainable in recent weeks as the currency fell sharply in international markets, hitting record lows of 11 to 1 this week. The new head of the central bank formally dropped the peg on Wednesday, something the European Union has been advocating for months. A lower currency could help boost Ukraine's exports, which include agricultural goods and steel products. But it could also increase inflation and hurt local businesses that have borrowed money abroad and have debt priced in U.S. dollars or euros.

Can the expectations of protesters be met?No one expects the protesters to leave Kiev's Independence Square any time soon and, in fact, the movement, known as the Maidan, has expanded. Dozens of protesters are now encamped outside the parliament building and crowds gather daily to voice their concerns to members of parliament. Many people fear the new government won't make the changes the Maidan has demanded. "We shall not let them betray Maidan," read one protester's sign. Mr. Yatsenyuk's appointment as prime minister got a lukewarm reception when it was announced to the Maidan on Wednesday and many worry he represents the same old guard of corrupt politicians.

Can the country stay together?

Ever since President Viktor Yanukovych fled Kiev last weekend and parliament relieved him of his duties, MPs have expressed concern about Russian-speaking parts of the country separating. The focus has been on several eastern regions, including Crimea, Kharkiv, Donetsk and Luhansk. The threat has largely subsided this week everywhere but Crimea, where a group of pro-Russian gunmen have seized government buildings and demanded a referendum on separation.

What will Russia do?

The Russians have had quite a presence lately, with troops along the Ukraine border and Moscow questioning the legitimacy of the new government in Kiev. Russia and Ukraine have deep economic and cultural ties. Russia supplies Ukraine with much of its natural gas, at discount prices, and it is Ukraine's largest export market. Russia extended a $15-billion loan package in December, after Mr. Yanukovych dropped negotiations with the European Union on an association agreement, and it has advanced about $3-billion so far. However, it suspended further payments this week, citing political instability. Russian banks also have more than $20-billion in exposure to Ukraine, meaning any default could be costly to the Russian government. 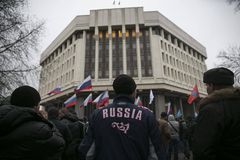 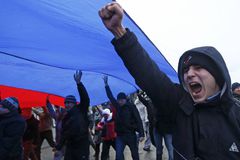 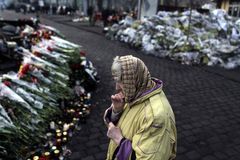 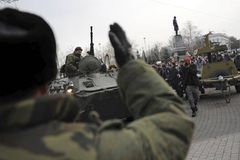 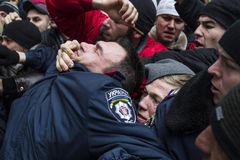 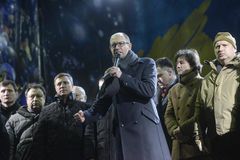 Conservative government shuts out other parties from Ukraine delegation
February 26, 2014 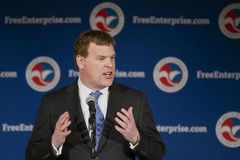 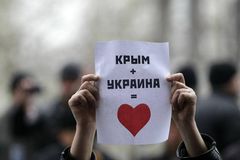