They leave the greenest, most lush areas of the country and find themselves in harsh, dusty places. They leave easygoing cultures for a conservative place where they must cover their faces at all times, even within their own houses, with their sari veil. They go from living on rice to a place where the staple is wheat – and when they can't figure out how to roll that wheat dough into a chapati they face beatings, as they do for a hundred other infractions. And there is no one, for 1,000 kilometres in any direction, who can say a word in a language they understand.

That's the frequent fate of the cross-regional bride, a phenomenon that has grown out of the preference for male children in northern India. That preference has produced sharply skewed sex ratios in the past two decades.

The rules of marriage are ironclad and almost unchanged over thousands of years – You marry within your subcaste, outside your village, but within a tight geographical area.

Many men in the north, finding themselves without women of their caste to marry, are importing brides of different caste, ethnicity and even religion.

Two Queen's University professors have dug deep into the lives of the women who are transported into an alien land to fill the wife gap. Their findings are grim. "We just heard such cries of anguish from these women," said Reena Kukreja, principal investigator on a new study called Tied in a Knot. She said they began the research five years ago with some hope the migrant-marriage phenomenon might be a disruptive force for positive social change. Instead, she and colleague Paritosh Kumar soon found that behind the sari veils they are now made to wear at all times, these migrant brides are often abused, worked to the bone and without recourse to help.

The researchers found that the men who go looking for brides are usually older and can no longer rely on mothers or sisters to cook for them or do the other labour, such as tending cattle, viewed as women's work. And they need children to whom they can pass on their property. These men tend to be disabled, or with only small landholdings, and so they have not found a bride locally. "They're looking for free labour – in the fields and bearing children," Prof. Kukreja said. "They're not getting her for love or intimacy or any kind of relationship. They don't really want them, but they need them."

The women are made to work brutally hard, she said – much harder than daughters-in-law who are indigenous to the area – because of the contempt in which they are held (perceived as the child of people who would sell away their daughter), because they have no one to advocate for them and no way to flee.

The study found that at least 200,000 women have moved to the states of Haryana and Rajasthan alone in the past five years. These areas have some of the lowest women-to-men ratios in the world – about 720 women for every 1,000 men. (Sex-selective abortion to eliminate female fetuses accelerated in the early 1990s as ultrasound became more widely available and affordable in India. The shortage of marriageable women began to be felt in the first decade of this century.)

Prof. Kukreja, an adjunct lecturer in Gender Studies and Film and Media, and Prof. Kumar, who teaches global development studies, collected data from 1,200 brides in 226 communities in the two states, talking to brides who came from Orissa, West Bengal, and poor parts of other states to the east and south.

They found the great majority of men importing wives come from two large groups in the Hindu caste system – the Jats and the Yadavs. While not "high" castes, they are mainly prosperous farmers and powerful in both these states. They have khap panchayats , self-appointed panels of elders who make extrajudicial rulings about many aspects of village life, including whom people can marry.The cross-region brides are mostly Dalit women at the bottom of the caste hierarchy who leave landless families back home. Because the khap panchayats recognize the urgent need to import labour, the intercaste nature of the marriage is tolerated (as marriage to a local Dalit woman never would be).

But the women don't leave their caste status behind when they join the new family. Instead, they are isolated, mocked and abused throughout their married lives. "A Dalit woman from Haryana at least gets respite inside the walls of her own home. But for these women there's no escape, it's 24/7, for them and their children."

The study found that only a tiny proportion of the cross-region brides – about 6 per cent – are trafficked. Most choose to leave their homes behind, and while their new life is grim, they avoid the ignominy and constant threat of abuse as a single woman. Agreeing to cross the country for a man who cannot find a wife at home allows them to marry without the dowry their family could never afford to pay.

The cross-regional brides engineer the vast majority of these marriages, arranging for other women from their birthplace to marry into their new community. Acting as a matchmaker gives a woman a modicum of respect she otherwise lacks; she gains a companion in her new home, someone to lessen her intense isolation. "At least their bellies are full," Prof. Kukreja said. "It is a conscious decision to escape deprivation. But in the end, you've become an exile and you know there's no return." 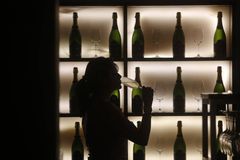 Gender geography: Where's the best place in the world to be a woman
March 8, 2013 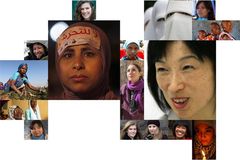 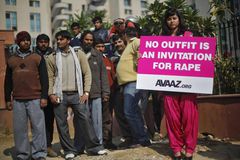 Why this 13-year-old's parents want her married despite India's laws
February 23, 2013 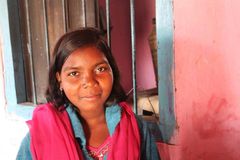