It's not often that the leader of a notorious organization renowned for deadly terror attacks leaves his position alive. But Khaled Meshaal, leader of the Palestinian Islamic Resistance Movement, better known by its acronym Hamas, is set to do exactly that.

Apparently adhering to a strict interpretation of the organization's charter that the chief of the political bureau, the only position Mr. Meshaal officially holds, be limited to two terms, Mr. Meshaal, 55, will not run again for the office when it is voted on this spring by the group's Shura Council. He is reported by Hamas's former representative in Lebanon to have made it clear this move signals his retirement.

Hamas's two previous leaders – Sheik Ahmed Yassin and Abdel Aziz Rantisi – left office rather more abruptly. They were assassinated in quick succession by Israel in March and April of 2004.

Mr. Meshaal will leave office at a sensitive time, just when his relative moderation may most be needed.

The quiet, intense man has been pivotal in efforts to reconcile with the secular Palestine Liberation Organization, and even has prodded Syria's embattled President Bashar al-Assad to usher in political reforms rather than attack his own people. His strategy has led to Hamas's estrangement from its long-time benefactor, Iran.

But, for Mr. Meshaal, one brush with assassination is enough.

Before 1997, hardly anyone, including most Palestinians, had ever heard of Mr. Meshaal. It wasn't his election to head the political bureau that catapulted him to fame that year. Rather it was then-Israeli-prime-minister Benjamin Netanyahu.

In September that year, Mr. Netanyahu authorized a targeted killing of the recently elected political chief.

Two Mossad agents bearing falsified Canadian passports injected a poison into Mr. Meshaal's ear as he walked outside his home one morning in the Jordanian capital of Amman. The two agents were chased and arrested, while four other people in alleged support roles took refuge in the recently opened Israeli embassy. Jordan's King Hussein was furious as the attack on his soil embarrassed him for having signed a peace treaty with Israel two years before.

In hastily conducted negotiations, the Israelis agreed to provide the antidote to the poison and to release then-imprisoned Hamas founder Sheik Yassin in exchange for the return of their six agents.

Mr. Meshaal was immortalized: He was the man who survived an Israeli assassination.

Seven years later, after his two predecessors were assassinated, the mantle of leadership fell to the man who had survived.

Compared to Sheik Yassin and Dr. Rantisi, both refugees in Gaza camps, Mr. Meshaal, born in a village north of Ramallah in the West Bank, is a moderate, and this may explain his voluntary swan song now.

This moderation became evident in early January, 2009, in the middle of Israel's war on Hamas in Gaza, which followed a Hamas campaign of firing rockets into Israel.

With hundreds of Gazans killed by Israeli aerial bombing, rocket and mortar attacks and few Israeli casualties, many thought Hamas would bring out the one weapon in its historic arsenal to have claimed many Israeli lives and struck fear in the whole country – suicide bombings against Israeli civilians. Beginning in 1994 and ending in 2005, Hamas had carried out several dozen such attacks and inspired other groups to do the same.

But Hamas members of parliament said that Mr. Meshaal had ordered an end to such attacks in 2005. Despite the pummelling Hamas was enduring in Gaza, he had no intention of resorting to the deadly tactic that gave Hamas its notoriety for violence, according to those parliamentarians.

Indeed, not during that time, nor any time since, has Hamas carried out a suicide attack against Israeli civilians. It's now coming up to seven years.

To be sure, Mr. Meshaal did not swear off waging resistance against Israel, believing it to be the right of all Palestinians to resist Israel's occupation of Palestinian lands. As such, he permitted, until recently, the launching of rockets from Gaza on communities in southern Israel, supposedly in aid of efforts to force Israel to end its closings of all Gaza border crossings.

But the Hamas leader did announce, repeatedly, that Hamas is willing to agree to the creation of a Palestinian state in the territories captured by Israel in the 1967 Six Day War – Gaza and the West Bank, including eastern Jerusalem. Mr. Meshaal always added, though, that he will not recognize Israel as a state, since he views it still as occupying Palestinian land.

Mr. Meshaal also accepted the idea of reconciling with the secular Palestine Liberation Organization chaired by Mahmoud Abbas, president of the Palestinian Authority that rules the West Bank, even though the PLO has accepted Israel's existence. In support of such reconciliation, he called last month for an end to unprovoked attacks on Israel, as requested as a show of good faith by Mr. Abbas.

A year ago, even before the popular uprising erupted in Syria, Mr. Meshaal urged Syrian President Bashar al-Assad to learn from the uprisings in Tunisia and Egypt and usher in political reforms before any trouble broke out.

Admittedly, Mr. Meshaal is partial to the Syrian opposition, led as it is by the Muslim Brotherhood, Hamas's parent organization. Still, Mr. al-Assad, who like his father had given refuge to the Hamas leadership when it had been thrown out of Jordan, was not amused.

This month, with the crackdown continuing against Syrian protesters, Mr. Meshaal is closing the group's Damascus headquarters and the leaders and their families are moving out of the country. In turning his back on the Syrian regime, Mr. Meshaal also is turning against Iran, a major benefactor that had insisted Hamas demonstrate support for Mr. al-Assad.

Middle East prisoner exchange creates as many controversies as it resolves
May 3, 2018 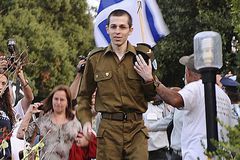 Shalit's release is good news for Israel, but even better news for Hamas
May 3, 2018 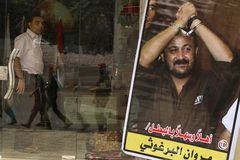 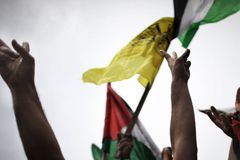