From the time of its formation in the Middle East a generation ago, Hamas has drawn considerable moral support - and, allegedly, financial support - from constituencies in Canada.

"I don't think they have a presence here, but they have many people sympathizing," says Aly Hindy, an Egyptian-born imam who preaches in Toronto. Many Muslims, he said, regard Hamas as a force for social good.

The government sees things differently. Ottawa officials declared Hamas a banned terrorist organization a decade ago. And yet, precisely what constitutes illegal support for Hamas remains a vexing question for federal authorities.

In 2006, the new Conservative government announced that Canada would be the first state to suspend aid to the then-newly elected Hamas government. Later, the Conservatives blocked British MP George Galloway from entering Canada, saying he had violated terrorism laws by being an outspoken Hamas supporter. (Judges overturned the measure and allowed Mr. Galloway to enter.) One U.S. law-enforcement official told The Globe that Hamas's footprint in Canada goes back to when the group formed in the late 1980s. That was when a Toronto mailing address was used to handle correspondence for a North American propaganda magazine.

That's consistent with a larger trend.

Most terrorist activity in Canada tends to be limited to "propaganda, financial, and/or support cells - most recently financial-support fronts for Hamas," U.S. diplomats posted to Ottawa wrote in a 2004 State Department cable, which has recently surfaced on WikiLeaks, but does not name names.

Authorities have zeroed in on certain charities as potential problems.

In 1993, the U.S. Federal Bureau of Investigation secretly monitored a meeting of mostly Arab men in a Philadelphia hotel. The FBI came to harbour suspicions that the purpose of the meeting was to set up a vast network to funnel money to Hamas.

One attendee of the meeting, Canada's Rasem Abdelmajid, went on to work as a general manager for a Mississauga-based charity known as IRFAN-Canada. After years of legal battles, federal tax regulators this spring blocked IRFAN from issuing tax receipts. The Canada Revenue Agency alleges the charity had moved funds to overseas organizations that it alleges are linked to Hamas.

IRFAN is appealing the case. It continues to raise funds as a not-for-profit agency and has never faced criminal allegations.

"What we are doing is 100-per-cent humanitarian projects, building some schools, helping some students, health education and so on," Mr. Abdelmajid told an interviewer during a recent Islamic conference in Toronto.

There are few documented cases of anyone in Canada lending direct support to violent Hamas militants, although one Gaza-born Canadian citizen has pleaded guilty to being such an operative.

In 2004, Jamal Akkal, then 24, confessed to raising funds for Hamas and scoping out targets for attacks in Canada. Though he pleaded guilty in an Israeli military court, he later recanted his confessions. He returned to Canada after serving a four-year jail sentence. 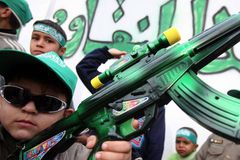 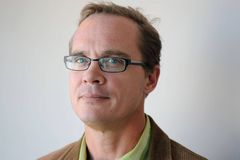 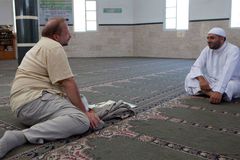