By the time Heather Reisman finished reading the story about the imminent stoning of Sakineh Mohammadi Ashtiani, her mind was made up. The chief executive of Indigo Books & Music jumped on her home computer and e-mailed some of North America's most influential women.

"Somehow, notwithstanding the sense of potential futility, I feel we must try and do something," she wrote at 11:10 p.m. on Monday.

A few hours later, in a high-rise apartment in Norway, a 23-year-old named Nayab Tahir created a Facebook group for Ms. Mohammadi Ashtiani that quickly generated more than 1,000 followers.

Ms. Reisman and Ms. Tahir - the former the founder of the largest bookstore chain in Canada, and the latter a Muslim social worker in Oslo - couldn't be more different. But both were part of a brief, galvanizing moment for women across the world that may have saved Ms. Mohammadi Ashtiani from Iranian authorities intent on burying her up to her neck and pelting her with fist-sized rocks.

Ms. Mohammadi Ashtiani, 43, was convicted in May of 2006 of having "illicit relationships" with two men in a northern city in Iran. She has reportedly already received 99 whip lashes as punishment, and was due to be stoned any day. But on Thursday afternoon Iran's embassy in London issued a statement explaining that her execution had been cancelled.

Little would be known about the case, if not for the son and daughter of Ms. Mohammadi Ashtiani, who posted an open letter on the Internet appealing to the world to do something. "To tell the truth, the term 'stoning' is so horrific that we try never to use it. We instead say our mother is in danger, she might be killed, and she deserves everyone's help," wrote Sajjad, 22, and Fasride, 17.

The case, which has also been heavily promoted by groups such as Amnesty International, resulted in a flood of campaigns - some small and amateurish, others slick and professional - to save the mother of two. And though there were many men speaking out against the woman's gruesome fate, such as Britian's Foreign Secretary William Hague who said the "medieval punishment has no place in the modern world," female voices were dominant.

Ms. Reisman's spur-of-the-moment e-mail to 10 female friends, including online publisher Arianna Huffington and Mary Matlin, a political consultant to former United States president George W. Bush, resulted in www.freesakineh.org. The online petition, which sends signatures and a stern message opposing stoning to the Iranian leadership, was generating about 1,000 signatures per hour as of Thursday night.

Ms. Reisman said that within an hour of sending her e-mail, she had heard back from every single recipient, and quickly the network of women exploded in size.

Volunteers such as Shirin Ebadi, an Iranian lawyer and Nobel Peace Prize recipient, as well as Irshad Manji, the outspoken critic of fundamentalist Islam, helped with the wording of the petition, Ms. Reisman said. Indigo's legal department quickly acquired the rights to the domain name, while Ms. Huffington gave her staffers the task of designing the site.

Brian Sirgutz, one of the Huffington Post editors who created the petition, said the team had one over-riding worry - time.

"We knew that at any moment she could be stoned to death so moving quickly enough was our greatest concern," he said.

Within 36 hours, the site was available for public viewing. The campaign has landed signatures from women such as former Canadian Supreme Court justice Claire L'Heureux Dubé and filmmaker Deepa Mehta. Well-known men, such as author Salman Rushdie, have also offered their signatures.

"My first inclination was to reach out to the women I know who are a force - each and every one of them," Ms. Reisman said. "I had the gut sense that I would get the reaction that I got, which was an instant 'Yes, let's do something.' "

From her apartment in Oslo, Ms. Tahir said her Facebook group has sparked e-mails from all over the world. "As a Muslim woman, seeing how much ignorance and injustice is going on in … Muslim countries in the name of Allah [the same God we share]puts me on fire!" she said.

It is the second time in the past year that the use of social media has appeared to publicly overwhelm the will of Iranian authorities. Last summer, protesters disputing the results of the country's presidential election, relied on websites such as Twitter to organize demonstrations. Some have dubbed it the "Twitter Revolution."

However, it is still unclear what the outcome of all of this will be for Ms. Mohammadi Ashtiani, who is still incarcerated, or what it means for the practice of stoning. Britain's The Guardian reported Thursday that an additional 12 women and three men are currently on death row in Iran awaiting death by stoning.

Death sentences for adultery: a crime against women
July 8, 2010 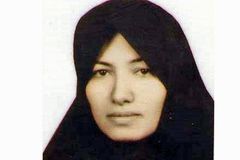 Opinion
Why a signature can make a difference in Iran
July 9, 2010 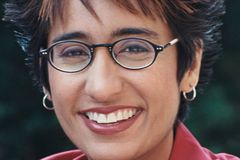 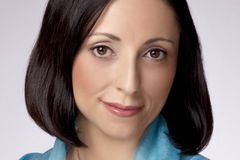