When the 13-vehicle convoy of Malian rebels crashed through the Libyan frontier, armed with anti-aircraft guns and other heavy weapons, the Libyan border guards were soon overwhelmed.

They managed to arrest five of the insurgents, but dozens escaped and headed north into the lawless desert of southern Libya, where they quickly melted into the dusty terrain.

This account of a border clash late last week, reported by a Tuareg activist in southern Libya with sources at the remote border posts, is part of the growing evidence that the retreating Islamist radicals of northern Mali are now migrating across a vast region of the Sahara, taking advantage of porous borders and finding shelter in a widening swath of dysfunctional states.

France's relentless campaign of air strikes and ground assaults in Mali has forced the Islamists to retreat northward into the desert. But the latest evidence of their new strongholds – from mountain caves in northern Mali to desert sanctuaries as far away as Libya and Sudan – suggests that the insurgents are regrouping in safe havens as they bide their time for a future counterattack when targets are softer.

It also suggests that the weak states of North Africa are becoming a valuable corridor for the Islamist fighters, allowing them to recuperate and rebuild in places French warplanes cannot reach.

Reports from Sudan suggest that the insurgents may have reached as far as Darfur, in western Sudan, after crossing the whole of southern Libya in recent days. They were spotted in Darfur by some of the Sudanese rebel groups that are active in the war-torn region.

The Arab Spring of 2011 has liberated Libya from a dictator's rule, but it has also created a shambolic new government and a dangerous security vacuum, easily exploited by the jihadi groups. "They hide in Libya, mainly because of the absence of government," said Hamed Fadel, a leader of the Tuareg ethnic group that traditionally lives in four countries across the Sahara region.

Mr. Fadel, who has extensive contacts in southern Libya, says the Islamist insurgents in northern Mali have benefited from a steady supply of Libyan weapons and volunteers since the fall of Moammar Gadhafi in 2011. "Weapons have spread – they are everywhere," he said. "The Islamist groups mainly got their weapons from Libya."

Photographs of abandoned or seized weapons in northern Mali and at an Algerian hostage-taking site have suggested that much of the rebel arsenal came originally from Mr. Gadhafi's store of weapons. The weapons were smuggled southward or sold on the black market to the Islamists, giving them a significant advantage over the Malian army in the rebellion that began in early 2012.

To reach Libya, the retreating rebels from Mali would have had to traverse across northern Niger or southern Algeria. These are largely empty desert wastes, with few border controls and little security presence. But the region is criss-crossed with smuggling routes, controlled by the rebels themselves, which helped them escape to North Africa when the French military pressure became too heavy for them to tolerate in Mali.

Algeria, immediately to the north of Mali, may be already encountering the retreating rebels. Four heavily armed militants – including two Libyans – were reportedly arrested in recent days by the Algerian army near the Algerian borders with Mali and Libya.

Fearing a spillover from the Mali conflict, Libya recently announced that its southern borders would be closed and the southern region would become a sealed military zone.

But this has failed to prevent the rebels from entering Libya as they withdraw from Mali. Despite the government announcement, those who live in the south have seen no real strengthening of Libya's borders, and no major reinforcement of the overstretched border guards. The guards, lacking good vehicles or observation posts, are unable to prevent the rebel move into southern Libya.

"We can't do much about it," said Kalmi Ramadan, head of a human-rights group in southern Libya. "We don't have the ability to stop them. We don't have the resources to control the borders. There's no army or anything, no support and no equipment. Nobody is guarding the border, except the same people as before."

Mr. Fadel agrees, noting that Libya's southern borders are thousands of kilometres long. The attempt to seal off the south "doesn't really make sense," he said. "It's not possible to close the border."

What Canada means to Mali, and Mali means to Canada
February 9, 2013 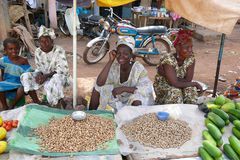 Opinion
A free, democratic Mali is worth fighting for
February 5, 2013 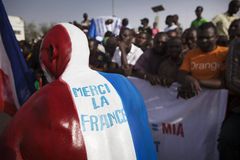 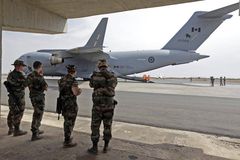 Canada pledges $13-million to Mali aid, but no cash for African troops
January 29, 2013 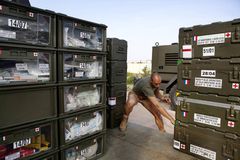