Few viewers will be riveted to tonight's Oscar Awards telecast as closely as Ken Taylor, the former Canadian ambassador to Iran whose heroics formed the backbone of a story told in a favourite in the best picture category – "Argo."

Should the movie win the best picture award, Mr. Taylor hopes that director Ben Affleck's acceptance speech will help to rectify the film's minimization of Canada's role in the dramatic rescue of six U.S. citizens caught up in the 1979 Iran hostage crisis.

"I think it is a genuine concern and a very legitimate one," Mr. Taylor said in an interview today. "We worked very well with the CIA – both the Canadians in Ottawa and in Tehran."

Mr. Taylor said that, while the U.S. Central Intelligence Agency did contribute significantly to the rescue, history must reflect that it was overwhelmingly a Canadian mission.

"I wouldn't want to leave it with young Canadians that we were sort of carried along by the CIA," he said. "It was a cooperative venture and the two countries worked very well together."

Debate around this year's Oscars have centred on the nature of historical accuracy when it comes to Hollywood characterizations of legendary events and figures.

Besides Argo, other favourites embroiled in the debate include Steven Spielberg's "Lincoln" and Kathryn Bigelow's "Zero Dark Thirty."

Mr. Taylor, who was widely portrayed as a hero in both Canada and the U.S. after he and embassy risked their lives to hide the six hostages, said that any depiction of Canadians as having been virtual bystanders is historically inaccurate and unfair.

He applauded former U.S. President Jimmy Carter for appearing on CNN on Thursday night to assert that, "90 per cent of the contributions to the ideas and the consummation of the plan was Canadian."

In a statement issued over the weekend, Mr. Affleck reiterated his admiration for Mr. Taylor's effort to rescue the hostages.

"I consider him a hero," Mr. Affleck said in the statement. "In light of my many conversations – as well as a change to an end card that Ken requested – I am surprised that Ken continues to take issue with the film."

"I spoke to him recently when he asked me to narrate a documentary he is prominently featured in and yet he didn't mention any lingering concerns," Mr. Affleck said. "I agreed to do it and I look forward to seeing Ken at the recording."

The controversy first emerged after "Argo" debuted at the Toronto International Film Festival last September. It centred on a postscript at the end of the film which inferred that the CIA permitted Canada to get more credit than it deserved.

Mr. Affleck later assuaged much of Mr. Taylor's anger by flying him to Los Angeles and allowing him to write a new postscript that more accurately reflected Canada's role.

"I think the movie is great," Mr. Taylor said. "It's tense and extremely well-directed. It reflects on the nature of diplomacy in a dangerous neighbourhood."

However, he said that that does not change the fact that Canadians have a right to see – and be seen – as having taken on an extraordinary risk to help U.S. citizens.

"I just hope that young Canadians would see the initiative Canadians took on as being something that reflects Canadian character," Mr. Taylor said. 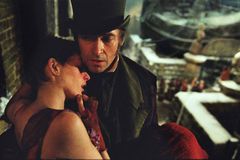 Who will win? Who should win? Globe film critics make their Oscar bets
February 22, 2013 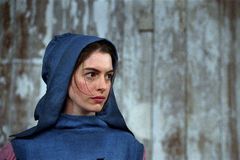 Canadian envoy who saved US colleagues in Iran dies
December 31, 2012 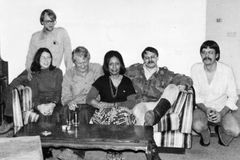