Terror by truck (or van or car) has become increasingly popular as a tactic, used almost exclusively by so-called lone wolves, people who are inspired by, but not managed by, a radical religious or politically oriented organization or speaker.

These individuals may have become outraged by news of how people who share their beliefs are being treated in other countries. They turn to vehicles already at their disposal because it's far easier than obtaining guns or manufacturing bombs. The act requires no conspiracy to carry out a plot and is often, more or less, spontaneous.

While not as deadly as suicide bombings, such attacks are much more difficult to prevent, the U.S. intelligence group Stratfor has noted.

Bombings require planning, teamwork and execution, during all of which increasingly vigilant security forces may discover the plot and foil it. Not so with the lone-wolf vehicle assaults.

In the past decade, there have been more than 20 such incidents of note carried out in various Western countries, almost always by men who are said to be acting in the name of Islam, or some specific radical Islamic movement, such as Islamic State, al-Qaeda or Hamas.

More of these kinds of attacks have been carried out in Israel than in any other country, and they tend to come in clusters. In the summer of 2008, three attacks were carried out, all by Palestinians against Israelis in Jerusalem.

The first two, in July, used construction vehicles – a bulldozer and a front-end loader – to ram into buses and cars on busy Jerusalem streets. Four people were killed and 20 injured.

Then in September that year, a young Palestinian man drove a BMW car into a group of off-duty soldiers, injuring 19, before he was shot to death.

In the fall of 2014, another series of three vehicle attacks were carried out, by steam shovel, car and van.

These clusters show the copy-cat nature of such attacks.

The Nice attack Thursday evening was the deadliest vehicular attack in France, but not the first. In 2014, apparently inspired by a video disseminated by Islamic State, three lone men carried out three attacks in quick succession – the first was a knife attack on police in Tours; the next day it was an attack by a truck running down pedestrians in Dijon, and the following day an attack by van on pedestrians in Nantes.

All came three weeks after Islamic State sent a message in French to the Muslims of France. It told them to attack non-Muslims, to "kill them and spit in their faces and run over them with your cars."

In view of the tendency for these attacks to come in bunches, the Nice attack on Thursday may not be the only one this summer.

There has also been a vehicle assault in Canada. In October, 2014, a man in Saint-Jean-sur-Richelieu, Que., who had recently converted to Islam, drove his car into two off-duty Canadian soldiers, killing one. The perpetrator was said to have been a follower of Islamic State and objected to the West's opposition to the group in Iraq and Syria.

Opinion
France’s terrorist problem is rooted in Syria, not Paris or Nice
May 16, 2018 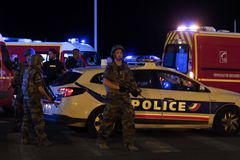 France grapples with a sad, horrible routine after attack in Nice
May 16, 2018 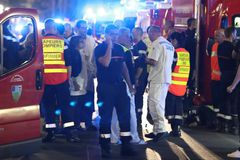 Canadian, world leaders proclaim solidarity with France after attack
May 16, 2018 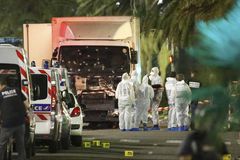 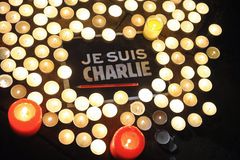 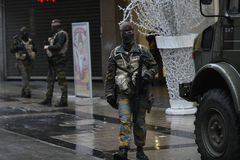