While the Turks are displaying a level of international outreach not seen since Ottoman days, Canada, too, is returning to past ways. Its announcement Monday that it will partner with the United Kingdom in the administration of some of their embassy operations around the world was undoubtedly driven by both countries' search for cost saving. But Canada's step back into the arms of Britain merely builds on a pre-existing international relationship among several Anglo nations.

While a number of present and former Canadian diplomats reached Monday say they worry if the administrative relationship in joint embassies goes too far, others say there's nothing to fear.

"I didn't have a knee-jerk negative reaction," said a seasoned ambassador when he first heard the news of shared Canada-Britain embassies. "For one thing, it's not new."

For years, Australia has represented Canadian interests in Cambodia, while it has used the Canadian mission in Barbados to represent Canberra's interests in that Caribbean nation.

Thirty years ago in Damascus, before Canada opened its embassy there, Australia represented Canadian interests in Syria, too, "and did a great job for us," said another former official.

Today, Britain leases an office to Canadians operating a mission in Myanmar and another at its embassy in Baghdad, allowing Canada to function in Iraq.

The Baghdad arrangement is not ideal, acknowledge a number of Canadian officials. Located within the British embassy compound inside the walled "Green Zone," the small Canadian facility finds itself sometimes in the line of fire: Mortar shells intended for U.S. or Iraqi government offices often fall short of their target.

Though it's been this way for several years, following the fall of Saddam Hussein, Canadian officials continue to say the British embassy arrangement is "transitional." Once things have stabilized in Iraq, Canada will open its own mission in the capital, they insist.

For the time being, Ottawa's deal with the British in Baghdad does not provide what can be called an embassy. Rather, it includes a one-room office for Canadians to keep their secure files, along with a bedroom when the ambassador or political officer is visiting. (There's an additional charge if more than one official visits and a second bedroom is needed.) The Canadian embassy itself, and its staff, are officially located in neighbouring Jordan.

For all its shortcomings, the arrangement has allowed Canadian officials to function on behalf of Canada in the war-torn country.

Beyond examples of joint administration, it's also not a new idea that Canada would co-operate with Britain in another of an embassy's important functions: the gathering of intelligence.

Since 1946, Canada has co-operated with the United Kingdom, United States, Australia and New Zealand in sharing intelligence gleaned from monitoring communications in several countries around the world.

Historically, diplomatic relations began not with the establishment of permanent missions but with the visits of other states' envoys. These visits often occurred during times of war with representatives carrying terms of surrender or offers to put aside differences. It was from such times that the notion of diplomatic immunity arose – to safeguard the envoys.

In the days of European city states and perpetual conflict, states did not want other states to establish a permanent mission within their walls, fearing they would simply spy on them.

During the entire Iran-Iraq war from 1980 to 1988, Iran's ambassador remained at his post in Baghdad – his country's flag fluttering near Iraqi government offices even as more than a million Iraqis were killed in the fighting and much of the country was at risk of falling to Iranian forces.

Ironically, the country that provided the greatest assistance to the Saddam Hussein regime in preserving Iraq intact didn't have an embassy there at all. U.S. military and political officials, operating in the Belgian and Polish embassies, provided the Iraqi forces with daily briefings of Iranian troop movement and the effectiveness of Iraqi attacks on the enemy.

Embassies are becoming outdated, some say, and will be replaced by virtual embassies.

To some extent, that's already happening: In many places, renewing a passport involves downloading an application form and couriering it to Passport Canada. Embassies need not be involved. Other services may soon be dropped as well.

But can Canadian interests be well represented by British diplomats acting on Canada's behalf?

"Can you imagine the current Canadian government allowing the U.K. to represent Canada's interests when it comes to Israel's settlement policy?" asked Michael Bell, referring to the fact that Britain takes a much more critical view of Israeli policy in the West Bank.

If co-operation applies only to sharing a motor pool, splitting security costs and employing some of the same local staff, there should be no problem, even the most wary officials say.

The interesting thing, said a former senior diplomat, isn't why Britain wants to co-ordinate with Canada; it's what it tells us about Britain that it does not want to partner with embassies of the EU of which it is a part. 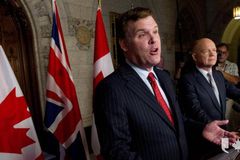 Opinion
Is Canada-Britain diplomatic resource-sharing a return to colonial past?
September 24, 2012 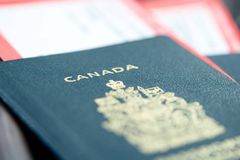 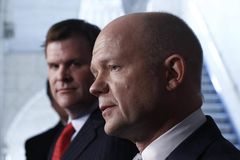 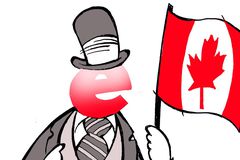 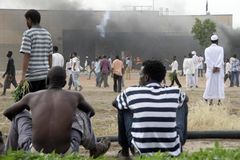