Given the headlines, you can be forgiven for thinking that HIV-AIDS is the world's most deadly infectious disease. In fact, it's tuberculosis.

TB, a bacterial infection that has been ravaging victims for more than 5,000 years, still kills 1.5 million people a year worldwide, and that number is rising.

HIV-AIDS, 35 years after it rose to prominence, claimed 1.1 million lives last year, and the death toll is falling.

The biggest threat to those infected with HIV, by far, is TB.

The way HIV – the AIDS virus – kills is by destroying the immune system, leaving sufferers susceptible to myriad infections. The most opportunistic infection of them all is tuberculosis.

More than one million HIV-positive patients contract TB annually, and more than 500,000 die due to the respiratory illness, almost half of all AIDS deaths. (While some mortality data are estimated – especially in developing countries – there are efforts made to avoid overlap and double-counting.)

HIV and TB are, in fact, partners in crime, and the world's most deadly duo.

"For many countries, including mine, TB and HIV are two sides of the same coin," said Dr. Aaron Motsoaledi, South Africa's Minister of Health and chairman of the Stop TB Partnership. The officially stated goal of the World Health Organization is to eliminate both scourges by 2030.

But while there is an International AIDS Conference – which has drawn 18,000 scientists, clinicians, activists, politicians and celebrities to Durban, South Africa, this week – and international funding tops $8.1-billion (U.S.), the TB world had to settle for a modest pre-conference meeting, and a little less than $6-billion from donor countries.

If TB is going to be eliminated, it is estimated that about $13-billion annually is required to do the job, because the infection is common – about 9.5 million cases a year, compared to two million cases of HIV.

"Tuberculosis is the impoverished cousin and that's a matter of some consternation since it's the infectious disease that has ascended to the top of the empire of death," said Stephen Lewis, co-founder of AIDS-Free World. Most frustrating of all, he said, is that tuberculosis is both preventable and treatable.

"Of the 1.5 million deaths annually not a single death is necessary. What in God's name in wrong with the world?" Mr. Lewis said in an impassioned speech.

The main source of funding for TB programs is the Global Fund to Fight AIDS, Tuberculosis and Malaria, but only 17 per cent of the fund's money goes to TB, compared to 53 per cent for HIV-AIDS and 30 per cent for malaria.

"Tuberculosis has climbed the list of major killers because it is at the bottom of the list of political priorities," said Joanne Carter, executive director of RESULTS, an anti-poverty advocacy organization. To make matters worse, much of the work is siloed, despite the fact that HIV and TB often travel together and co-infect.

"Until now, the burden of fighting TB-HIV co-infection has most fallen to under-resourced TB programs, which is inefficient," said Mandy Slutsker, policy and advocacy manager at ACTION, a global health coalition, which on Wednesday released a report on why and how TB and HIV programs should be more integrated.

This kind of synergy would not only be practical and cost-saving – TB medications could be distributed alongside HIV meds – but it would have medical benefits too.

Research shows that HIV-positive patients taking antiretrovirals have a much lower risk of contracting tuberculosis and treating TB cuts in half a co-infected patient's risk of dying of AIDS.

Dr. Anton Pozniak, TB service lead at Chelsea and Westminster Hospital in London, said TB drug prices have to come down, as they have with HIV, and work has to be accelerated on a vaccine. (There is a TB vaccine, but it is used mostly for high-risk children because it works poorly in adults.) But, above all, he said, there needs to be a willingness to take TB as seriously as HIV-AIDS.

Dr. Pozniak quoted Nelson Mandela, who suffered from TB while imprisoned. Years ago, Mr. Mandela said: "We can't fight AIDS unless we do much more to fight TB as well." 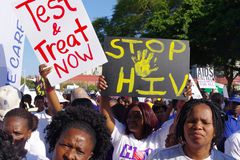 Canada pledges $785-million to fight AIDS, tuberculosis and malaria
May 9, 2016 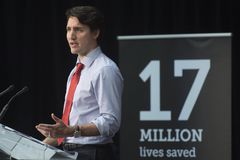 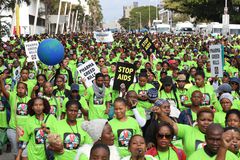