His girlfriend has disavowed him. His colleagues have accused him of lying. His romantic life has been made uncomfortably public, he has been labelled a traitor by angry Chinese Internet users and he has been warned that his outspokenness has placed him in danger.

But Hong Kong bookseller Lam Wing-kee is not backing down from his explosive account of being abducted in China and subjected to harsh interrogation by secretive authorities.

He has instead continued to speak out, telling The Globe and Mail in an interview on Monday that his lengthy detention led him to formulate detailed suicide options, and saying it's time for countries such as Canada to more forcefully speak out against Chinese abuses.

His lowest moment, he said, came when a special interrogation team dispatched from a central investigative unit in Beijing "told me my 'crimes' were so grave that I could be held indefinitely without the need to go to any trial."

The two interrogators pounded the table and shouted down any attempt he made to defend himself. He was not beaten. But barred from speaking with a lawyer or his family, the experience left him psychologically devastated. "They could have killed me any time they wanted. I thought I had entered another world," Mr. Lam said.

The disappearance of Mr. Lam and four other booksellers last year raised fears that Chinese authorities are seizing critics to silence them, and in some cases reaching across state borders to do so.

Mr. Lam said he was taken by a special Chinese special investigative group – one China scholars say likely has ties to the top leadership in Beijing – who forced him to make a televised confession, providing a script from which he could not deviate.

On Monday, Hong Kong chief executive Leung Chun-ying promised to immediately write Beijing to "express Hong Kong people's concern on this case." The city's most powerful political figure also promised to review the notification system by which mainland authorities communicate with Hong Kong about detainees. Hong Kong officials will be sent to China to follow up "if necessary," Mr. Leung told reporters.

Mr. Lam, however, said his experience has left him deeply disenchanted with the "one-country, two-systems" model that is intended to allow Hong Kong a great deal of autonomy.

Mr. Leung "can achieve nothing," he said, lashing out at a Hong Kong government that "has absolutely no credibility. It is just a puppet government," answering to Beijing.

Four of the booksellers who disappeared have now made appearances back in Hong Kong. A fifth, Swedish national Gui Minhai, was taken from Thailand in October and resurfaced in China this year. He has not been heard from in four months.

Mr. Lam vanished Oct. 24, when he was detained at a border crossing into Shenzhen, blindfolded and sent by train to the southern Chinese city of Ningbo. For five months, he was held alone in a small room and subjected to intense surveillance and questioning, with six two-person teams keeping a constant watch over him.

The interrogation was so severe he made plans to kill himself, deciding he would run to a building opposite where he was held and jump from the roof. He kept constant watch for an opening."That seemed to me the best way to end it all," he said. "I thought about this many, many times. The stress was tremendous."

He faulted China's government for tainting the ways its people think, particularly after he was accused of seeking to overthrow the Communist Party by going public about his treatment.

"It never occurs to these people that an individual can speak out just for the sake of justice," he said.

For its part, China says it had jurisdiction to detain Mr. Lam, a permanent resident of Hong Kong who remains a Chinese citizen. "He violated Chinese law in the mainland. Therefore, law enforcement authorities here have the right to deal with the relevant case in accordance with law," Chinese Foreign Ministry spokeswoman Hua Chunying said Friday.

The interrogation of Mr. Lam was so effective that when he was allowed to return to Hong Kong last week, he described a sort of Stockholm syndrome that left him eager to please those who detained him.

He entered Hong Kong fully believing he would return to China, he said. His interrogators had dispatched him home to retrieve a hard drive containing names of mainland customers to whom he had mailed banned books. The evidence would be stronger against those buyers if it came directly from Mr. Lam, he was told.

"It was not my intention to deceive them. I changed my mind only after seeing so many people taking to the street," he said.

After two days in the city – and only half an hour before he was due back in China – he stopped at a train station, smoked three cigarettes, and thought about the thousands who had protested his detention. He had only discovered their support upon returning home and reading the news.

"I was really touched," Mr. Lam said. "It became clear to me that this incident concerned not just our little bookstore, but the rights of all people in Hong Kong. If we did not voice our opposition this time and let the world know what happened, Hong Kong's freedom could vanish very soon."

Since telling his story, however, Mr. Lam has been subjected to a fierce backlash. His former girlfriend, in an interview with pro-Chinese media in Hong Kong, said she was glad to be free of the nightmare of being with him; a mainland librarian was also quoted as offering hearsay about his romantic life, including additional lovers. Other booksellers have contradicted parts of his account, including Lee Bo, who denied being kidnapped.

In China, authorities have censored virtually all discussion of Mr. Lam, although Internet users found ways to attack him on social media. One said he bore "the look of a traitor." One called him a "bad boyfriend." Another questioned why anyone would believe him when the other booksellers offered differing accounts.

Despite the sting of being abandoned by those close to him, Mr. Lam offered no rebuttal.

"Everything they said was against their will. So I am not going to rebuke them because every time I do, they will only be made to tell lies again – and that will only cause them more pain," he said.

On Monday, Hong Kong police asked Mr. Lam if he needed any form of personal protection. "So far I don't see any need for that," he said.

Mr. Lam said countries who trade with China should take notice. "I hope Canada can do more to raise concerns about human rights in China via diplomatic channels," he said, rather than "just limiting the relations between the two countries to business."

Diana Khaddaj, a spokesperson for Global Affairs Canada, said in a statement that "Canada was very concerned about the disappearances last year of Hong Kong-based booksellers."

"Canada continues to urge China and Hong Kong authorities to adhere to their human rights obligations, to prevent the occurrence of similar apprehensions in the future," she said.

Mr. Lam's account should raise concerns, said Michael Davis, a professor at the University of Hong Kong's faculty of law. He pointed to the hundreds of thousands of people in Hong Kong who hold Canadian passports.

"Will the security of Canadians in Hong Kong be protected? Or can they be snatched off the streets?" he said. "If these events are as Mr. Lam describes them, then it's a concern."

It's unlikely such disappearances will become commonplace, Prof. Davis said.

But for those already worried about China's conduct, and its willingness to flout laws and borders in service of political objectives, Mr. Lam's story, he said, is a "smoking gun."

- With a report from Samuel Chan 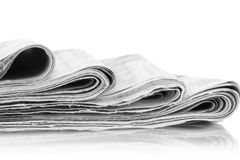 Xi smacks down China’s propagandists – for being insufficiently propagandist Subscriber content
May 16, 2018 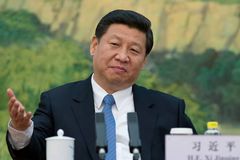