Journalists in Hong Kong have taken to the streets to protest against what they say is growing interference in press freedom, amid rising fears of mainland China's influence in the region's affairs.

On Sunday, thousands of reporters and supporters marched through Hong Kong to oppose to what they say is the "rapid deterioration" of freedom of speech.

They point to a series of worrying events, including the replacement of the chief editor at Ming Pao, an independent newspaper that has not shied away from reporting on Chinese human-rights violations; the blacklisting of certain liberal scholars from news coverage; the sudden and apparently co-ordinated suspension by Chinese state-owned companies of advertising in a pair of Hong Kong tabloids; and the denial of a broadcasting licence to a planned Hong Kong television station.

"Our calling is now in its death throes," Sham Yee-lan, who chairs the Hong Kong Journalists' Association, said in a speech. "The reality facing the front-line reporter is simply this: Keep silent. Do as you are told. Or get out."

Freedom of the press is enshrined in the Basic Law, which acts as Hong Kong's de facto constitution. But surveys of local journalists have found deteriorating views on press freedom, while opinion polling has shown slides in media confidence among the public.

In the Reporters Without Borders press freedom index, Hong Kong fell to 58th in 2013 from 18th in 2002, only a few spots above Sierra Leone (Canada is 20th).

The weekend rally was inspired in part by the firing of Li Wei-ling, a popular radio talk-show host who was often critical of the government. She was turfed in mid-February. In tears, she later said her dismissal came at the behest of Hong Kong Chief Executive Leung Chun-ying, whom critics see as an emissary of Beijing.

"This is a concern for the whole media industry. It is not an isolated incident," Ms. Li said.

Mr. Leung has denied any involvement; an official with her employer, Commercial Radio, called her claims "ridiculous and without factual justification."

But China under President Xi Jinping has taken a dim view of the brief rise in free expression that appeared, particularly online, in the last years of the Hu Jintao administration. In Mr. Xi's first year, he has overseen a crackdown on high-profile Internet voices and a subsequent and ongoing move to try to imprison dissidents.

Now, some in Hong Kong media say China's assertiveness is also affecting the way their press operates, an issue of global concern given the critical voice Hong Kong has long played in offering an unsullied window on China.

"If the window is being darkened or the shade pulled down, how can we know more about this country? And how can your investments be safe if you know nothing about this country?" said Shirley Yam, vice-chairwoman of the Hong Kong Journalists Association.

Concern over China's creeping influence in Hong Kong is not new; even before the handover in 1997, local lawyers and activists raised alarms over secretive efforts by the Communist Party to exert control.

But the worries have escalated since Mr. Leung took office in 2012, and are set against swelling distrust of Mainland China. Legal experts have voiced concern about the commitment of Hong Kong leadership to maintain fully independent courts, while several small protests have broken out against the rise in mainland tourists.

Mr. Leung has, time and again, sought to deflect the worry, saying he staunchly supports press freedom and does not want to alter the fabric of Hong Kong. Chinese press have backed him.

In the case of Ms. Li, the fired host, the state-backed China Daily argued that the substantial coverage devoted to her firing was obvious evidence that free speech is alive and well: "The matter is nothing more than a spat between a commercial enterprise and one of its employees."

But in Hong Kong, Mr. Leung is the object of much distrust. When he took office, he was met with a protest 100,000-strong. Convinced that he is a secret Communist cadre – a charge he has repeatedly and strongly denied – local critics have nicknamed him the "wolf." Lately, Hong Kong IKEA stores have been overwhelmed with demand for the company's Lufsig wolf doll, a model that captured the public's imagination after a protester threw one at Mr. Leung in December.

"From law to business to property to development to education, people have been worried, not just that things are changing in Hong Kong, because it's expected that things will change, but that freedom is being eroded," said Tara Joseph, president of the Hong Kong Foreign Correspondents' Club.

Yet in the midst of the concern is a flourishing in media industry creativity, designed in part to circumvent the potential for government censorship. HKTV, the planned TV station denied a broadcast licence, is laying plans for a series of TV channels broadcast over the Internet, including a 24-hour news channel. They are expected to launch this summer.

Another online-only broadcast has already pioneered the way. Albert Cheng, a publisher and one-time talk show host who, like Ms. Li, was fired by Commercial Radio, launched a digital radio station in December, 2012. Called D100, it now boasts 500,000 daily listeners, making it one of the top five in the world.

"All the critical voices are gone from the main media. It's all gone now," said Mr. Cheng, who also blames Mr. Cheung for his dismissal from Commercial Radio in 2004. Since then, he said, a systematic effort has effectively cleansed mass media.

But it has not touched the Internet, where online broadcasters do not face government regulations merely to send out a signal.

They do, however, face a challenging business model. D100 has no advertising, instead relying on donations through a public radio model. In March, it will begin charging subscriptions of roughly $100 (U.S.) a year.

Mr. Cheng needs tens of thousands to sign up. "If people want to hear the truth, they have to pay for it," he said. "Because they won't get the truth from the mainstream media." 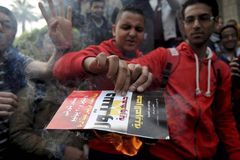 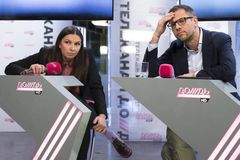