As protesters took over the streets of downtown Hong Kong last fall, police in Beijing swept up people who supported the pro-democracy movement. On October 13, they detained Yu Wensheng, a lawyer with 13 years experience working primarily on corporate civil conflicts.

In the 99 days that followed, Mr. Yu was interrogated roughly 200 times, sometimes for 20 hours a day – a treatment that remains routine in China today, which remains plagued with judicial system abuses that continue to exist despite legal reforms, a new report from Human Rights Watch underscored Wednesday.

When the people interrogating Mr. Yu decided he was not cooperating sufficiently, they placed him in a "tiger chair," an instrument of torture that immobilizes prisoners by lashing down their limbs.

"The chair and the handcuffs were both very sharp. I have no words to describe the feeling. It was beyond what I could bear," he said, the pain so intense that he cannot remember it clearly. Three times he was placed in the chair; once, his hands swelled to several times their normal size, making them so big it was nearly impossible to release the handcuffs.

Mr. Yu developed a hernia on his intestine. "Less than two weeks after I was released on bail, I had to have surgery on it," he said in an interview.

"If they could use torture of this kind on a lawyer, it's impossible for ordinary people to receive real human rights," he said.

This kind of treatment was supposed to be a thing of the past in China, which in 2012 passed an "exclusionary" rule meant to bar evidence obtained through torture, as part of a broader effort to root out abuse. The country has celebrated its successes, saying some of the worst problems have been "effectively curbed." Even human rights lawyers say police and prison guards are torturing less than in the past.

But researchers with Human Rights Watch spent 18 months studying prisoner abuses, drawing heavily on a new publicly-accessible database of judicial verdicts. They searched through 158,000 verdicts from the first four months of 2014, and found 432 cases where suspects said they were tortured. In only 23 of those cases was evidence tossed, and "none led to acquittal of the defendant," the report found.

The country's judicial system is so deeply intertwined with its political apparatus that torture cannot be effectively rooted out without wholesale change, according to the report, released Wednesday, that documents troubling treatment of those who fall afoul of Chinese authorities.

Prisoners are abused directly by interrogators and guards but also by "cell bosses," who are fellow prisoners used by authorities to enforce discipline and mete out punishment.

The persistence of the problem shows the difficulty China faces in attempting to eradicate ugly practices while maintaining a system where the Communist party holds paramount power, keeping the courts from being independent and allowing judges to do as they please – including hiding verdicts in cases where torture is alleged.

Under-funding of local police, combined with political pressure to solve crimes – in particular violent offences like murder – make it "expedient for the police to rely on torture, which they consider the most efficient means of obtaining the necessary evidence for criminal prosecutions and convictions," the report says.

There are other reasons, too. Some torture to punish political prisoners. Still others are tortured in forced labour environments, where violence is used to compel more productive work.

Some of it is legal, under a legal regime that remains unclear. Chinese rules do not specifically prohibit torture used to secure a confession, nor do they outlaw violence by cell bosses, and "interrogation tactics such as prolonged sleep deprivation remain lawful," the Human Rights Watch report notes. The legal system also provides few opportunities to monitor for wrongdoing. Suspects may not have lawyers present during questioning, and judges can, at their discretion, opt to keep their verdicts from the public database, providing an easy way to keep the worst violations under wraps.

Yet Chinese lawyers say the situation is nonetheless better than before. "Lengthy interrogations still exist but torture, such as beatings, have largely improved and been reduced," said Zhang Weiyu, a Shandong lawyer who has represented Mr. Yu, the tortured lawyer.

Another bit of progress: suspects no longer need police authorization to meet with a lawyer. And interrogations are supposed to be videotaped.

But with many loopholes still in the system, and no independent check on the power of the state security apparatus, people like Mr. Yu say eliminating the problem will be impossible.

"As long as they want to torture whoever they want, they can keep doing it," he said. "Why? It's in their anti-human nature. China today needs human rights, rule of law, democracy and freedom."

Yu Mei in Beijing contributed to this piece. 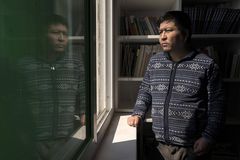 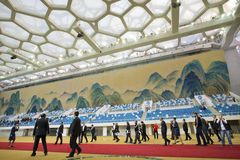