The husband of the Canadian ambassador to Libya took a senior position in a company headed by one of Col. Moammar Gadhafi's sons just weeks after his wife's appointment to Tripoli in 2009.

Edis Zagorac, whose wife is Ambassador Sandra McCardell, began working for a joint-venture company chaired by Saadi Gadhafi on Oct. 1, 2009, less than three months after Ms. McCardell took her post on July 20.

Information obtained by The Globe and Mail outlines in more detail Mr. Zagorac's intimate involvement with the Executing Agency of the Libyan Corps of Engineers, a military and civilian entity run by Saadi, who has an apartment in Toronto and fled to Niger when the Gadhafi dictatorship collapsed last year amid a popular revolt. Saadi has threatened to launch a counter-revolution in Libya.

Mr. Zagorac's role with such a high-profile player in the old regime raises questions about how effective Ms. McCardell will be in representing Canada's interests with Libya's new government. At this point, according to sources close to the Canadian government, there has been no indication Mr. Zagorac's work has been problematic.

"At this point we can confirm that Ambassador McCardell did seek the proper guidelines," Mr. Baird's spokesman Joseph Lavoie said Wednesday.

Mr. Baird praised Ms. McCardell's work in Libya recently, saying she had done a "fantastic job." He added that he is concerned about Canadian companies operating in troubled countries. "Obviously, I've expressed in the past and we're reviewing the issues of, you know, Canadian corporations working on, particularly on, military or security issues with regimes with abysmal human rights records," he told reporters last week.

Mr. Zagorac and Ms. McCardell were at their home in Ottawa Wednesday but unavailable for comment.

The Executing Agency was a joint venture set up in 2009 by Saadi and Riadh Ben Aissa, a former vice-president of SNC Lavalin Group Inc. Saadi chaired the agency and used it to select and manage projects for the Libyan Corps of Engineers, which he also set up with SNC. Both companies pursued Saadi's grand ambitions that included building a desert city for 30,000 people, complete with tourist attractions and a golf course, as well as constructing a prison near Tripoli for 4,000 inmates.

Mr. Zagorac started out as "operations manager" and became "managing director" of the Executing Agency. One staffer later referred to him as president. "Mr. Edis Zagorac the President of the Executive Agency reminds me of P6 Training Program of Libyan people; I don't react on what he said I just follow his instructions," a senior planning engineer wrote in a "daily activity report" dated Aug. 13, 2010.

Mr. Zagorac was one of five people authorized by Saadi to "initial, sign and submit" all documents related to several projects, according to information reviewed by The Globe. His duties also included arranging the background music for a video promoting the company, designing a corporate brochure and organizing a launch celebration. He was also involved in details of the prison project, such as sorting out the cement requirements for the foundation. He even ordered office supplies for the Executing Agency, including a computer, calculator and a "safe cabinet."

Mr. Zagorac attended a board meeting of the Executing Agency on May 3, 2010, chaired by Mr. Ben Aissa, that raised concerns about competition from other companies and discussed several projects, including the prison. Near the end of the meeting, board members expressed "gratitude" for the prison design and suggested they approach Amnesty International for comments.

"He was one of the players," said Gary Peters, Saadi's former security guard, referring to Mr. Zagorac. Mr. Peters recalled meetings between Saadi and Mr. Zagorac.

It's not clear how Mr. Zagorac got his job but Mr. Ben Aissa spent more than a decade working in Libya for SNC. The firm rushed into Libya in the late 1990s, along with many others, after Col. Gadhafi was rehabilitated in the eyes of Western leaders. Mr. Ben Aissa's efforts helped the Montreal-based engineering firm win at least $1-billion worth of contracts and he became one of SNC's top executives.

Earlier this month SNC said it dismissed Mr. Ben Aissa, citing the company's code of ethics and business conduct. The company has also launched an internal investigation into $35-million in unexplained payments, although it's not clear the money relates to Libya. Mr. Ben Aissa has said he resigned and he is threatening to sue the company. 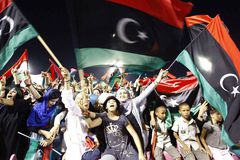 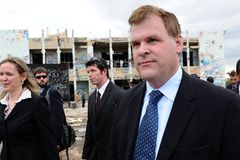 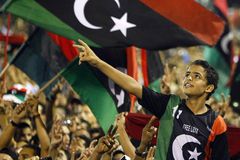 Bargains with Gadhafi: Should the world deal with the devil?
April 30, 2018 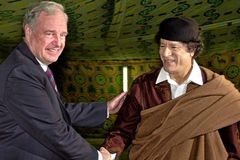