The chief prosecutor for the International Criminal Court said on Friday she is seeking an investigation of alleged war crimes committed in the war in Afghanistan, an unprecedented probe that could involve U.S. troops.

Prosecutor Fatou Bensouda said in a statement that a preliminary examination found "a reasonable basis to believe that war crimes and crimes against humanity" were committed in Afghanistan after U.S.-led troops moved in following the Sept. 11, 2001, attacks.

Once the prosecutor submits her investigation request to the court, which is based in the Dutch city of The Hague, it's then up to the tribunal's judges to decide whether to open one. Ms. Bensouda's office said her request will be filed publicly "in the days to come."

An Afghanistan probe would be exceptional because, up until now, all ICC trials have dealt with alleged crimes in Africa. The only case currently under investigation outside Africa is in the former Soviet republic of Georgia.

Human Rights Watch welcomed the announcement as a step toward ending impunity for crimes in Afghanistan.

"Thousands and thousands of Afghans have suffered horrendous human-rights abuses and war crimes over the years and there has been no accountability," Richard Dicker of the group's international justice program told the Associated Press. "The announcement today by the prosecutor opens the door to the possibility that for the first time there may be some justice possible for the victims."

Ms. Bensouda said in a report last year that U.S. forces and CIA agents may have committed war crimes by torturing detainees in Afghanistan between 2003 and 2014. That opens the possibility that Americans could be among those investigated for possible prosecution, even though the United States is not among the court's more than 120 members.

Taliban and Afghan government forces also may have used torture and committed other atrocities in Afghanistan's long and bitter conflict, the report said.

Ms. Bensouda said in a statement on Friday that if judges approve an investigation, her office "will investigate, within its mandate and means, in an independent, impartial and objective way, crimes within the Court's jurisdiction allegedly committed by any party to the armed conflict."

Americans could face prosecution if their alleged crimes took place in a country that is an International Criminal Court member, such as Afghanistan, and if they were not prosecuted at home.

However, legal experts say the chances of American service members being charged and sent to face justice at the ICC are remote.

Katherine Gallagher, senior staff attorney at the Center for Constitutional Rights, a U.S. rights organization, said the possibility that Americans could be charged sends a "long overdue message that no one is above the law."

Established in 2002, the International Criminal Court is the world's first permanent court set up to prosecute war crimes, crimes against humanity and genocide.

Ms. Bensouda's 2016 report said the alleged U.S. war crimes "were not the abuses of a few isolated individuals. Rather, they appear to have been committed as part of approved interrogation techniques in an attempt to extract 'actionable intelligence' from detainees."

The prosecutor's report noted that U.S. authorities have conducted dozens of investigations and court-martial cases.

After the Sept. 11 attacks, the Bush administration allowed the use of waterboarding, which simulates drowning, and other interrogation techniques against suspected terrorists. Former president Barack Obama banned such practices after taking office in 2009.

A full-scale investigation, if approved by judges, could take months or more before the prosecutor decides whether to file charges. Then it remains to be seen if suspects can be detained and handed to the court for trial.

"We have seen that arrest and surrender is the Achilles heel of international justice," Mr. Dicker said. 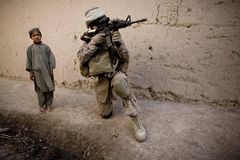 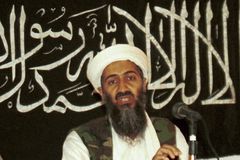 Trump to grapple with ghosts of Vietnam in upcoming Asia tour
October 24, 2017 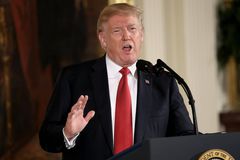