Mark Carney's first public statement as Governor of the Bank of England wasn't about monetary policy or banking regulation. It was about putting women back on British pound notes.

The bank has faced a storm of criticism ever since Mr. Carney's predecessor, Sir Mervyn King, announced in April that Sir Winston Churchill would replace 19th-century prison reformer Elizabeth Fry on the £5 bill, leaving no women on British notes other than the Queen. Sir Mervyn denied that the bank was deliberately excluding women and pointed out that the bank had done an internal mockup of a £10 note with Jane Austen replacing Charles Darwin. However, he said the final decision about who should go on the currency was up to Mr. Carney, who took over Monday.

On Wednesday, Mr. Carney, former governor of the Bank of Canada, said he began working on the issue during his first day on the job. In a letter to British MP Mary Macleod, who has led an effort to put woman on the notes, Mr. Carney said he understood the concerns and added that the currency "should celebrate the diversity of great British historical figures." He promised an announcement by the end of July.

While Mr. Carney's first couple of days in London have gone smoothly, the same cannot be said for his wife, economist Diana Carney. The British press has been in something of a frenzy this week after one newspaper reported comments she made in a blog months ago about hating individually wrapped tea bags. "Yes, they can be pretty (especially Pukka teas from the UK) and convenient, but do we really need an extra 40cm" of bleached and printed paper with every cup of tea?" she wrote in February on a website called "Eco Products That Work" where she reviews ecologically friendly products.

In another posting in March, Ms. Carney appeared to question the safety of cosmetics made in China. "I am horrified by the number of personal care items (soap, lotion and the like) that come from China these days," she wrote. "Shipping heavy, water-filled items makes no sense ecologically. Then there is the question of what exactly it is you are slapping on your skin."

The comments prompted a flurry of coverage. For those "millions who adore the convenience of the tea bag, it was enough to make us choke on our Tetley's," wrote the Daily Mail which added that widespread use of paper tea bags helped build Britain's tea industry. The Daily Mirror called Ms. Carney an "eco-warrior" who had declared war on tea bags and told Britons not to buy Chinese beauty products. "Diana Carney said tea bags are harmful to the planet – rather like bankers," the paper added.

Even bookmaker Ladbrokes got in on the action. On Monday, the betting service posted 50-1 odds that Mr. Carney would ban tea bags at the Bank of England.

Ms. Carney hasn't spoken out publicly on the issue, other than saying in an e-mail to the National Post that she was not "anti-tea bag." And her last blog entry, dated last month, indicates she plans to lie low for a while. In the entry she wrote that her "postings are likely to be few and far between over the next few months as I make the move [to London from Ottawa]. I don't think that news will ruin your summer. I just hope you won't turn your spam filter against me as I intend to pop up in your mail box again sometime in the fall." 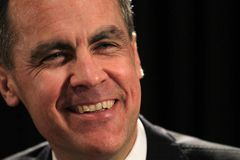 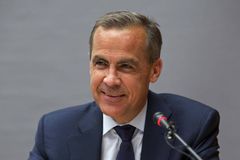