The basement of Our Lady of the Assumption buzzes with the sound of relief work.

Canned goods land with a thud. Cardboard boxes unfold with a pop and slam shut with a screech of packing tape. Volunteers hurry to fill shipments for the Philippine provinces devastated by Typhoon Haiyan. The church's pastor, Father Ben Prieto Ebcas, spent the last several days trying anxiously to contact his brothers. On Monday, he was able to confirm that they had survived.

Similar scenes are playing out across the country and around the world as the vast Filipino diaspora scrambles to assist their native country. A volunteer explains that her work is part of a tradition known as kapit-bisig, which means linked arms, that encourages Filipinos abroad to send money home to support those in need.

Roughly two generations ago, the Philippines, faced with a growing population and high unemployment, made a strategic decision to become a labour-exporting nation. Those who leave for the sake of their families, about 10 per cent of the population, are celebrated as modern-day heroes by the Philippine government. They've also been called the servants of globalization for the way they've taken on some of the difficult work of domestic caregiving in wealthy countries. But Filipinos dominate many other facets of the mobile, international labour force as well; one in four seafarers sailing the world's oceans is Filipino.

Every year, Filipino migrants send home nearly $22-billion in remittances, $2-billion of which comes from Canada. Remittances make up 10 per cent of the country's GDP, a staggering total and the largest single contributor to the national economy.

Many Filipinos immigrated to Canada to work in the caring professions. Roughly 90 per cent of the live-in-caregivers who arrive in Canada initially on temporary work permits hail originally from the Philippines, although many have worked first in Hong Kong or the oil-rich countries of the Persian Gulf. In 2010, the Philippines surpassed China as Canada's largest source of immigrants.

The first wave of migrants arrived in the late 1960s and early 1970s. They were often highly educated, skilled immigrants. Harriet Capalla, who volunteered to pack boxes Monday, was part of that wave. She arrived with a university degree and has worked for more than 30 years as an office administrator. She grew up in a district that neighbours Leyte, one of the areas hit by the typhoon.

"There's something about us, we never forget the people back home. Anything we can we send back to lift the lives of those who need it," Ms. Capalla said. "We're all over the world helping as nannies, nurses, care workers … It's something we pride ourselves on."

The next wave came through family reunification. Josa Bona, a bank manager who volunteered to handle the cash donations coming in to the church ($3,000 on Monday), followed his sisters to Canada in 1989. Mr. Bona said most of the church's Filipino parishioners send money home regularly, so the mechanisms and habits are all in place.

Through the 1990s, the largest group arrived via the live-in-caregiver program. Today, a great many Filipinos arrive through provincial nominee programs, which are largest in Western Canada. More than 5 per cent of Manitobans trace their ethnic origins to the Philippines, the highest proportion of any province, followed by Alberta and British Columbia at just over 3 per cent each. A large number also come as temporary foreign workers, recruited to work in low-skill service jobs.

In addition to Canada's contributions, countries and aid organizations from around the world are contributing to the relief efforts in the Philippines. (Amounts given in U.S. dollars.)

The United States has sent a team of about 90 Marines and sailors, part of a first wave of promised military assistance. The U.S. Agency for International Development is sending emergency shelter and hygiene materials as well as 55 tonnes of emergency food to feed 20,000 children and 15,000 adults for up to five days. The U.S. embassy is sending $100,000 (U.S.) for water and sanitation support.

Britain announced $9.6-million package including aid for up to 500,000 people including temporary shelter, water, plastic sheeting and household items.

New Zealand will give $1.8-million in aid.

Japan is to send a 25-strong emergency medical relief team.

Indonesia is to dispatch aircraft and logistical aid including personnel, drinking water, food, generators, antibiotics and other medication.

The European Commission said it would provide $4-million to help worst-affected areas.

Médecins sans frontières is strengthening its teams with an additional 30 people including medical personnel, logisticians and psychologists arriving in coming days. MSF is also sending 200 tonnes of medical and relief items.

The World Food Programme is airlifting 40 tonnes of high-energy biscuits, enough to feed 120,000 people for a day, as well as emergency supplies and communications equipment. 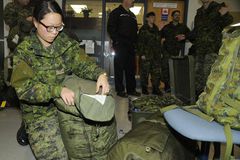 Canada draws on deep ties to Philippines in pledging millions for typhoon relief
May 11, 2018 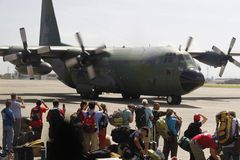 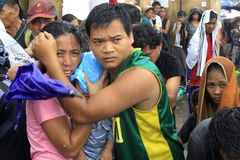 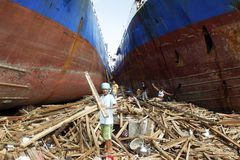 In grief, Filipino-Canadians rally to help after typhoon kills thousands
May 11, 2018 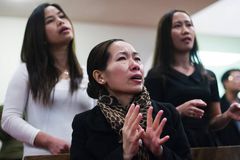