There was a moment on Tuesday, in the confusion of Mogadishu's dusty back streets, when Amanda Lindhout realized that she was on the same road where she was kidnapped in 2008.

She had never expected to be here again, in one of the world's most dangerous cities, just a few kilometres from the place where a dozen gunmen ambushed her and delivered her into a 460-day nightmare of starvation and sexual assault.

Until a few hours earlier, the 30-year-old former journalist from Alberta hadn't even dared to tell her father that she was returning to the city where her captivity had begun. She had barely slept the night before, her nerves jangled, wondering what might happen to her in the city plagued by war, and now in the midst of the major famine affecting large parts of East Africa.

"It's the place I prayed to leave, and now I've chosen to come back," she said. "Time seems to have folded in half."

When she and an Australian photographer were kidnapped by a gang of Islamist teenagers in 2008, she was a young and inexperienced freelancer, and – she now admits – perhaps too naive about her work. Three years later, she believes she has found her true purpose in life: bringing humanitarian aid to the country where she suffered indescribable pain.

"It was a promise that I made to myself in captivity," she said. "If I made it out alive, I would do something for Somalia. I had an understanding that my kidnappers were a product of their environment."

In her new career as the founder of a Canadian-based relief agency, Ms. Lindhout felt it was crucial to travel to Mogadishu, the epicentre of the famine. "People are dying," she said. "And there's nothing more important than saving lives."

Unlike most Canadians, she has personal experience of acute malnutrition. During her 15 months of captivity, she was given so little food that she became emaciated and she lost hair and toenails.

Yet she lacks experience or expertise in humanitarian work. Her agency, the Global Enrichment Foundation, is a tiny newcomer in Africa's vast aid industry. Its high-profile entry into the Somalia famine-relief campaign has sparked questions about the proliferation of relief agencies, the role of celebrity aid, and the question of whether small-scale agencies are nimble trailblazers or wasteful duplicators.

Already she is facing criticism from one Canadian development consultant, Denise Beaulieu, who says Ms. Lindhout is contributing to the problem of spreading resources too thinly. Instead of "doing her own thing," she should join an existing coalition of humanitarian agencies to ensure that the administrative costs are shared, Ms. Beaulieu wrote in The Globe and Mail this month.

Ms. Lindhout says she would love to join a coalition of aid agencies, and she agrees that co-ordination is crucial. She says she is surprised to be considered a celebrity. But her personal story is a major source of income for her foundation, and it allows her to work for the foundation without a salary. She has an international book deal, she gives speeches across Canada about the importance of forgiveness, and she was the subject of glowing reports on CNN and NBC last month, which triggered a $300,000 surge in donations to her humanitarian work.

The donations have helped her agency bring life-saving food to thousands of refugees in southern Somalia, creating a path for other agencies to follow, she says. Next week she plans to deliver food to the refugee camps in Mogadishu. But before she leaves Mogadishu this week, she plans to meet a group of rape survivors at a human-rights centre. Because of the sexual assault that she suffered in captivity, she feels a personal connection to them. "I just so badly want to help these women," she says.

Her brief two-day visit to the war-torn city is a "calculated risk," she says. And this time she has taken the kind of precautions that could have saved her in 2008. She has kidnapping and ransom insurance, and she has temporarily hired a crack squad of nearly a dozen bodyguards, wielding assault rifles, machine guns, and bandoliers of heavy-calibre ammunition.

"I never dreamed I'd be back here," she said. "It feels surreal."

For a few seconds on Tuesday in Mogadishu, she had an impulse to continue down the dusty road, to see the place where she was kidnapped. But instead she told her driver to continue to a refugee camp that she wanted to help.

– A road map designed to lead to elections within a year and end a string of fragile transition governments was signed Tuesday by leaders in Somalia. The deal commits the government to a new constitution, stipulates reforms in governance and security services and calls for talks with armed opposition groups.

The plan says the international community will provide financial support based on the achievement of results. The government currently gets little direct support from Western donors, who worry about corruption. But over the past two years it has received tens of millions of dollars in cash, mainly from Arab states. Most of that is unaccounted for.

It also says African Union troops supporting the government should spread beyond the capital of Mogadishu. That is all the territory the transitional administration currently holds. Most of the rest of southern Somalia is held by Islamist insurgents.

– Meanwhile businesses and shop vendors on the outskirts of Mogadishu have been ordered to remove English and Somali posters and replace them with billboards in Arabic.

The latest edict comes from Somalia's hardline Islamist group al-Shabaab. The militants are intent on stamping their own strict laws on areas they still control, after withdrawing from the heart of Mogadishu early last month.

Residents of camp settlements at Kilometre 13, Elasha, Lafole and Afgoy on the outskirts of Mogadishu said the rebels, who have banned musical ring tones, movies and dancing at weddings, have warned residents they could face an Islamic court if they fail to comply within a month.

"They already started tearing down the main shop signs last night after they imposed a curfew in the town. They ordered us to change signs into Arabic, which can't be understood by the people, since most understand either Somali or English," Abdi Jamal, a businessman in Kilometre 13 said.

– Chad and Somalia are the worst countries in the world for a child to fall sick, according to a new health worker index devised by the global health charity Save the Children.

The analysis shows that children living in the bottom 20 countries – where there are only just over two health workers for every 1,000 people – are five times more likely to die than those further up the index. The index also tracks the proportion of children who receive regular vaccinations and mothers who have access to life-saving emergency care at birth.

"A child's survival depends on where he or she is born in the world. No mother should have to watch helplessly as her child grows sick and dies, simply because there is no one trained to help," Justin Forsyth, Save the Children's chief executive, said. 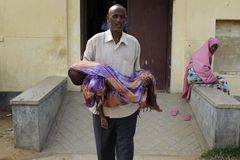 War and corruption, not droughts, are responsible for famines
September 2, 2011 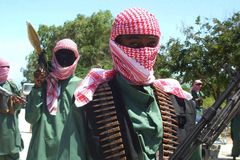