When Andrijano Dzeladin heard a commentator on French radio launch into an attack on the Roma community, he got so angry he called the station to complain. To his surprise, he was put on the air and given a chance to vent his frustrations. Then he made a bold declaration.

"I told him that I will create the first Roma TV channel in Europe and I will show all non-Roma people what we are really like," recalled Mr. Dzeladin, a Roma who immigrated to Paris from Macedonia in 2000.

It took two years of planning, saving and telling his wife to forget about the house they wanted to buy, but Mr. Dzeladin finally got Sutka City TV on the air last year. It's the world's first Roma-language television station, and it comes as Romas across Europe are facing a rising tide of discrimination, expulsions and targeting by police.

Too often, Mr. Dzeladin says, the media in France and elsewhere portray Romas as homeless outcasts who steal for a living. "This is not the real image of the Roma. The real image is that we are integrated in each country. Our kids go to school and we are working just like French people," he said, adding: "We are not coming from Mars or Jupiter, we are from Earth."

Romas have long been among the most misunderstood and oppressed ethnic groups in Europe. They arrived on the continent from India more than 700 years ago, and today there are an estimated 12 million in Europe, making them the continent's largest ethnic minority. But they are also a disparate group, with different religions and traditions. Some, known as gypsies, are nomadic; others, like Mr. Dzeladin and his family, are rooted in a community.

There have always been tensions between Romas and others, with Romas usually accused of being thieves and beggars. Now, as Europe struggles to get out of recession and anti-immigration sentiment builds in many countries, those tensions have rarely been higher.

Last month, French Interior Minister Manuel Valls suggested Romas should be "sent home" because they had failed to integrate. "We don't have the obligation to welcome these populations," said Mr. Valls, whose remarks drew widespread support. According to Amnesty International, France's Socialist government has been evicting Romas from camps across the country at record levels, moving out more than 10,000 so far this year – with most having nowhere to go.

The growing antagonism toward Romas is not confined to France. In Sweden, police recently admitted keeping secret files on 4,000 Romas, a violation of security laws that forbid targeting people by their ethnicity. Several European Union members, including Britain, Germany and Holland, have also been pushing for tighter restrictions on migrants' access to welfare amid fears these countries will be flooded by Romas once EU restrictions are lifted in January on immigration from Bulgaria and Romania, home to large Roma populations.

Compounding the problem in France, Mr. Dzeladin says, is that most Romas, afraid of a backlash, hide their ethnicity. "We have to be proud to be Roma," he said. "If I am going out on the street meeting people, and if they ask me where are you from – okay, I'm from Macedonia, but I'm Roma. I'm Roma first. … I want all Roma people to be proud."

Taking that message to the airwaves hasn't been easy. Sutka City, named after the Macedonian city where he grew up, is a bare-bones operation. There is no paid staff, no advertising, and programs are broadcast from a makeshift studio set up in the living room of a tiny apartment Mr. Dzeladin rented in a Paris suburb to serve as the station's headquarters. And it is very much a family affair.

Mr. Dzeladin, 32, who worked in radio in Macedonia and was employed in the hotel sector in France, hosts a two-hour call-in show; his 14-year-old son does weekend programs for children, and his uncle offers up weekly lessons on Roma history and culture. His wife, Anifa, not only had to give up her dream of owning a home, but when she went into labour with the couple's third child on the day the channel launched, Mr. Dzeladin stayed put. "I had the choice to go to the hospital with my wife or to start the channel. I told my wife, 'Okay, you have your baby, I have mine,'" he said. "We're still together. We're happy."

After just over one year in operation, Sutka has attracted about 40,000 subscribers through a couple of French cable networks, and it is available in Canada, the United States, New Zealand and Australia from satellite providers. Mr. Dzeladin is hoping to begin producing a short daily newscast, and he wants to run subtitles in French and English to make the channel more accessible to non-Romas.

But there remain big challenges. Despite repeated approaches by Mr. Dzeladin, no French company has advertised on the channel and the business is losing as much as €8,000 ($11,000 Canadian) a month.

None of that is slowing him down. He recently held a news conference and hosted a panel discussion on Sutka TV about Mr. Valls's comments, and he is organizing a Roma pride demonstration. The channel will keep going, he insists, and some form of financial support will come.

"It was a challenge for me to show that we can, without too much money, create a TV channel," he said, sitting in a small office with a giant Roma flag pinned to a wall. "We are not TF1 or France television, but we can do something good." 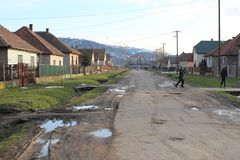 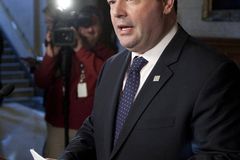 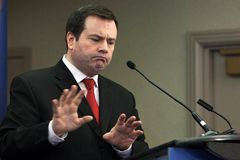 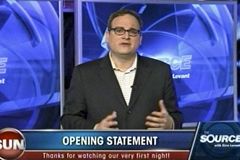 If EU did more for Roma, they wouldn’t seek asylum in Canada
October 21, 2012 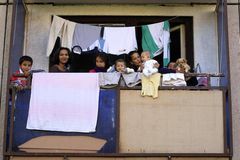 Parkdale Roma: The neighbours may relate to their plight, but tensions prevail
October 8, 2010 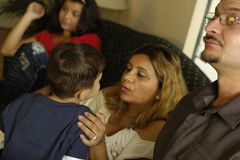 Opinion
Deporting the Roma: an act of populist barbarism
September 22, 2010 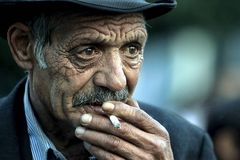 UN anti-racism panel slams France for Roma crackdown
August 27, 2010
Follow Paul Waldie on Twitter @PwaldieGLOBE
Report an error Editorial code of conduct
Due to technical reasons, we have temporarily removed commenting from our articles. We hope to have this fixed soon. Thank you for your patience. If you are looking to give feedback on our new site, please send it along to feedback@globeandmail.com. If you want to write a letter to the editor, please forward to letters@globeandmail.com.
Comments