In a ground-breaking move, South African prosecutors will investigate President Robert Mugabe's political party for crimes against humanity for an alleged campaign of mass rapes in Zimbabwe's last election.

The decision, following a request by Canadian activist Stephen Lewis and others, marks the first time an African government has used domestic laws to investigate another African country under the emerging doctrine of "universal jurisdiction."

It's also believed to be the first time that authorities have invoked "universal jurisdiction" in a rape investigation – a sign of the growing resistance to the use of rape as an organized political tactic.

Mr. Lewis and his organization, AIDS-Free World, plan to announce the South African decision at a press conference in Johannesburg this week.

Its legal teams have gathered hundreds of hours of testimony from 84 rape survivors in Zimbabwe who identified more than 200 perpetrators and orchestrators in the alleged rape campaign.

In an earlier report, AIDS-Free World concluded that thousands of opposition supporters were raped by members of the ruling ZANU-PF party "as a tool of terror and intimidation" during the 2008 election campaign.

Many of the rapists wore the party's shirts, sang its songs, chanted its slogans, or made political statements showing they were party members, it said. "Each woman, on average, was raped five times, although these numbers may be underestimated because many women fell unconscious during the violent rapes and therefore lost count of the number of rapists and rapes at some point."

Many victims were taken to the party's "base camps" used for rape and torture, which still exist today and could be reactivated in elections this year, AIDS-Free World said.

With Zimbabwe scheduled to hold a constitutional referendum and national election over the next few months, the decision by South Africa's prosecutors to investigate the rapes could be crucial in deterring further attacks and ending the impunity of Mr. Mugabe's supporters, Mr. Lewis said.

"This puts Mugabe on notice that the world is watching," said Mr. Lewis, the former Canadian ambassador to the United Nations and the former UN ambassador on AIDS in Africa.

Mr. Lewis and his organization have been working for more than four years to find a way to prosecute the perpetrators of the Zimbabwe rapes, none of whom have been charged. Zimbabwean police officials told the group that they could not investigate "political" cases because Mr. Mugabe's supporters are still dominant, despite the coalition government that has ruled since 2009.

Zimbabwe has also refused to ratify the Rome Statute, which created the International Criminal Court, so the ICC cannot investigate crimes in Zimbabwe unless it receives a referral from the United Nations Security Council, where Zimbabwe is protected by its ally, China.

South Africa has ratified the Rome Statute and incorporated it into its own domestic laws, allowing it to prosecute. And because Zimbabweans often travel to South Africa for work or business, anyone convicted by South African courts could be vulnerable to arrest here.

After being stymied on every other avenue, Mr. Lewis and his organization submitted their request to South Africa's national police force and prosecuting agency in December. Some experts warned them that South African officials were unlikely to accept the request, since they had already rejected a similar request by a coalition of Zimbabwean and South African rights activists on allegations of torture during the 2008 election.

Even when a South African court ruled last year that the authorities had an international legal obligation to investigate the torture allegations, the government had chosen to appeal the decision, rather than accept it.

But to the amazement of the activists, within a few weeks of receiving the dossier of evidence from AIDS-Free World, the South African prosecutors and police agreed to investigate the rape charges, confirming the decision in a Feb. 4 letter to the group.

"It sends a message to ZANU-PF leaders, and to raping regimes everywhere, that orchestrating sexual violence of this nature and scale is an international crime for which they will be prosecuted," said a statement by AIDS-Free World.

The group predicts that Mr. Mugabe and his supporters will try to portray the rape investigation as "Western imperialism" and "racism" because it was advanced by a foreign-based organization. In reality, the group said, many Zimbabweans helped gather the evidence for the rape investigation, but they are unwilling to be identified now for fear of retribution. Many civil society leaders have been arrested or assaulted in recent weeks as the elections approach.

Zimbabwe minister urges Canada to lift sanctions that are ‘not serving anyone’
January 8, 2013 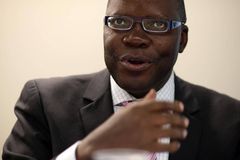 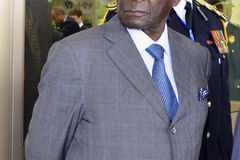