Many years ago, not long after I first read The Female Eunuch, I stopped writing Christmas cards and started sending annual International Women's Day cards instead.

A few years later, I was working in the Middle East and sharing an office with Palestinian journalists who were members of the Communist Party. They gave all their female colleagues red roses on March 8 - which was weird, but it's always nice to get roses.

In 2003, The Globe and Mail sent me to open a bureau in Johannesburg. There I discovered that Women's Day was a national holiday, with street festivals and concerts, recognizing the bedrock role of women in the country's struggle for freedom.

This week, the newspapers here in New Delhi are full of good old-fashioned rants by feminists about enduring inequality - and also ads urging men to splurge on diamond trinkets and fancy chocolates for the women in their lives.

It's 100 years old today, this holiday - born of the desire of women in the socialist movement in Europe to have their particular demands recognized within the workers' struggle.

Clara Zetkin, who first proposed the day, and her feminist sisters had, in essence, three spheres of concern. They wanted political inclusion for women; economic equality; and what you might call personal autonomy. These needs were more difficult to articulate in 1911, but they were core to all else: the right of women to decide what happened to them, whom they married, when they had sex, when they had children, the right to live a life without violence.

Much of it, of course, they won. I am the beneficiary of their struggle; if you know it's International Women's Day, you likely are too. Yes, the gender imbalance in our Parliament is dismal; there is an ongoing disparity in pay for equal work done by men and women; and access to abortion is not uniform across Canada. But Ms. Zetkin might well look on the gains of the past 100 years with satisfaction.

Until she looked south. The silent majority of the world's women know nothing of International Women's Day; they remain mired in the struggle for the most basic freedoms.

Of course there has been change, particularly in the past 25 years, for women in the developing world. In China 100 years ago, almost all women were peasants; today they make up nearly half the list of the country's most powerful new tycoons. In Egypt, women have played a critical role in the political upheaval of recent weeks. In Rwanda, women hold more than half of parliamentary seats, and they are using them to put forward innovative policy in a number of fields.

The same things that brought change to the developed world - a shift from subsistence agriculture to an industrial economy, a gradual opening of access to education that created a class of women able to push for political change - lie at the root of the changes in the south.

I saw it vividly in Sri Lanka two years ago when I spent the day with four generations of women in the Perera family - a wrinkly, twinkly great-grandmother, who told me about giving birth to her daughter in a dirt-floored house by lantern light; that daughter, who got through primary school and worked as a maid; her granddaughter, a poised young woman with an MBA and a rising career with an airline. The family is not wealthy, living nine people in three rooms. But they have come almost unimaginably far.

Yet when I think about the places I've lived and worked since I first started mailing out the cards, and the 40-odd countries I've reported from, that family feels like a rarity. Instead, the people who come to mind are the 11-year-old Ethiopian girls whose bodies were destroyed by the children they tried to birth, and Radhika, a haunted Indian woman who was gang-raped in the Punjab as punishment for a romance across caste lines.

I remember the Afghan women who showed me their ill-set bones that broke from vitamin D deficiency after the Taliban barred women and girls from leaving their homes or opening their curtains (lest a passing man be defiled by their faces - hard-line Islam their neat excuse for a particularly toxic brand of misogyny).

Sometimes these women are so engaged in the brute business of survival they have no space to think about more. And sometimes they have a cherished, quietly tended vision of the change they want: of political power, of job opportunities, of justice and safety.

In 2008, I met Rose, an activist for democracy in Zimbabwe - one of hundreds of women who were systematically raped by supporters of President Robert Mugabe when they tried to do political organizing to end his brutal reign.

In Santiago de Chile in 1998 I met young women who were sexually assaulted on their first day at the engineering college by men determined to prevent them from enrolling. The women quit.

In Tehran in 2003, I met three young women who earned engineering degrees - but who were beaten by religious paramilitaries until bruises stained their legs like dark stockings, because they let their head scarves slip back off their foreheads and spoke to some boys in a coffee shop.

Two weeks ago, in India's rural province of Rajasthan, I met low-caste girls whose mothers had defied their fathers to insist they go to school. The girls had turned up on the dot of 9 a.m., their worn uniforms well pressed, their hair slicked down. But they sat alone and in the dark, because they were too short to reach up and open the shutters, and their teachers had not come - because only women deign to teach in a low-caste girls school, and the teachers can't bear the sexual harassment they face when they take public transport, which is all they can afford, to get to work. The girls sat in quiet rows with their books open, trying to sound out words, lips working, fingers sliding along the tattered pages.

There is a universality to sexual harassment, to sexual violence, to the struggle for reproductive rights, and to the more quotidian question of how to work and care for children and older family members. Women in the developed world see this.

I think the thing we don't see, though, is how the same system that has lifted us up and brought so much progress on these fronts is connected to the system that keeps these women down.

We subsidize agriculture - and dump our farming excess into the markets of African and Asian farmers, three-quarters of whom are women. You can't stage a revolution when you earn $1 a day growing millet. Our hunger for iPhones and Kindles fuels the market for coltan, the mineral that lies at the root of the vicious war in the Democratic Republic of Congo, a war fought literally on the bodies of women, some 300,000 of whom have been raped in the decade of the war. Our desire for the latest H&M frock drives the sweatshops of Bangladesh, where women sew for 12 hours a day and earn $3. That barely covers the cost of a place to sleep, a meal and bus fare.

The globalization theory, of course, is that the $3-a-day garment worker job allows the Bangladeshi woman to send money back to the village where her daughter will go to school. Go she might - but will the teacher be there?

Opinion
For the free, educated and affluent, welcome to the century of women
March 7, 2011
Opinion
Put the 'haven' back in Afghanistan's shelters for women
March 8, 2011
Women's Midas touch rewards shareholders
March 8, 2011 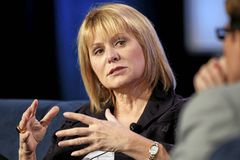 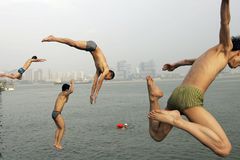 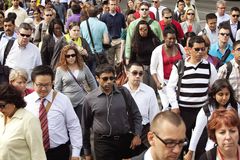 Opinion
Is Christy Clark a tipping point for Canadian women in politics?
March 7, 2011 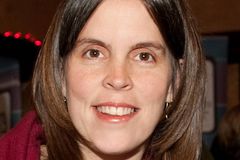 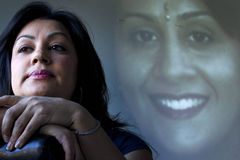 Let's not play the gender politics card when it comes to Christy Clark's leadership
March 4, 2011 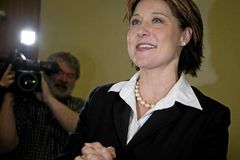 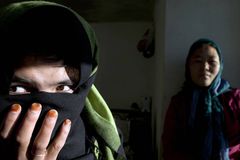 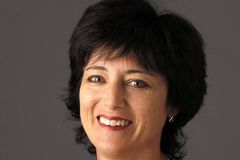