A 14-year-old Pakistani girl who dared defy Islamic extremists by openly attending school was gunned down Tuesday by a bearded Taliban gunman, a shooting that ignited international outrage and plunged deeply divided Pakistan into a new round of soul-searching.

Malala Yousafzai was shot in the head at close range by a Taliban gunman who confronted a group of girls boarding a school bus. She survived but is in critical condition.

The Taliban quickly – and proudly – claimed credit for trying to kill Ms. Yousafzai, the activist teenager whose unbowed determination to attend school in the remote and dangerous Swat valley, where Islamic extremists threaten to impose a ruthless orthodoxy, made her both a heroine and a target.

"Let this be a lesson," Taliban spokesman Ehsanullah Ehsan told news agencies by telephone from an undisclosed location. The Taliban publicly put Ms. Yousafzai on its kill list last spring.

"She has become a symbol of Western culture in the area; she was openly propagating it," Mr. Ehsan said after the assassination attempt, adding that if the girl survived, Taliban jihadists would hunt her down again.

In violence-torn Pakistan, intolerance, poverty, extremism and decades of repression have created a toxic brew.

Last month, Rimsha Masih, a 14-year-old Christian girl was imprisoned, accused of Koran burning. Punjab Governor Salmaan Taseer was killed last year for daring to oppose the nation's draconian blasphemy laws. Benazir Bhutto, the first woman elected to lead a Muslim nation, was assassinated in 2007, although some suspect the validity of al-Qaeda claims of responsibility.

Still the roles and rights of women, especially their right to go to school, remain blood-soaked issues, pitting secularists and moderates in the big cities against mostly rural traditionalists and extremist Islamic zealots.

Ms. Yousafzai emerged from the repressive obscurity of Swat three years ago when – first under the pen name Gul Makai – she began writing a blog in Urdu for the BBC that detailed her life and her burning desire for an education.

Last year, she won a Pakistani peace prize and international acclaim for her outspoken defiance of Taliban edicts banning girls from attending a school for girls, run by her father, who has vowed to remain in Swat despite repeated death threats levelled against the family.

On Tuesday, as the school bus carrying Ms. Yousafzai and a handful of other girls was about to leave the school in Mingora, Swat's biggest city, at least one bearded gunman approached and demanded the girls identify Ms. Yousafzai. He then opened fire. She was, according to local medical reports, shot twice – in the head and neck. Another girl, who reportedly tried to shield Ms. Yousafzai's identity, was also shot.

Ms. Yousafzai was evacuated by military helicopter to Peshawar where her condition was reported as critical.

According to the Pakistani newspaper Dawn, Interior Minister Rehman Malik ordered Ms. Yousafzai be taken abroad for urgent medical treatment. Doctors say a bullet that almost reached her spinal cord is still lodged in her head, which is too swollen for immediate surgery.

The assassination attempt rocked Pakistan, where political violence, crime, extremism and sectarian strife have riven the nuclear-armed nation that many consider the most dangerous place on the planet.

"Malala is my daughter, too," said Prime Minister Raja Pervaiz Ashraf. "She is Pakistan's daughter. If this [extremist] mindset persists, which girl in Pakistan will be safe?"

One of her cousins, Azizul Hasan vowed the family would not be cowed by the attack. "This attack cannot scare us nor the courageous Malala," he said, according to the BBC.

In Washington, the Obama administration condemned the attack. "We strongly condemn the shooting of Malala," said State Department spokeswoman Victoria Nuland. "Directing violence at children is barbaric, it's cowardly, and our hearts go out to her and the others who were wounded."

In 2009, Pakistan deployed tens of thousands of troops to the picturesque Swat valley – sometimes called Pakistan's Switzerland and a former tourist playground – after Taliban militants seized the area and imposed their harsh brand of orthodoxy including banning girls from school. But while the army effort was partly successful in restoring government control, the Taliban operates with impunity and fear of its violent reprisals pervades Swat.

Only a few dared challenge the school ban, even after the army operation.

Ms. Yousafzai was the most famous. She said she wanted to go to university and become a doctor. Her father said she was destined to be a politician.

"This is an attack to silence courage through a bullet," said Kamila Hayat, an official with the Pakistan Human Rights Commission, adding those who attacked Ms. Yousafzai were "the forces who want to take us to the dark ages."

With reports from the Associated Press and Reuters

Outrage and debate in Pakistan in wake of shooting of school girl by Taliban
October 10, 2012
In her words: Malala Yousafzai’s chronicle of life under the Taliban
October 9, 2012 Romney is wrong to blame Obama for the world’s dangers
October 9, 2012 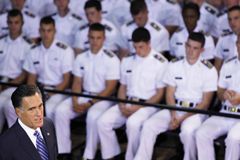