With South Sudan poised for independence in the coming weeks, Canada is positioning itself for a possible humanitarian crisis in the world's newest nation.

South Sudan will vote on Jan. 9 on whether to separate from the North - and most Western experts are certain it will. For Canada, which has invested $800-million in Sudan since 2006, the need to ensure peace and stability in the region is as pressing as ever.

With Afghanistan and Haiti, Sudan is among Canada's top three priorities for foreign aid, and that will continue after the referendum, according to a statement from the Department of Foreign Affairs.

In a referendum process marred by suspicion on both sides, the biggest challenge will come after the votes are tallied, said Glen Pearson, a Liberal MP who has done humanitarian work in Sudan. With the risk of violence and mass post-referendum migrations, the international community has its work cut out for it.

After an event such as the referendum is over, "the West has always had a tendency to move off and concentrate on other things. And then when that happens, that's when the real needs will begin to show," said Mr. Pearson, who will be travelling to Sudan on Jan. 3 with volunteers for his southern-based aid organization.

Today, in Africa's largest country, predominantly Arab Muslims in the North face black Christian and animist Africans in the South across a potential border through oil-rich territory. Oil accounts for approximately 60 per cent of the North's revenues and 98 per cent of the South's.

While Canada has a planned presence during the referendum - with embassy staff on the ground, a $7-million contribution to a United Nations fund to support referendum activities and $2-million for former U.S. president Jimmy Carter's election-monitoring centre - plans for post-referendum support are less concrete.

Since the United Nations Mission in Sudan (UNMIS) began in 2005, Canada has deployed more than 400 soldiers and civilian peacekeepers to disarm rebel forces, train local police and help implement the post-civil war Comprehensive Peace Agreement, of which the referendum is a key component.

But with that mission soon fulfilled, Mr. Pearson said it's necessary for Canada to maintain a strong military presence should conflict arise over oil or among resource-poor regions in the South.

Such conflicts are likely to be exacerbated by as many as 2.5 million displaced persons flooding across the border. South Sudan, Mr. Pearson said, is ill-equipped to deal with the potential surge of new permanent residents.

"They don't have enough resources right now to supply for the people that they have," he said. "What will they do when these extra numbers come in?"

And though Canadian money is reaching the country, it has traditionally been funnelled through capital cities Khartoum in the North and Juba in the South, rather than the border regions that need it most, Mr. Pearson said.

"I think they're now realizing that there's a problem," he said of Canadian government agencies. "We've yet to see what the plan will be to address that problem."

As for a positive way forward, Mr. Pearson said South Sudanese leaders are looking to understand how federalism such as Canada's could work for their fractured tribal region.

But Canada has yet to view the former rebel leaders as a legitimate government. "Peace happened and those very same people morphed into civil society leaders," Mr. Pearson said. "Canada never made that adjustment."

But the Conservative government also has to tread lightly leading up to the referendum, lest it jump the gun on declaring South Sudan independent and offending the North, Mr. Pearson said.

In August, Ottawa hosted a joint North-South delegation to learn about Canada's experience with referendums and constitutional issues, but there's still more knowledge to be shared with the Sudanese leadership, Mr. Pearson said.

With the referendum six years in the making, Scott Proudfoot, director of the Sudan Task Force in the Department of Foreign Affairs, said preparations are well under way for Canada to provide assistance in all 10 South Sudanese states. In an "all-weather approach," he said Canada is focused on helping South Sudan's government take charge of internal security, child welfare and food distribution.

However, the details of Canada's involvement in Sudan after the referendum hinge on the UN's plans. In April, the Security Council will meet to review the UNMIS mandate, which officially ends in July with a six-month phase-out.

"We're still only one country and to be effective we have to work as part of an international system," Mr. Proudfoot said. "We think that in future Southern Sudan is going to need an international peacekeeping force and have advocated that with the UN and with other countries."

Voting in Sudan will take place over the course of a week. The results are scheduled to be announced on Feb. 14. 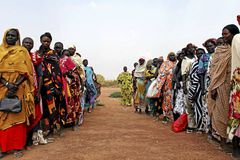 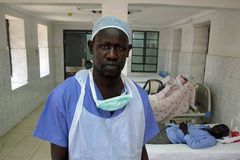 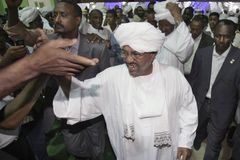