Ajay Dubey was awaiting his lawyer outside India's Supreme Court when some of his newfound enemies spotted him in the crush of people moving in and out. "That's the man who wants to kill 100,000 people," hissed a middle-aged man in a collared shirt, jerking his chin towards Mr. Dubey. "The guy who became a national hero by setting people up to starve."

Mr. Dubey, stubbled and scruffy in jeans amidst a tide of black-gowned lawyers, didn't react. In the month since he upended India's $18-million tiger tourism industry – and instantly became the nemesis of powerful business interests – he has become accustomed to hostility.

In July the Supreme Court – motivated by a petition from self-described tiger-rights champion Mr. Dubey and dismayed at the mess of regulations governing tiger conservation – shocked the industry (and indeed Mr. Dubey) by slapping a blanket ban on tiger tourism.

That's the business of taking vehicles full of tourists into the country's nature reserves to see the critically endangered national animal, a centrepiece of most foreigners' visits to India and an increasingly popular pastime for India's growing middle class.

The ban has imperilled the livelihoods of more than a million people employed in tiger-related tourism, opened a fierce debate about whether tourism is actually good for tigers and drawn attention to Mr. Dubey as a lonely activist who used public interest law to take on a powerful industry.

More than 100 different players have sought leave to intervene in the case, and on Wednesday the court ordered the government to consult with all of them – including wildlife biologists, tourism business owners and aboriginal peoples' groups – and report back in a month on how to reform tourism guidelines. Indeed, the judges, bemused at the quantity of would-be petitioners, offered to listen to some actual tigers, too, if any of those turned up.

Mr. Dubey said he is pleased with the court's consultation order: he has succeeded in sparking a national debate about conservation and directly engaged the top court, the country's most effective arm of government, in oversight of the tiger population. Less pleased, predictably, are tour operators, travel agents and hoteliers, who are watching bookings evaporate.

In other parts of the world, well-managed tourism has proven key to maintaining populations of endangered animals. In India, the case for or against tiger tourism is not so simple: the pro-tourism lobby notes that India's most-visited reserves are also the ones with the largest tiger populations. Just 1,706 of the jungle cats remain in the country, according to the last tiger census, and India, ominously, has the world's largest wild tiger population.

"If tourism is finished, the tiger is finished," vowed Samsher Alam, the man who had hissed at Mr. Dubey at the courthouse. He's a tiger tour operator and had gone there last week hoping to see the ban lifted. Tourists, he said, play a critical role in deterring poachers. That's debatable: Tourists also careen after harassed tigers in speeding jeeps, hollering and tossing bits of chapati at them. (India's is not a "leave only footprints" tourism culture).

Ashawani Agarwal, who manages a resort in Madhya Pradesh next to Kanha National Park, makes a more compelling argument. "Our lodge employs [aboriginal people] who used to make their living in the forest – cutting timber, taking leaves and things," he said after the court hearing. "And we have persuaded them that preserving the forest so that people come and see the tiger – caring for tigers, not killing them – is better.

"If we close, they will go back to the forest, they will be in conflict with the animals and they will kill them."

He also said that since the lodge opened five years ago, the once-strong presence of the Naxals – India's Maoist insurgency that draws membership from disenfranchised aboriginal people – has all but disappeared from the area.

But it's also true that India's existing wildlife laws are abysmally implemented. Crucial migration corridors for tigers are choked with resorts. Buffer areas meant to surround the parks are, in some states, full of mines and industry. And the forest service officials meant to supervise the parks have been implicated in poaching and in schemes involving bribes and collusion with tour operators to flout the regulations by, for example, taking tourists into restricted areas.

"There is no such thing as ecotourism in this country," says Mr. Dubey. "We have so many conservationists – well, can they tell me why when the [conservation authority] began 40 years ago we had 1,800 tigers and now instead of more, we have 1,700 only?" Most of those who call themselves conservationists, he alleged, also have a stake in tourism.

Mr. Dubey, who is 37 and has an MBA, has not had much to do with tigers in his lifetime. In fact, he has only seen one, a fleeting glimpse in a national park. His expertise lies elsewhere – in using two of India's most powerful pieces of legislation, the right-to-information act and the public-interest litigation, to take on entrenched interests.

He heads a small non-governmental organization called Prayatna (Hindi for "to make an effort") in Bhopal, funded by private donors, and most of the cases they have fought have been on behalf of humans, investigating government corruption and illegal mining.

But in 2010, he decided to take up what he calls tiger rights. He said he was troubled by the kind of behaviour he saw by tourists travelling in national parks and by the lack of buffer areas around those parks, and so took the matter to the state high court. It ruled against his petition for a ban on tourists – he based his argument on a section of India's Wildlife Protection Act that says core areas of the parks must be "inviolate." So Mr. Dubey, who has won widespread admiration in activist circles, went to the nation's top bench in Delhi.

The reality of the tiger conservation system in India is that the reserves are governed by a tangled mess of overlapping and sometimes contradictory laws. These leave authority unclear and often beholden to wealthy business interests with powerful political ties. Some of the legislation on the books is good, say wildlife conservation experts, but there is a massive failure of enforcement.

Belinda Wright, who heads the Wildlife Protection Society of India and is one of the country's most respected conservationists, said government regulations need to allow for sustainable, low-impact wildlife tourism while blocking the land dealers and quick-buck operators who market monster weddings and raves at park destinations. "The industry will have to get itself in shape and maybe this will light the fire," she said.

Ms. Wright said that given the critical size of the tourism industry, she assumes government will make haste to work out a solution the court will accept next month.

"What I'm really hoping is that at the end of this case, wildlife will benefit, local communities will benefit and wildlife tourism will be regulated," she said. "That it will be much more regulated and focused and that we'll all be able to sit back and say maybe it's a good thing that it all had to happen." 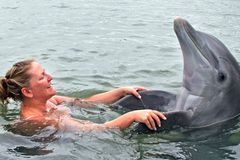 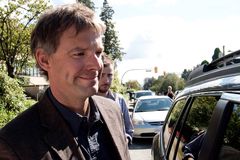 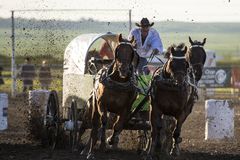 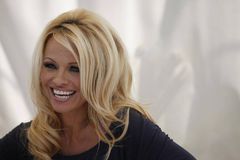 Facts & Arguments
What animals will win the climate change race
May 16, 2012 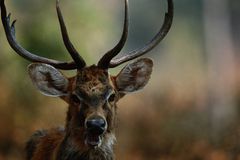 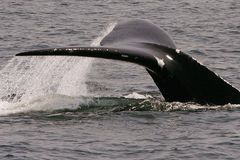