Oversized, overpriced and overawing, the Olympic Games are again having trouble finding cities to host them, putting pressure on the International Olympic Committee to overhaul and streamline the quadrennial event.

The IOC announced Monday the three finalists to stage the 2022 Winter Olympics – Oslo, Beijing and Almaty, Kazakhstan – confirming that potential hosts are increasingly shying away from the games.

Several other cities, including Munich, Stockholm, Krakow and Lviv, bailed out earlier in the process, citing public opposition, financial concerns and, in the case of Lviv, unrest in Ukraine.

Of the three finalists, Oslo's candidacy remains uncertain because it hasn't yet clinched the backing of the Norwegian government, while Beijing could be hindered by the Chinese capital having hosted the 2008 Summer Games and the 2018 Winter Games being staged in Asia.

Similarly, three years ago, only three cities bid for the 2018 Winter Games, which went to Pyeongchang, South Korea.

"The games are so big, the costs are so expensive … people are backing away."

This past Friday, organizers of Vancouver's 2010 Winter Games said they broke even, with total revenues and expenses just short of $1.9-billion but, Prof. Wenn said, bidders have in mind the price tags of Beijing – $43-billion (U.S.) – and Sochi – more than $50-billion.

"The executive board is confident the hosts of the Olympic Winter Games in 2022 can at least break even," Thomas Bach, who has been the IOC president since September, 2013, told reporters after announcing the three finalists.

Reducing the costs of the Games and streamlining the selection process are among the issues that Mr. Bach wants to address in his strategic reform initiative, Olympic Agenda 2020.

Meeting in Lausanne this week, the IOC executive committee will be presented with a broad outline of findings from working groups. Final proposals will be debated in December.

Just preparing a bid now costs between $25-million and $40-million (Canadian), with no guarantee of success, Prof. Wenn said. Furthermore, the planning has to start a decade ahead, with the winning city picked six or seven years before the event.

"You're trying to budget seven years in advance. Even the best economists will struggle with that," Prof. Wenn said.

When Vancouver was awarded the 2010 Winter Games in 2003 and London, two years later, got the 2012 Summer Games, organizers could not have foreseen the economic downturn of 2008.

While Western countries are increasing less enthusiastic about hosting the Olympics, there is a trend among the BRICS – the emerging economies of Brazil, Russia, India, China and South Africa – along with Gulf states and Central Asian countries, to bid for major sports events, said Austrian economist Robert Kaspar.

"Those countries are building up their national identity, they are developing and now for the first time they have the resources to stage those events," said Prof. Kaspar, former managing director of Salzburg's bid for the 2010 games.

It isn't the first time there had been a downward trend in bids, said Janice Forsyth, director of the University of Western Ontario's International Centre for Olympic Studies.

The Summer Games from 1972 to 1980 were marred by boycott, terrorism and ballooning costs. As a result, only Los Angeles bid for the 1984 Summer Games. However, by relying on existing facilities and opening the door to corporate sponsorships, L.A. turned in a $223-million (U.S.) profit and made staging the games appealing again.

Then, by the turn of the century, increased security concerns and the trend toward ever bigger games again turned off bidders.

Aside from speeding up infrastructure investment, the main payoffs for the host city are marketing and branding gains, which are hard to quantify. "Host cities are realizing that the potential return from the Games doesn't pan out as they expected," Prof. Forsyth said. "The Games are not a huge windfall."

In addition, staging Winter Games comes with its own set of challenges, said Prof. Kasper.

The host city needs a mountain with ski facilities that is close to a city large enough to house the other venues. Furthermore, the hosts needs venues for sports with minimal popular appeal such as bobsleigh, skeleton and luge.

"One of my students did a global analysis of which cities could stage Winter Games. It's an astonishingly small number," said Prof. Kaspar, who is director of studies in the department of Sports, Culture and Event Management at the University of Applied Sciences in Kufstein Austria.

There is much talk now about finding bidding cities that are able to use existing infrastructure.

Another approach, Prof. Kaspar said, would be to emulate soccer competitions, which have seen tournaments held jointly by neighbouring countries.

The 2002 World Cup was hosted by Japan and South Korea. On three occasions, the European championships have been organized together by two countries. The 2020 Euro tournament will push the concept even further, with games staged in 13 cities across the continent.

Editor's Note: A previous version of this story incorrectly put the cost of the Sochi Olympics at $50-million. It was, in fact, $50-billion. 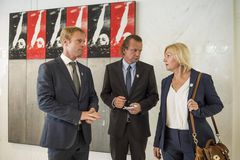 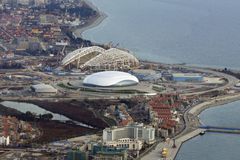 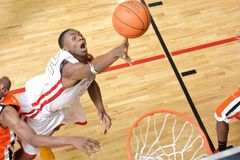