Iran has dismissed as "laughable" the accusation that two Canadians, charged with plotting to derail a Via train, were directed by al-Qaeda operatives in Iran. After all, Shia Iran and Sunni Muslim al-Qaeda are extremely hostile to each other – they back opposite sides in the civil war in Syria.

But not everyone is laughing at the notion.

"I'm not at all surprised," said Yoram Schweitzer, director of the Terrorism and Low Intensity Conflict program at Israel's Institute for National Security Studies.

"When the U.S. attacked al-Qaeda in Afghanistan following 9/11," Mr. Schweitzer said, referring to the 2001 attacks on New York and Washington, "Osama bin Laden and [Ayman] al-Zawahiri fled to Pakistan, while many other al-Qaeda leaders headed across the border into Iran."

A lot of those people still are there today, he said.

Seth Jones, associate director of the International Security and Defense Policy Center at the RAND Corporation think tank, agrees. "Over the past several years, al-Qaeda has taken a beating in Iraq, Pakistan, Yemen, the Horn of Africa and North Africa," he wrote in the journal Foreign Affairs last year. "But the group's outpost in Iran has remained almost untouched."

Operatives such as Saif al-Adel, an Egyptian who heads al-Qaeda's security committee, and Abu Muhammad al-Masri, one of the men behind the 1998 bombings of U.S. embassies in East Africa, have been able to operate in Iran for years.

"By 2002, al-Qaeda had established in Iran its 'management council,' a body that bin Laden reportedly tasked with providing strategic support to the organization's leaders in Pakistan," Mr. Jones said.

Most of the al-Qaeda personnel in Iran appear to have been required to follow the rules of their host.

"As long as it did so, the Iranian government would permit al-Qaeda operatives some freedom to fundraise, communicate with al-Qaeda central in Pakistan and other affiliates, and funnel foreign fighters through Iran."

Iran would have been aware of al-Qaeda activities and contacts, Mr. Schweitzer said. But "Iran is not controlling al-Qaeda. The organization would never stand for that."

Al-Qaeda leaders view all Shiites, including most Iranians, as heretics, as people who betrayed true Islam. Abu Mus'ab al-Zarqawi, the late leader of al-Qaeda in Iraq, a group that killed large numbers of Shiites, once described them as "the insurmountable obstacle, the lurking snake, the crafty and malicious scorpion."

Why then would Iran tolerate al-Qaeda's presence?

As a means of defence, Mr. Jones says. "So long as Tehran has several [al-Qaeda] leaders under its control, the group will likely refrain from attacking Iran."

As well, he adds: "If the United States or Israel undertook a bombing campaign against Iran, Tehran could employ al-Qaeda in a response."

There have been other cases of Iran reaching out to Sunni groups – to the Palestinian Hamas movement in Gaza, for example, and to the Taliban in Afghanistan in their fight against U.S. forces.

Indeed, though Iran and al-Qaeda have strong religious differences, they both share a hatred of the United States and want to counter the influence of that country and its allies, especially Britain, Israel, Saudi Arabia and probably Canada.

However, the Shia contempt for al-Qaeda is so strong that the Iranian regime would not want it known they were sheltering the Sunni group – which explains why Iran was so quick this week to deny the possibility that al-Qaeda was operating in the largely Shia state. 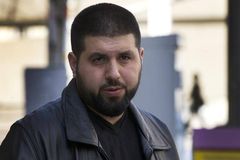 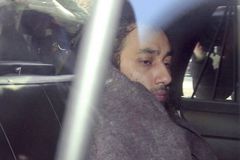 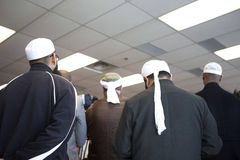