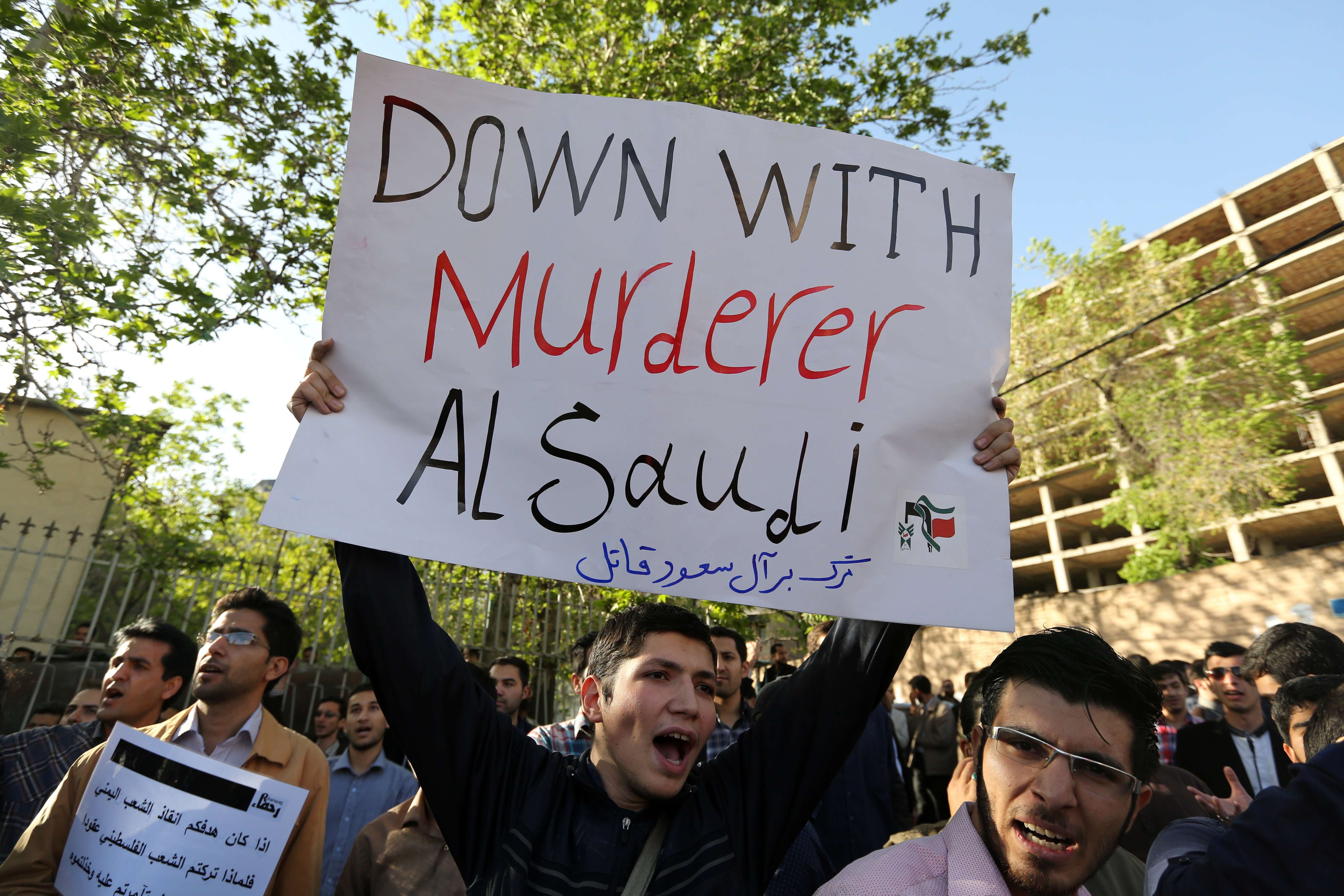 While major powers led by the United States are busy negotiating a nuclear agreement with Tehran, Iran is driving toward regional supremacy throughout the Middle East,
directly challenging Saudi Arabia’s strategic interests.

Iran and Saudi Arabia, which have been at odds for decades, view themselves as defenders of Shia and Sunni Islam, respectively. Today, flashpoints in their regional power struggle stretch from Yemen to Syria as Iran supports Shia minorities and Saudi Arabia mobilizes to check Iran’s growing influence.

But the expanding rift threatens to tear the region apart. 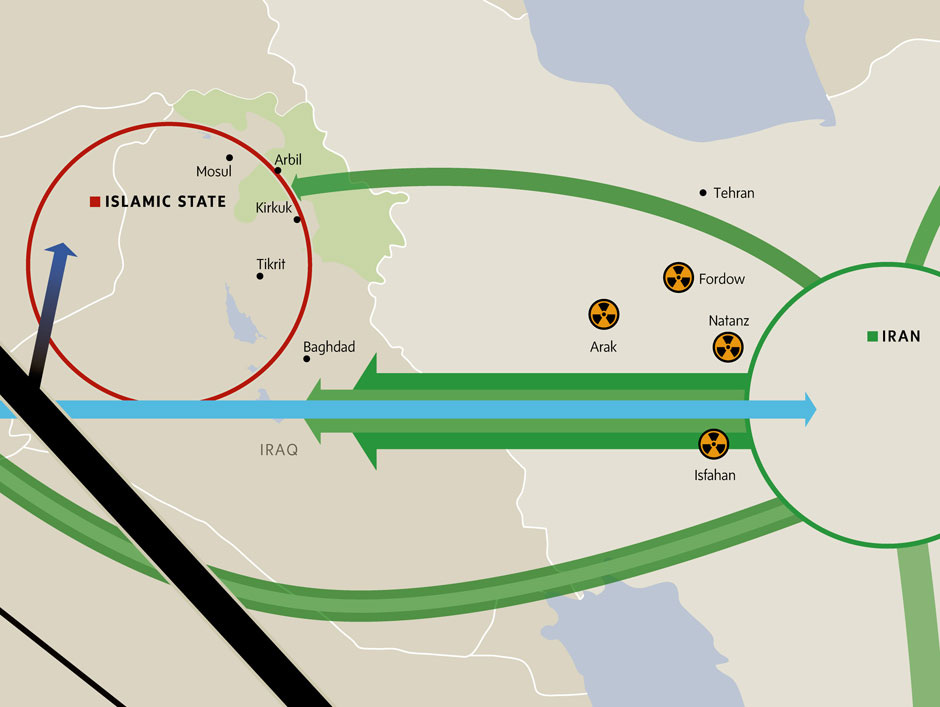 Iraq is the site of the largest Iranian operation in the region. Local Shia militias are supplied, trained and even led by members of the Iranian Revolutionary Guard. These militias have succeeded in driving Islamic State forces from central Iraq and, with U.S. aerial support, they recently took back the strategic city of Tikrit on the road to Mosul. The Shia campaign has frightened many Iraqi Sunnis into leaving the country.

THE GOAL: To safeguard a strongly Shia government in Iraq.

THE GOAL: To safeguard Sunni Iraqis and prevent Shia domination. 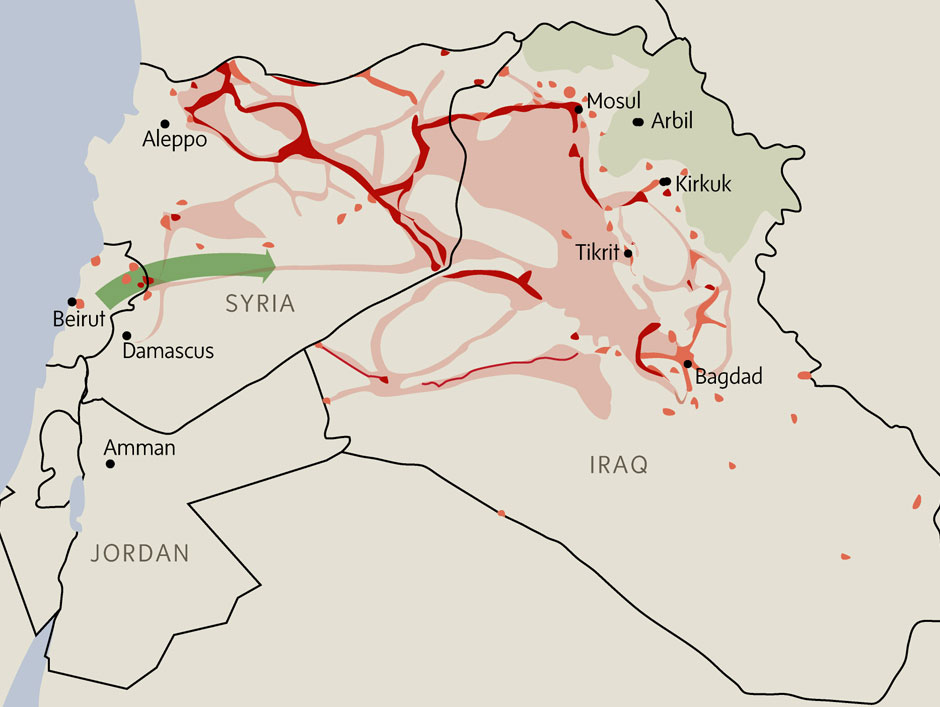 IS forces, in a lightning incursion into Iraq in 2014, came within a few kilometres of the Iranian border, drawing Iran into battle inside Iraq. Recently IS fighters have been forced to retreat from Tikrit and other central Iraqi districts, but have launched a new assault in Anbar province.

THE GOAL: To establish a Sunni caliphate in as much of Iraq as possible.

Members of the U.S.-led coalition, including Canada, have carried out aerial attacks on IS strongholds and convoys, most recently in aid of the ground attack on Tikrit carried out largely by Iranian-backed Shia militias. Canada and other coalition partners also have deployed personnel to help train Iraqi troops, particularly in the Kurdish region.

THE GOAL: To degrade and destroy Islamic State. 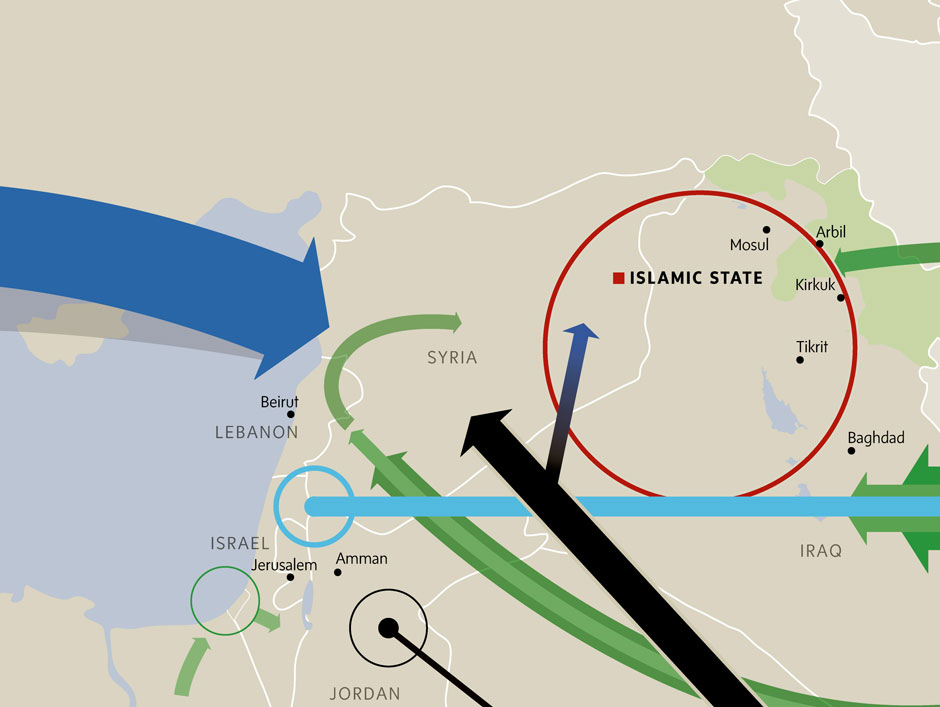 Syria is the site of Iran’s other major military operation in the region. A long-time ally of former president Hafez al-Assad and current leader Bashar al-Assad, who are members of the Alawi branch of Shiism, Iran has supplied the government of Syria with weapons and money for years. It has directed its protégé in Lebanon, the powerful Hezbollah militia, to join the fight against the Syrian rebels and dispatched Iranian Revolutionary Guard units in aid of Assad forces.

THE GOAL: To safeguard a pro-Iranian regime.

Riyadh viewed the popular uprising against Bashar al-Assad as an opportunity to oust the Iranian-backed dictator. It funnelled funds, weapons and materiel into jihadi opposition hands and encouraged Saudi and other youths to join the fight. The Saudi-backed rebels have taken and held large parts of north, east and south Syria, and are closing in on the capital and central district.

Ironically, the Saudi efforts boosted the power of the Islamic State movement that now is being fought by the U.S.-led coalition that includes Saudi Arabia.

THE GOAL: To replace the Assad regime with a Sunni government. 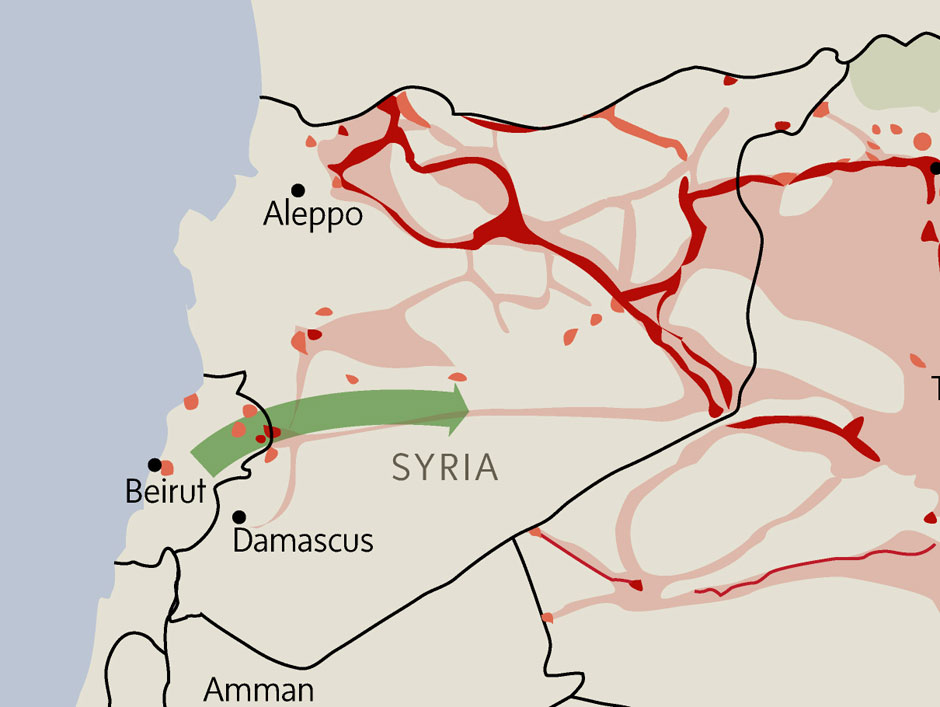 IS fighters hold large parts of eastern and northern Syria, though they recently lost the battle for the Kurdish city of Kobani. Most recently IS forces crept closer to the capital, Damascus, occupying the largely Palestinian refugee area of Yarmouk on the outskirts of the city.

THE GOAL: To establish a Sunni caliphate in as much of the country as possible.

The U.S.-led coalition, including half a dozen Arab state members, is conducting aerial assaults against IS positions in Syria, the effect of which benefit the Iranian-backed regime of Bashar al-Assad. Canada recently joined in these attacks.

THE GOAL: To degrade and destroy Islamic State forces. 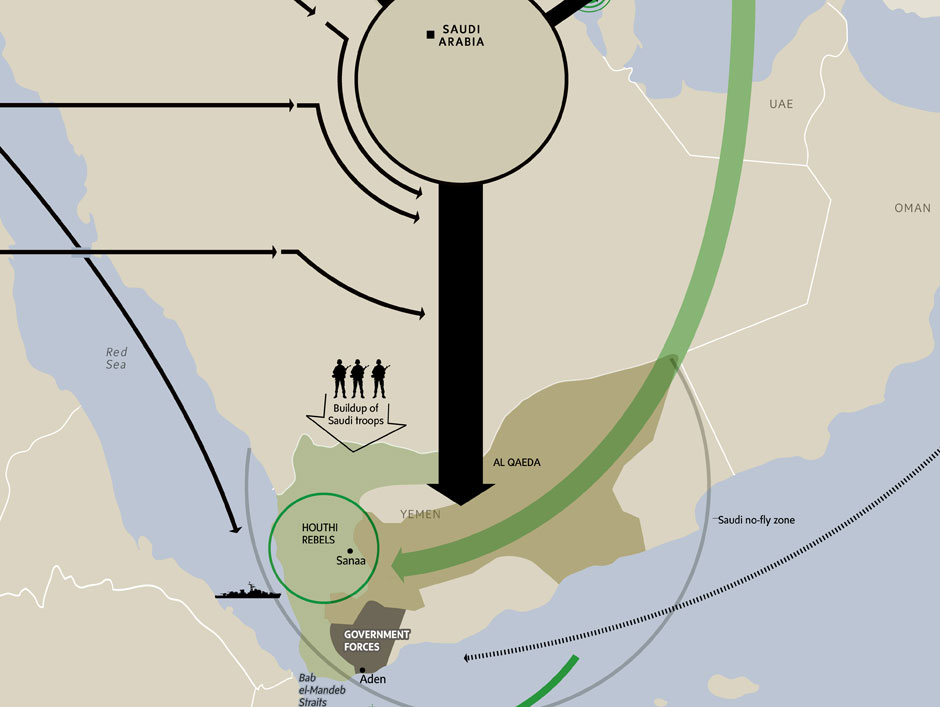 Yemen’s Houthi rebels, members of a Shia sect known as Zaidis, reportedly backed by Iran, have wrested control of the country from its Sunni President Abed Rabbo Mansour Hadi. The rebels recently entered the presidential palace in Aden, to which Mr. Hadi had fled when the national capital, Sanaa, was overrun. Mr. Hadi is believed to be in Saudi Arabia, with no plan to return. Iranian naval vessels have sailed to the area, where Egyptian and Saudi ships already are in action.

Fearing an Iranian client state on its border, Riyadh organized a military coalition comprised of several Gulf States, Egypt, Jordan and Sudan. A fleet of some 200 fighter jets have carried out extensive aerial bombardment and 150,000 ground troops are reportedly poised to invade. Egyptian battleships secured the strategic Bab-el-Mandeb Straits and are reportedly shelling Houthi positions in Yemen. Washington is providing the Saudi-led coalition with increased logistical support and expediting weapons’ delivery to coalition countries. 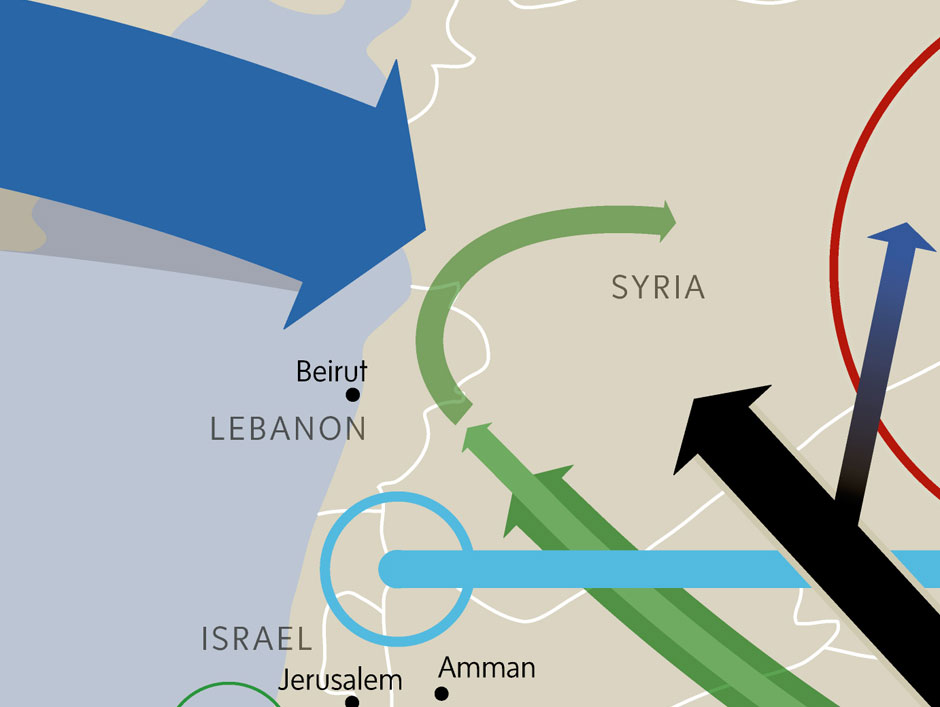 Lebanon’s Shiites have long had connections to Iran and its religious institutions. Hezbollah, Lebanon’s powerful Shia fighting force, was first trained by Iran in the 1980s. Through it, Iran enjoys considerable political influence in the country as well as a military force it can wield in a proxy war with Israel or to shore up the regime of Syria’s Bashar al-Assad.

THE GOAL: To maintain Iranian sway right to the Mediterranean.

To offset the Iranian-backed Hezbollah’s might, Saudi Arabia supports the political movement of Saad Hariri, a moderate Sunni with whom many Lebanese Christians are comfortable.

THE GOAL: To reduce the Shia power. 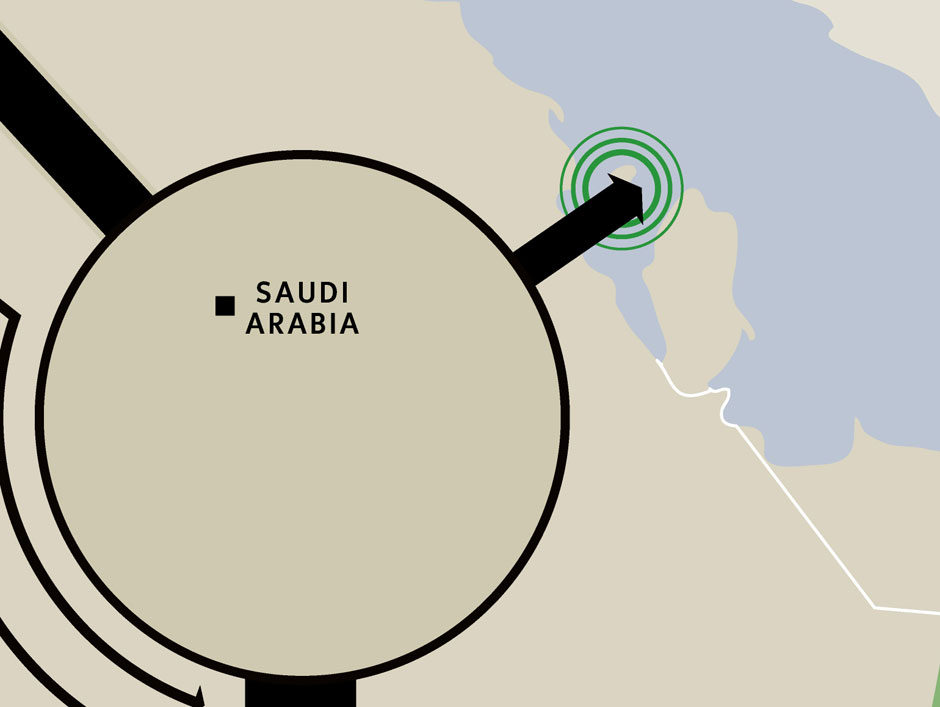 Popular uprisings against the Sunni al-Khalifa monarchy in Bahrain in 2011 attempted to win greater rights for the majority Shia population. Tehran was said to have been behind the protests in this former Iranian possession, though there was little evidence of any overt assistance. The majority Shia population, though, looks to Iran for religious guidance, and some 15 per cent continue to speak Farsi at home.

THE GOAL: To broaden Iranian influence in the Gulf.

Faced with the Shia challenge to the Sunni al-Khalifa monarchy, Saudi Arabia led an assault by forces of the Gulf Co-operation Council to restore order and safeguard the Bahraini royals.

THE GOAL: To keep the Shiites at bay 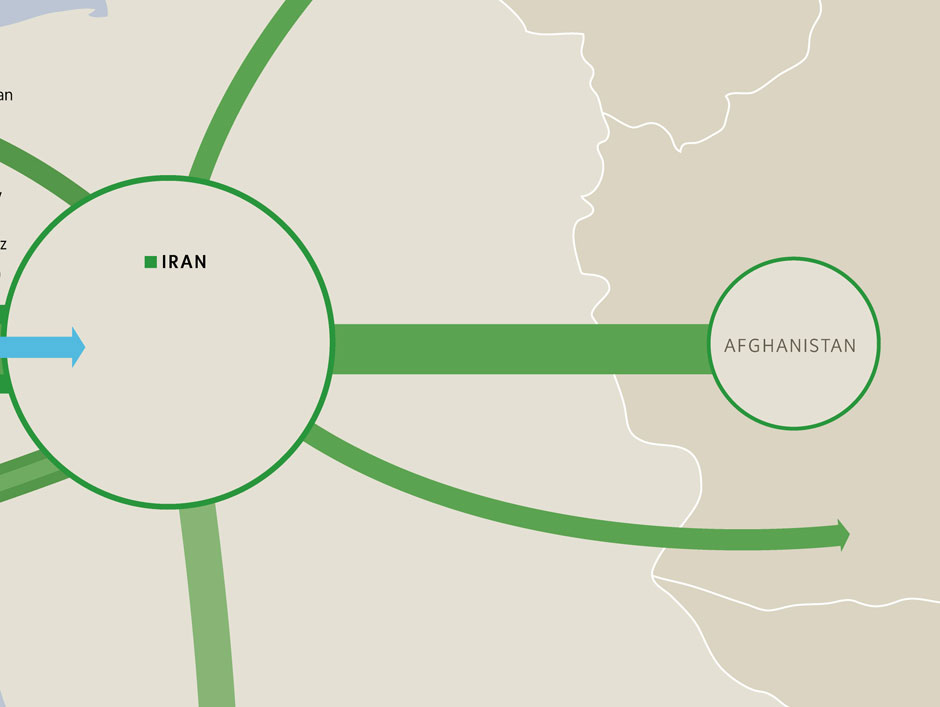 Some 20 per cent of Afghans are Shiites, very much influenced by neighbouring Iran, which gives Tehran a certain amount of clout in the country. Over the years, Iran has helped the Taliban and also U.S. efforts against the Taliban, insisting that Tehran seeks only stability in the region. Recently, Iran began hiring Afghan Shiites to fight in Syria and Iraq against Sunni groups such as Islamic State.

THE GOAL: To maintain regional influence.

Riyadh has long had good relations with Sunni Afghan groups including the Taliban. They helped them expel the Russians who occupied the country in 1979, and expect them to resist any spread of Iranian power.

THE GOAL: To avert Iranian power. 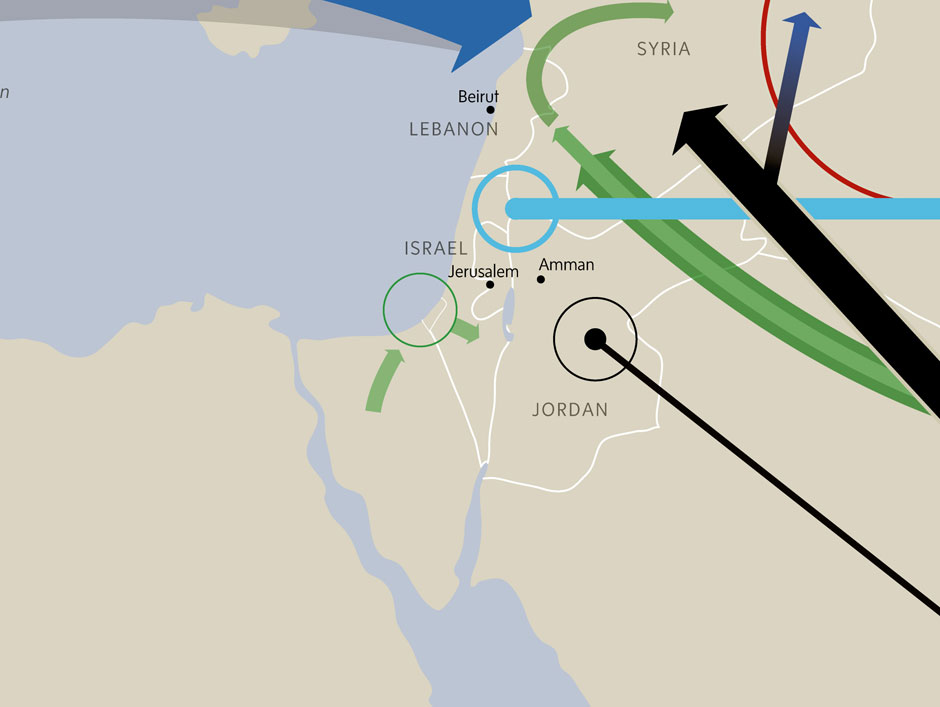 Gaza, the Palestinian enclave on the Mediterranean coast, has long received Iranian support, originally through the militant Islamic Jihad group. More recently, backing has come through Hamas, the Islamic resistance movement that seized control of Gaza from the Palestinian Authority of Mahmoud Abbas in 2007.

THE GOAL: To promote armed resistance against Israel.

Riyadh backs President Abbas who controls the West Bank and is attempting to reassert authority in Gaza. Here and in the region, Saudi Arabia is aligned with Israel in opposition to Iranian power. The two decry Tehran’s nuclear program and both maintain extensive intelligence operations, spying on Iran from the ground and by satellite. Should Israel ever elect to attack Iranian nuclear facilities, it would have the tacit support, at least, of Saudi Arabia.

THE GOAL: To counter the spread of Iranian power.

Egypt Cairo supports the Saudi-led coalition against Yemeni rebels and moved quickly to secure the Bab-el-Mandeb Straits that are the gateway to the Red Sea and Egypt’s vitally important Suez Canal. As part of its own contribution to the Saudi campaign, Washington has expedited the release of all armaments destined for Egypt that had been withheld pending Washington’s acceptance of the new Egyptian administration.

Pakistan Asked to send troops to assist the Saudi-led coalition against the Houthis in Yemen, Pakistan’s parliament voted unanimously April 10 to say “no.” Islamabad is mindful of tensions between the country’s majority Sunni and minority Shia populations, as well as its own rocky relations with Iran. Saudi pressure on Pakistan to assist in the fight is continuing.

Russia Russian President Vladimir Putin on April 13 ended a self-imposed ban on delivering an anti-missile rocket system to Iran. Despite widespread international sanctions against the Tehran regime, Moscow will deliver the sophisticated defence system in exchange for up to 500,000 barrels of Iranian oil a day from the cash-strapped Shia republic.

Here's a glimpse of Folio as it appeared in the newspaper. Click the image to download a PDF version. 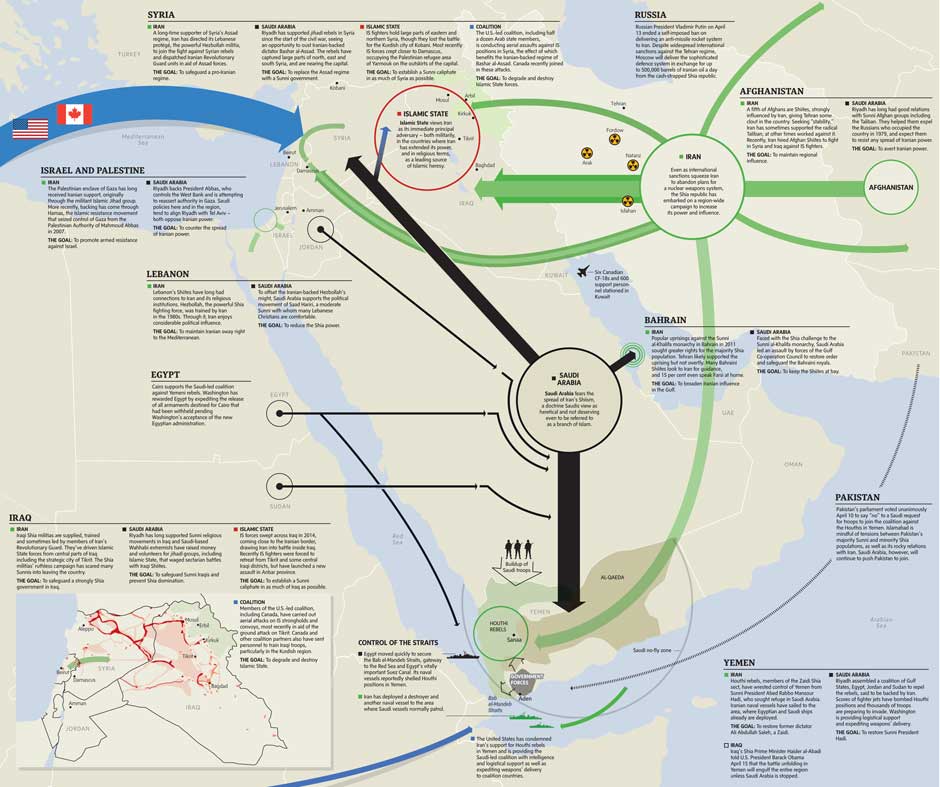