The father of a three-year-old Syrian boy whose body washed up on a Turkish beach is denying allegations that he was the captain of the vessel that capsized killing at least 12 people, including his family.

An Iraqi couple who lost two of their three children in the tragedy have alleged that after the accident, Abdullah Kurdi begged them not to tell Turkish police that he was operating the boat.

Zainab Abbas and Ahmad Hadi shared their story with reporters at Baghdad's airport, where they arrived earlier this week carrying the small coffins of their dead children, aged 10 and 11.

The Wall Street Journal reported that the family had travelled to the Turkish coastal city of Bodrum from Iraq hoping to find smugglers who could take them into Europe.

They told the newspaper they almost changed their minds about the voyage when they looked at the 4.5-metre rubber boat, but a smuggler reassured them the vessel was safe. The smuggler also introduced them to Kurdi, who was described to them as the boat's captain.

Kurdi's wife and children would also be aboard, the smuggler told them.

Only minutes after departing the coast, the boat began to take on water, the couple told the newspaper. One of Kurdi's sons started to cry, distracting his father just before the boat smashed into a wave, they said.

Kurdi, who lost his two sons — Alan, 3, and five-year-old Ghalib — and his wife Rehanna in the tragedy, has maintained that he paid smugglers 4,000 euros for the deadly voyage.

In a telephone interview with the Wall Street Journal from Syria, where he returned to bury his family, Kurdi disputed the Iraqi family's account of events. He said the boat had a Turkish captain who jumped into the water and abandoned the vessel shortly after the engine stalled.

"I lost my family, I lost my life, I lost everything, so let them say whatever they want," he told the newspaper.

Kurdi's brother-in-law, who lives in Coquitlam, B.C., with Kurdi's sister, Tima, called the Iraqi family's claims "simply untrue and made up."

"My wife spoke to Abdullah earlier this morning and can't understand why anyone would make up such a story," Rocco Logozzo told The Canadian Press in an email.

"We certainly feel for the woman on the boat, who also lost her children. We hope people help her with her plight and help her leave Iraq. She and her family did not deserve this tragedy."

Abdullah Kurdi has blamed the Canadian government for the tragedy, saying authorities had denied his application for asylum, although Citizenship and Immigration Canada has said they received no such application.

Tima Kurdi has said that she only submitted an application for her other brother, Mohammed. She intended to sponsor him first, and subsequently to apply to sponsor Abdullah and his young family as well.

In the meantime, she said, she also sent Abdullah Kurdi money to pay for the perilous maritime journey from Turkey to Greece.

Although no official application was made for Abdullah, Tima Kurdi said his plight was brought to the attention of Immigration Minister Chris Alexander when her local NDP MP handed over a letter to him in the House of Commons earlier this year.

The photo of a drowned Alan — wearing a bright-red T-shirt and blue shorts — has put a heartbreaking human face to the humanitarian crisis, both globally and in Canada. 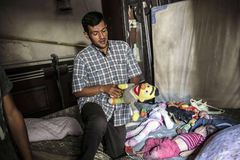 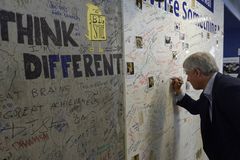