The Iron Lady, a new film, has yet to hit theatres but Margaret Thatcher is already back in the spotlight with a vengeance.

Meryl Streep has nothing to do with it. Rather, it's because so many of Mrs. Thatcher's controversial prophecies about the European Union, Britain and the state of the Western world have turned out to be jarringly true.

"It is one of the tragedies of European history that the world chose not to believe her," wrote Peter Oborne, the Daily Telegraph's chief political commentator.

"Today, Margaret Thatcher's autobiography, first published in 1993, reads like a prophecy. It shows how deeply and with what extraordinary wisdom she had examined … proposals for the single currency. Her overriding objection was not ill-considered or xenophobic …

"Right back in 1990, Mrs. Thatcher foresaw with painful clarity the devastation it was bound to cause," Mr. Oborne points out.

In the week since Britain's current Prime Minister David Cameron distanced himself from the other Iron Lady, German Chancellor Angela Merkel, and her plan to rework the euro zone, Ms. Thatcher's musings have become all the rage among conservative commentators.

Some of her writings, now decades old, sound eerily relevant.

"The European single currency is bound to fail, economically, politically and indeed socially," she wrote in her 2002 book Statecraft.

She cautions the Stability and Growth Pact, a 1997 agreement among the 27-member European Union, was "a condition for allowing economic basket cases into the euro."

In her memoirs, The Downing Street Years, she recalls her second term in office when "certain harmful features and tendencies in the European Community started to become evident … a more powerful commission ambitious for power, an inclination towards bureaucratic rather than market solutions to economic problems and the re-emergence of a Franco-German axis with its own covert federalist and protectionist agenda."

Keen to protect her legacy, Mrs. Thatcher's friends and family are reportedly incensed by the film's depiction of her struggle with dementia.

She apparently refused a request from Ms. Streep to discuss the project, worried it would distort the view of her 11-year tenure on Downing Street as Britain's first and only female prime minister.

Ironically, it's her political views, not her personal problems that have been playing in the British press this week.

Mrs. Thatcher believed that if European countries relinquished their own currencies in favour of a shared one, they would be unable to effectively set domestic policy and the collective would ultimately suffer as a result.

In Brussels last week, Mr. Cameron essentially channelled the "shopkeeper's daughter," arguing against any treaty that would allow for union-wide regulation of financial-sector taxation.

"We were offered a treaty that didn't have proper safeguards for Britain and I decided it was not right to sign it," Mr. Cameron said.

The new treaty, minus Britain, obliges the remaining 26 EU countries to stronger austerity measures and deeper economic integration to save the euro, which not all of them even use.

Britain's objections, in principal, are nothing new.

"We have not successfully rolled back the frontiers of the state in Britain, only to see them re-imposed at a European level with a European super-state exercising a new dominance from Brussels."

That wasn't Mr. Cameron. It was Mrs. Thatcher, delivering a speech to The College of Europe. The year was 1988.

An alternative view of history holds the economic troubles plaguing Britain – and its rocky relationship with Europe – proves Thatcherism was wrong; if anything, it created the current mess in the first place.

"European alliances were really the only means Britain had to be independent of American control. Without them, we tag along, a bit pathetically behind Washington, into places like Iraq," he said.

Mrs. Thatcher was only right "if you think that the political danger for Britain lies in domination by Europe rather than the United States," adds Mr. Beckett, who has not yet seen the film.

"Margaret Thatcher was about as wrong as anyone could possibly be," he said. 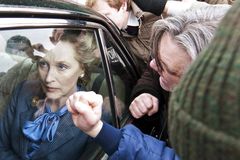 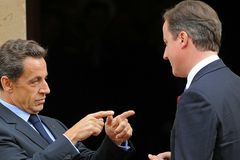 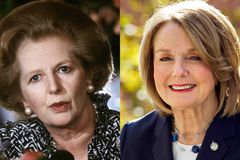 Opinion
Why the euro zone crisis still has legs
December 16, 2011