If ever a man was born to hold high office in Israel it would seem to be Isaac Herzog, leader of the Labour Party and co-chair of a voting bloc known as the Zionist Union. His grandfather, Yitzhak Herzog, was the first chief rabbi of Israel; his father, Chaim Herzog, was the country's sixth president; his uncle was Abba Eban, the great orator and Israeli foreign minister.

So it should come as no surprise that less than a week before Israel's election, Mr. Herzog's bloc has a lead over Israeli Prime Minister Benjamin Netanyahu's Likud party, and that Mr. Herzog has a good chance to become Israel's prime minister.

But it is a surprise, a bombshell. The soft-spoken, cerebral Mr. Herzog is far from a typical candidate for prime minister. Israelis like their leaders tough and gruff – think David Ben Gurion, Golda Meir, Menachem Begin, Ariel Sharon.

That Mr. Herzog is in the running so close to election day speaks volumes about the changing values in the Jewish state. This is not his father's or his grandfather's Israel.

The Labour Party has won election only twice since 1977, when the left was defeated for the first time by Menachem Begin's right-wing Likud coalition. Only under Yitzhak Rabin and Ehud Barak did the party triumph – in 1992 and 1999 – because Mr. Rabin had been the military chief of staff who captured the Old City of Jerusalem in the 1967 Six-Day War, and Mr. Barak, another chief of staff, was the most decorated soldier in Israeli history.

While Mr. Herzog, 54, was an officer in military intelligence and has served as housing minister and social welfare minister in previous coalition governments, he's no match to those two predecessors.

Mr. Herzog chose to study law and joined his father's firm in Tel Aviv, before running as a candidate for Labour in the 1999 election. He didn't win a seat in that election but served as government secretary to Mr. Barak's cabinet. In the 2003 vote, he became a member of the Knesset.

Viewed as a kind of technocrat, his success as cabinet minister surprised many people, as did his unexpected election as party leader in November, 2013.

Nahum Barnea, a political columnist for the popular Yediot Ahronot newspaper, once described Mr. Herzog as projecting "the image of a goody-two-shoe. Maybe it's his voice, his tone, his attitude," he said. "He doesn't have that militant or combative nature," expected in an Israeli politician.

"People are wrong about me," Mr. Herzog told an Israeli interviewer recently. "Because of my appearance, my voice and my background, they do not realize whom they are dealing with. I am much stronger than people think.

"My style of leadership is different," he acknowledged. "I am not a general, but a citizen who works with people."

Mr. Herzog took a page from his rabbi grandfather's book. "I am always looking for the middle path, like Maimonides," he told the interviewer. "I am a social democrat who wants both a free market and a just state. I am a pragmatist who tries to act fairly."

"My role as a leader," he said this past Sunday, "is to unite everyone, bring them together to a common denominator, give them a sense of purpose and hope."

The Labour leader set an example – combining his party list with that of the smaller Hatnuah Party, led by former foreign minister Tzipi Livni, to form the Zionist Union. Mr. Herzog also agreed that should the ZU form a government, he and Ms. Livni would alternate as prime minister after two years.

"We realized we had a one-time opportunity to take the reins of government from Netanyahu," Mr. Herzog explained to an Israeli reporter. "But in order for a political turnabout to happen, we have to be the biggest [bloc]."

The ZU is even being welcomed in Sephardi Jewish communities that long hated the Labour Party for excluding them from their Ashkenazi Jewish establishment.

"Zionist Union is different," said Israeli columnist Ari Shavit, author of My Promised Land, who accompanied Mr. Herzog on a recent campaign visit to Beit Shean, an overwhelmingly Sephardi town in the Jordan Valley. "Isaac Herzog is different." In previous elections, a Labour candidate "could not set foot here without arousing hatred and a riot breaking out," he said.

Mr. Herzog may not have won any votes, this time, Mr. Shavit concluded, but he won respect.

The Herzog approach to issues suits many of today's Israeli voters. Public-opinion surveys this week showed the majority of Israelis consider the economy the greatest priority, with security a distant second.

While Mr. Netanyahu beats the drums against Iran, using it, some say, to create fear in an effort to win votes, Mr. Herzog puts it in a different perspective. "I agree that a nuclear Iran is extremely dangerous, and I believe that it must be prevented," he said in another recent interview. "No Israeli leader will accept a nuclear Iran."

But how far is this mild-mannered leader willing to go to ensure Iran doesn't develop nuclear weapons? "All options for me are still on the table," including Israeli military strikes, he said. But, "I trust [U.S. President Barack] Obama to get a good deal."

When it comes to possibly evacuating Israeli settlements on the West Bank as part of a peace agreement with the Palestinians, Mr. Herzog says he's prepared for that, too.

"If the moment should come when settlements must be removed, I will do so. But I will do so only as [Menachem] Begin did: by agreement and after dialogue with the settlers themselves."

Mr. Herzog laid out his views on establishing a Palestinian state in a September, 2011, article in Foreign Affairs. Surprisingly, he said that Israel should not try to stop the Palestinian bid for United Nations recognition as a state. In fact, he wrote, Israel should vote in favour of the idea.

More recently, he said that, to get the Palestinians back to the negotiating table, he would be willing to freeze all settlement-building on the West Bank except in major settlement blocs that are vital to Israel's security.

Both these notions have been dismissed as capitulation by the Netanyahu administration.

To which Mr. Herzog replies: Look where the Netanyahu tough approach has gotten us: "He is damaging basic principles of Israeli statesmanship. He is endangering the Jewish democratic state. He is wearing down the most important strategic asset we possess: our alliance with the United States."

Even the Netanyahu idea of building new housing, Mr. Herzog says, is to build another settlement.

"Likud has been hijacked by a group of extremist settlers," he concludes.

For a guy with so many alleged shortcomings Mr. Herzog is supremely confident.

"In less than a year after I become prime minister, Israel will be a different country: calm, soothed, sane."

Mr. Herzog has said he would focus on three things if elected: solving the country's housing crisis, healing strained relations with the United States and reigniting peace talks with the Palestinians that burned out under Mr. Netanyahu.

"If necessary, I will go to Ramallah," said Mr. Herzog, "and I will present to the Palestinian parliament a vision of hope.

"And I will make a gesture to [Israel's] Arab population," he added.

"Maybe I will appoint an Arab minister. I will show that the time of disunity and internal rift is over, and that a time of healing and reconciliation has begun."

Women get top spots in Israeli political parties, putting themselves in line for key positions
March 9, 2015 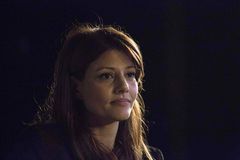 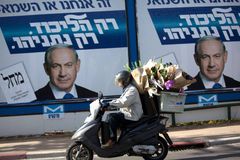 Opinion
Israelis and Palestinians are still stuck in the post-Rabin era
March 7, 2015 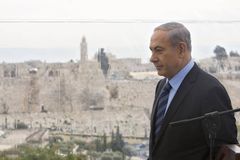 ANALYSIS
Netanyahu feeling pressure from all sides ahead of Congress speech
February 27, 2015 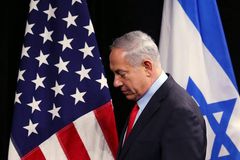 Is Zionism past its expiry date?
Subscriber content
February 20, 2015 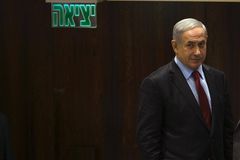