The Islamic State group killed more than 160 Syrian government troops seized in recent fighting, posting pictures of terrified young conscripts stripped down to their underwear before meeting their deaths in the arid Syrian countryside.

The images of the slayings that emerged Thursday were the latest massacre attributed to the extremist group, which has terrorized rivals and civilians alike with widely publicized brutality in Syria and Iraq as it seeks to expand a proto-state it has carved out on both sides of the border.

President Barack Obama played down the prospect of imminent U.S. military action in Syria on Thursday, saying "we don't have a strategy yet" for degrading the violent militant group seeking to establish a caliphate in the Middle East.

"They have no ideology beyond violence and chaos and the slaughter of innocent people," Obama said.

The President said his top priority remains rolling back the militants' gains in Iraq, where he has said they pose a threat to U.S. personnel in Erbil and Baghdad.

The mass killing of Syrian soldiers is part of a stepped up campaign by Islamic State militants targeting President Bashar al-Assad's forces. Until recently, the group had been focused on eliminating rivals among the rebels fighting to topple him, systematically routing Western-backed opposition fighters and other Islamic factions from towns and villages in northern and eastern Syria as it expands.

More recently, the jihadists have turned their attention to al-Assad's forces, seizing a series of military bases in northeastern Raqqa province. In the process, they have killed hundreds of pro-government forces, beheading some and later displaying their severed heads on poles and fences and posting the pictures online.

Most of the dozens killed over the past 24 hours were rounded up Wednesday near the Tabqa air base, three days after Islamic State fighters seized the base. The government troops were among a large group of soldiers from the base who were stuck behind front lines after the airfield fell to the jihadi fighters.

The Britain-based Syrian Observatory for Human Rights said around 120 captive government troops from Tabqa were killed near the base. Islamic State fighters also killed at least another 40 soldiers, most of whom were taken prisoner in recent fighting at other bases in the Hamrat region near Raqqa city, the group's stronghold.

A statement posted online and circulated on Twitter claimed the extremists killed about 200 government prisoners captured near Tabqa. It also showed photographs of what it said were the prisoners: young men stripped down to their underwear marching in the desert, some with their hands behind their heads. The photos could not immediately be verified, but correspond to other AP reporting.

The group also posted a video showing Islamic State fighters forcing the barefoot men to march through the desert. Another video later showed dozens of bodies piled in the desert, alongside others lying motionless – apparently dead – in a row in the sand.

While the videos could not be independently confirmed by the AP, they appeared to illustrate the claims made online by the Islamic State group and Syrian opposition activists about the mass killing.

There was no immediate comment from the Syrian government, which has been tight-lipped on the massive death toll incurred by its soldiers at the hands of Islamic State fighters in the past two months.

In its rise to prominence over the past year, the extremist group has frequently published graphic photos and videos of everything from bombings and beheadings to mass killings and images of jihadis taunting and humiliating terrified troops or other opponents.

In Iraq, the group killed nearly 200 men – most of them Iraqi soldiers – in late June near the northern city of Tikrit, human rights groups and Iraqi officials say. It published photos online showing dozens of men dressed in civilian clothing lying face down as militants aimed rifles at their backs. A final set of photos showed their bloodied bodies.

Earlier this month, Islamic State fighters shot hundreds of tribesmen in eastern Syria who had risen up against the group. Some were beheaded. Last week, they posted a video showing the beheading of U.S. journalist James Foley.

The release of gruesome photos and videos documenting the slayings underscores how the extremist group uses violence – and images of violence – to instil fear in its opponents at home and win recruits abroad.

A United Nations ommission accused the Islamic State group Wednesday of committing crimes against humanity in Syria – echoing UN accusations against the group in Iraq.

The U.S. has been conducting air strikes against Islamic State targets in Iraq, and is now considering extending its campaign to Syria, home to the group's declared capital of their self-styled caliphate.

The Islamic State group's surge is one aspect of Syria's multilayered civil war, a bloody conflict that has killed more than 190,000 people and destabilized the region. 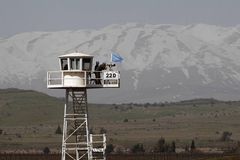