Yisrael Katz, Israel's Intelligence and Transportation Minister, wants Prime Minister Benjamin Netanyahu's job. And if he ever gets it, he would try to launch his country into a novel – and perhaps revolutionary – direction, one that would see a new "anti-Iran axis" formed along with Saudi Arabia and other Sunni powers.

In an interview with The Globe and Mail in Jerusalem earlier this week, Mr. Katz, 62, said he would not negotiate a peace agreement with the Palestinians that would see them form a sovereign state. But he is keen on an agreement with Saudi Arabia and other Sunni Arab countries in the Gulf region that would become the basis of an Arab-Israeli economic bloc anchored by a vast rail and port network.

Both Israel and Saudi Arabia consider Iran and its proxy militia, Hezbollah, an enormous – and expanding – threat. "Iran is the big enemy," he said from the transport ministry office, near the Knesset, Israel's parliament. "It's very clear we [Israel and Saudi Arabia] are practically on the same side … All Sunni countries are against Iran. We wish to have a peace agreement in parallel with advancing regional economic development initiatives."

If the rail and port network were to pull the region together through trade, it would form an "anti-Iran axis," Mr. Katz said.

The railway, which already exists on lengthy stretches, would link a new port at Haifa, on the Israeli coast, to Jordan (which has a peace agreement with Israel), and south into Saudi Arabia and the Gulf states. A spur line would dip into the West Bank, Mr. Katz said, to give Palestinians access to the trading network. Only 40 kilometres of extra rail line would have to be built inside Israel, and 200 kilometres of line to a regional rail hub inside Jordan. A Chinese company has already agreed to build a new port in Haifa. Mr. Katz said that if the rail plan succeeds, Haifa would see exports of $250-billion (U.S.) a year – and that, he said, was a conservative estimate.

Mr. Katz would not confirm or deny that he has met with senior Saudi officials to build momentum for his peace and development plan. But an Israeli government source, who did not want to be identified, confirmed that Mr. Katz has met representatives of countries with which Israel does not have diplomatic relations.

There are even rumours that Mohammed bin Salman, the Saudi crown prince who is the driving force behind Saudi Arabia's aggressive new anti-Iran stance and economic overhaul plan, has made a secret visit to Israel. When asked if that were true, Mr. Katz at first said "I don't think so," then, after some hesitation, said "He hasn't been here."

(The Saudis' official line has been to deny any relations with Israel. Saudi Foreign Minister Adel al-Jubeir told Reuters that the Sunni Muslim kingdom has had no talks with Israel despite sharing its concern about the regional influence of Shiite Iran.)

Mr. Katz, however, this week invited Prince Salman to Israel and confirmed that he has discussed the Saudi peace and economic development plan with Jason Greenblatt, Mr. Trump's special envoy for international negotiations and adviser on the Middle East. "I had seven meetings with Jason Greenblatt about these things in Washington about this initiative, about the railway," Mr. Katz said. "He is talking with Saudi Arabia, with Jordan with the Palestinians [about it]."

Mr. Katz is a prominent figure in Israel and is widely considered to be one of the three main contenders to replace Mr. Netanyahu, 68, the chairman of the right-wing Likud party and who is halfway through his fourth term as Prime Minister. The next election is set for November, 2019, but a corruption scandal enveloping Mr. Netanyahu could put a premature end to his political career and trigger an early election. On recent weekends, thousands of anti-corruption protesters, some of them calling for Mr. Netanyahu to resign, have filled the streets of Tel Aviv.

In August, police confirmed that they had been investigating Mr. Netanyahu since early 2017 in two cases of potential corruption. The first centres on gifts he and his family allegedly took from wealthy benefactors, among them Hollywood producer Arnon Milchan; the second concerns an alleged deal in which he sought favourable coverage from one of Israel's leading newspapers in exchange for curbing the influence of one of its competitors.

Mr. Netanyahu denies the allegations. His former chief of staff, Ari Harow, reportedly struck a deal to become a state witness in exchange for a lighter sentence. Mr. Katz said the investigation is "serious," calling it a "black cloud" over Mr. Netanyahu's head. He denied that he is trying to profit from Mr. Netanyahu's predicament, professing his loyalty to the Prime Minister. "My plans [to succeed Mr. Netanyahu] did not begin when the investigation began," he said. "It started before. I am not going to compete with him."

Mr. Katz is trying hard to build his domestic and international image and credentials. He is taking English lessons – his English is halting – and has lost a lot of weight, though he is still a big man. He was born in the Israeli coastal city of Ashkelon, near the Gaza Strip, to a Latvian father and Romanian mother. A former captain in the Israeli Defence Force's paratrooper brigade, he attended the Hebrew University of Jerusalem, where he studied political science and international relations. He entered the Knesset in 1998 and joined the cabinet in 2003 as Agriculture Minister, later rising to Intelligence and Transportation Minister – he holds both titles. He is also a senior member of the Prime Minister's security cabinet.

Mr. Katz is considered a right-wing hardliner who speaks his mind, undiplomatically on occasion. At university, he was suspended for a year after participating in violent clashes with Arab students. Last year, at a Jerusalem conference on the boycott, divest and sanctions (BDS) movement, he called for the "focused civilian elimination of the leadership of BDS," though was careful to explain that he was not calling for assassinations. He was the subject of international ridicule after the 2016 terrorist attacks in Belgium, when he accused the Belgian security forces of "eating chocolate and enjoying life" instead of growing their efforts to eliminate Islamic terrorists.

Gerald Steinberg, a political science professor at Israel's Bar Ilan University, said that Mr. Katz "has learned to walk the walk and talk the talk of a national leader" but thinks he faces formidable competition in the race to replace Mr. Netanyahu, which could start soon if he is indicted and forced to resign. "He has established a mid-level following through patronage," Mr. Steinberg said, noting that his security credentials are not his strong suit even though he is Intelligence Minister, which is actually considered a B-level cabinet position (the transportation ministry is A-level).

His transportation credentials have received favourable reviews, especially his domestic rail scheme, and his railway plan to connect Israel and Jordan to the Saudi Arabian peninsula, while ambitious, is not considered outrageous even if its cost and funding remain largely unknown.

Gershon Baskin, co-chairman of Israel Palestine Creative Regional Initiatives, author of the new book In Pursuit of Peace in Israel and Palestine and green-energy entrepreneur, said a logistics network such as the one envisaged by Mr. Katz "can be useful when and if there is a peace process."

He points out that regional economic development that takes in Israel and some Arab states is hardly a new idea, but has always been a non-starter for political and economic reasons. "In the past, it scared the Arabs who thought that Israel had plans to dominate the whole region economically."

But Mr. Katz notes that the power balance in the Middle East is changing with the rise of Iran. Iran has scored military victories against the Islamic State in Iraq and Syria, controls the Hezbollah political and military movement in Lebanon and is backing the YemeniHouthi rebels, who are fighting a Sunni coalition led by Saudi Arabia. "They [the Sunni Arab states] see Israel as the only power than can stand against Iran in the region," he said.

Mr. Katz's "Orient Express," as some Israelis have called it, is still in the concept stage and could get derailed by political fighting. The Arab states all opposed Donald Trump's plan to recognize Jerusalem as the Israeli capital and make it the home of the new U.S. embassy, and may be in no mood to knit together the regional economies unless Israel agrees to a two-state solution.

Certainly, the rail plan would be unthinkable without the approval of Prince Salman, the heir apparent to the Saudi throne. After Mr. Trump's Jerusalem decision last week, the Prince said the Palestinians had "the right to establish their independent state with East Jerusalem as its capital."

If elected prime minister, Mr. Katz might have to bend on his refusal to recognize a Palestinian state if he wants his regional peace and economic development plan to come to fruition. 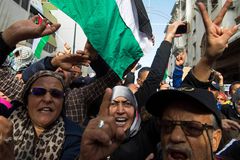 analysis
Will realignment in the Middle East lead to rare stability or an eruption?
November 24, 2017 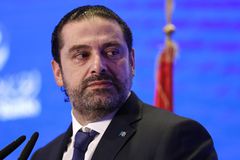