Only the minaret still stands after an Israeli airstrike reduced Gaza's Al-Qassam Mosque to a heap of concrete, iron rods and dust. Hours after the pre-dawn attack, rescue workers searched in the rubble, residents gathered — and plainclothes Hamas security agents mingled among them.

Also known as the Grand Mosque, it was one of 63 that Israel has destroyed in its monthlong war with Hamas, according to Palestinian officials. The reason, Israel says, is that Hamas is using mosques to stockpile weapons and rocket launchers, and to hide tunnels used to infiltrate into Israel and carry out attacks.

In its determination to go after what it says are militant arsenals, Israel is throwing aside any reluctance it had in the past to hit religious sites for fear of a diplomatic backlash. In Israel's week-long 2012 air campaign in Gaza, not a single mosque was hit. In the three-week 2008-2009 war with Hamas, Israel shelled 17 mosques and toppled 20 minarets, saying they were used as Hamas military antennas.

During recent visits by The Associated Press to a half-dozen Gaza mosques destroyed by Israeli strikes, residents categorically denied they were used by Hamas as hideouts for its fighters or as storage places for its hardware.

"None, absolutely none," or "I never saw members of the resistance anywhere here" were the most common responses to queries about whether the militants used them for military purposes.

And, indeed, most of the targeted mosques did double as social, education and health centres for residents, offering them medical care, classes to memorize the Qur'an and eradicate illiteracy, as well as sports events like soccer and table tennis tournaments.

Still, in a string of recent conflicts in the region, including the ongoing Syrian civil war and the 2003-2011 Iraq war, militants routinely stored weapons in mosques as Israel accuses Hamas of doing — the houses of worship serving as a deterrent to the enemy, since targeting them could create a public relations disaster.

In this war, Israel's military says that Hamas has used mosques to stockpile weapons and rocket launchers, to hide tunnel access shafts and lookout posts, and to hold military strategy sessions. It says that of the more than 3,000 rockets Hamas fired at Israel during the war, 600 were launched from civilian facilities, including 160 from mosques. It has also posted video clips on social media sites that it says show Israeli troops uncovering weapons caches inside mosques.

"Terror organizations in the Gaza Strip, led by Hamas, cruelly abused mosques and humanitarian facilities by using them for terror activities," the Israeli military said in a statement emailed to the AP. "It was Hamas that intentionally chose to establish its offensive capabilities within these premises, rendering them a legitimate target."

"Cynically, they are using those places in order, first of all, to feel immune that they will not be targeted," said Fighel of the International Policy Institute for Counter-Terrorism, an independent think-tank .

"And then if the place is targeted, they can scream and shout and say that the attacking side was violating the sanctity of worship."

Mosques have traditionally been a key part of Hamas' infrastructure, serving as centres for recruiting, training and nurturing future fighters, and their destruction would certainly have negative repercussions for the militant movement in the future.

"They want to undermine our faith and resolve, which are the foundations of jihad," said Yahya Abu Siyam, a bearded primary school teacher, as he sat with other worshippers inside the ruins of the Farouq Mosque in the southern town of Rafah, targeted in a July 22 airstrike that also damaged several homes.

Standing atop the ruins of the Al-Qassam Mosque in the Nuseirat Refugee Camp, Abu Bilal Darwish, the director of Islamic Endowments for central Gaza, echoed the same argument.

"This is aggression against Islam," he declared. "The occupiers realize that our mosques raise men and people who desire martyrdom for the sake of God."

Of the mosques visited by the AP, Al-Qassam stood out as the most suspicious given that three senior Hamas officials perished in the pre-dawn airstrike Saturday and judging by the heavy security presence in the aftermath of the attack. Underlining the tension, an AP reporter was briefly detained by plainclothes Hamas security men after he took down the names of two religious books recovered from the rubble.

Targeting mosques touches a raw nerve in Gaza, where they are seen not just as places of worship but as integral parts of the social fabric in the conservative coastal strip — a place where people meet friends and relatives, as well as the venue for weddings and funerals. In a conflict often framed in religious terms, they are laden with symbolic significance — and are as austere as Gaza itself, without the grandiosity of many recently built mosques across the region.

In at least one attack, an ancient mosque was hit: The 7th century al-Omary mosque in the Jebaliya refugee camp in northern Gaza, which stands next to a large, modern, two-story mosque by the same name. Both were destroyed.

Other mosques visited by the AP have a history that is deeply interwoven with the lives of the Palestinians around them.

The towering Hamza Ibn Abdul-Mutaleb Mosque in Gaza City's Love Hill district was a $1 million project, two years in the making and just weeks from completion, funded by the son of a wealthy Palestinian businessman who passed away without realizing his lifelong dream of building a mosque in his native land.

"To us, the mosque was a newborn baby that we all looked after," said Kamal Salim, who sat on a committee that oversaw its construction. "With the blockade of Gaza, we struggled to find building material and the donor hired guards to stop anyone from attempting to use the building for purposes other than worship."

On the other side of Gaza, in the Zeitoun district, Kamal Foudah recalled the Aug. 2 strike that demolished the neighbourhood's Martyrs of Zeitoun mosque.

Before dawn, he said, he received a call with these instructions: "Go rouse everyone living around the mosque and tell them to get out and move to a safe distance. You have five minutes to do that before we bomb it."

Scared and confused, Foudah said he did what he was told.

"I ran out like a crazy man screaming 'Wake up! Get out, quick! The Jews will bomb the mosque!"' he said, standing outside his home, some 30 metres (yards) from the levelled mosque.

The caller was from the Israeli military and, as promised, the airstrike took place 15 minutes later, damaging several homes but killing no one.

"I am a coward. Before that night, I had not left home since the war started. I cannot believe I did what I did," Foudah said.

Canadian doctor who was detained in Egypt denied entry to Israel
August 12, 2014 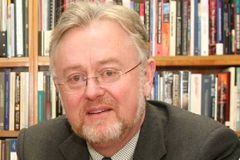