Lying in bed, wearing a blue gown covered in Hebrew lettering, Abu al-Qaqa chuckles at his situation: a former Syrian soldier – who once trained for war against the "Zionist enemy" – recovering at a hospital in northern Israel so that he can return to the fight against the regime he once served.

"It is strange," the bearded fighter says as he gingerly exercises a knee that was shattered during a regime air strike, one of three times he has been wounded during his country's seven-year-old civil war. His knee has been rebuilt by doctors at the Ziv Medical Centre in this city that's a centre of conservative Judaism, and Abu al-Qaqa – who wears a beard that reaches the middle of his chest "like the Prophet Mohammed's" – has a scenic view of the Sea of Galilee as he works to rebuild muscle strength and range of motion.

Abu al-Qaqa, who gave The Globe a nomme de guerre rather than his real name (the interview was supervised by Israeli military censors), has a simple explanation for how his situation came to be. "The enemy of my enemy is my friend," the 6-foot-4 shawarma cook-turned-militiaman says with a wide smile, looking at others around the hospital room to see whether the Arabic saying has an equivalent in English or Hebrew.

Some expressions, it seems, are universal.

The enemy that Sunni Muslim fighters such as Abu al-Qaqa share with Israel is Iran, which intervened in Syria's war to save Bashar al-Assad's regime (Iran is a Shia Muslim theocracy, and Mr. Assad's regime is dominated by followers of an offshoot of Shia Islam). Mr. Assad and his allies now have the upper hand in the war, leaving Iran in a position to use Syria as a base from which to strike at Israel.

Israel's involvement in Syria's war has, up to now, been low-key, often covert. But analysts and officials here say that Israel may soon join the conflict in a more overt manner to keep Iran and its proxies from establishing military positions on Israel's doorstep.

The regional turmoil is unfolding at the same time as a domestic political scandal that could see Prime Minister Benjamin Netanyahu charged with corruption in the weeks ahead, leading many Israelis to wonder aloud whether Mr. Netanyahu – who has warned for years of the threat posed by Iran – is too distracted to lead the country in a time of growing crisis.

Last month, the region got a taste of what could be ahead when an Iranian reconnaissance drone entered Israeli airspace and was shot down. Israel retaliated by striking the base from which the drone was launched, and saw one of its jets knocked from the sky by a Syrian missile, the first Israeli jet destroyed in combat for decades. That was followed by a wave of Israeli air strikes against Iranian and Syrian targets that ended only after Russian mediation.

Israel has carried out dozens of air strikes inside Syria since the war began, nearly all of them aimed at preventing the transfer of missiles and other weapons to Hezbollah, a Lebanese militia backed by Iran. But the Feb. 10 fighting represented the first direct hostilities between Israel and Iran.

The possibility of Israel and Iran regularly trading fire in Syria raises the nightmare scenario of a wider war. In addition to Iran and the various Syrian factions, the United States, Russia and Turkey all have forces on the ground in Syria.

"The potential for friction and escalation – if Iran continues to do this – grows. I think there's no doubt about that," Chagai Tzuriel, the director-general of Israel's Ministry of Intelligence, told The Globe in an interview in Tel Aviv. Mr. Tzuriel said the growing Iranian presence in Syria was getting very close to crossing a "red line" for Israel. "The Iranian military presence in Syria must be blocked and rolled back."

For now, Israel is working to quietly establish a buffer zone on the Syrian side of the Golan Heights, hoping to keep Iran and its ally Hezbollah from turning southwestern Syria into an extension of the frontline that already exists between Israel and Hezbollah along the Israel-Lebanon border. (Israel has invaded Lebanon three times since 1978, most recently in 2006 in response to a cross-border attack by Hezbollah.)

'I know they're fighters from their injuries'

Keeping Iran and Hezbollah away from the Golan Heights is where the medical care – and other aid – given to fighters such as Abu al-Qaqa comes in.

The 30-year-old is one of more than 3,500 Syrians who have been given medical treatment in Israel over the past five years, including 1,000 who were taken to the Ziv Medical Centre. Staff at the hospital in Safed say about 90 per cent of adults treated were men of fighting age. All were returned to Syria, and presumably the battlefield, after recovery. The whole operation – including decisions about who gets let into the country for treatment – is overseen by the Israeli military.

Israel has also delivered food, medicine and, according to some reports, weapons to those living on the far side of the Golan Heights, an area that is under the control of anti-Assad rebels, some secular, some Islamist.

The aid comes with a key condition: The recipients agree not to let anyone – specifically Iran or Hezbollah – use their territory to attack Israel.

"They don't tell us their real names, or whether they're fighters or not. I don't ask about their private lives," says Fares Issa, an Arabic-speaking social worker at the Ziv Medical Centre. "I know they're fighters from their injuries."

Michael Harari, a senior doctor at the hospital, recounts a story that leaves little doubt about whom they have been healing: A 15-year-old Syrian boy arrived in Safed with grievous injuries and had a grenade fall out of his pocket while he was lying on the operating table. Luckily for the doctors, the pin was still in.

The future of Benjamin Netanyahu

While Israel's warnings about Iran make international headlines, the talk of war shares space in Israeli media with speculation about the fate of Mr. Netanyahu.

Israeli police last month declared that they saw enough evidence to charge Mr. Netanyahu in two separate corruption cases. One involves allegations that he took gifts from businessmen worth US$300,000. In the other, Mr. Netanyahu is alleged to have offered competitive advantages to Israel's biggest newspaper in exchange for favourable news coverage.

Mr. Netanyahu, who was questioned by Israeli police again on Friday over an unrelated third corruption case, has dominated Israeli politics for almost a decade. The decision whether to press charges now rests with Attorney-General Avichai Mendelblit.

Even if he's charged, Mr. Netanyahu – who has borrowed from U.S. President Donald Trump's playbook in dismissing the charges against him as a "witch hunt" and "fake news" – is expected to try to stay on as Prime Minister. So far, the other parties in his right-wing coalition seem willing to let him.

If they don't, Mr. Netanyahu could call a snap election, betting that the electorate would trust him – a veteran of the international scene who has developed close relationships with both Mr. Trump and Russian President Vladimir Putin – over his rivals to lead the country into any showdown with Iran.

"Netanyahu is still seen, with some justification, as the best person to deal with all these things facing Israel," said Anshel Pfeffer, a veteran journalist who is the author of an autobiography of Mr. Netanyahu that will be published in May. "I don't see anyone beyond the far left criticizing a strike against the Iranian presence in Syria, or against Hezbollah."

While some of Mr. Netanyahu's political opponents have accused him of exaggerating the Iran threat to distract from his corruption scandals, Israel's defence and intelligence communities share Mr. Netanyahu's worries.

"Israel and Iran are proceeding on evidently colliding vectors; Iran is determined to establish itself in Syria, and Israel is determined to prevent it," said Assaf Orion, a retired brigadier-general. Conflict is not inevitable, he said, but if it happens, Gen. Orion believes it would involve fighting in both Syria and Lebanon, and perhaps beyond.

Ready for the moment of war

At her home in the village of Majd al-Shams – high in Golan, with a view of the border wall Israel constructed early in the civil war to keep refugees from fleeing Syria's war in this direction – Raya Fakheraldeen thought the war she's been fearing for years had finally come. The 35-year-old gathered her two young daughters, and headed into the basement shelter she had been stocked and cleaned for this kind of moment.

The fighting stopped short of a full-blown war, and Ms. Fakheraldeen and her family emerged from the shelter and held a barbecue that evening. But she didn't unpack the bag she keeps ready in case she and her family have to flee, like the Syrian refugees she's seen on television. "I'm ready, everything's in a bag," she said.

For decades – even as Israel and Syria remained in a technical state of war, and despite vows by both Mr. Assad and his father, Hafez, to retake the Golan (which Israel seized and annexed in a 1967 war) – this was Israel's quietest frontier. Israel and Syria fought proxy wars in Lebanon, but the United Nations-monitored ceasefire here largely held.

The only trouble came in the form of occasional demonstrations by Golan residents, many of whom are members of the Druze religious minority – an offshoot of Shia Islam – and still consider themselves Syrian. (One recent outbreak of violence saw a crowd of Druze surround an Israeli military ambulance carrying wounded Sunni fighters rumoured to have participated in attacks on Druze villages in Syria. The crowd pulled the two fighters from the ambulance and beat them badly, killing one.)

Today, the 20,000 Druze who live in four Golan villages feel the peace they've enjoyed, even as they chafed under Israeli rule, is disappearing.

"Right now it's quiet, but at any moment it could turn into a regional war," said Nissar Ayab, a local human-rights activist. "People remember the wars of 1967 and 1973. They're scared." 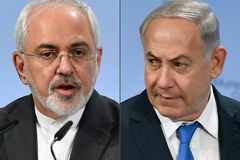