Israel airmailed a message to Damascus Wednesday, carrying out an air strike on a convoy apparently carrying high-value Syrian weaponry somewhere between the capital and the Lebanese border 25 kilometres away.

Reports from unnamed diplomatic and western military sources indicated the target was a convoy believed to be carrying Russian-made surface-to-air missiles, SA-17s, to Hezbollah, the militant political-religious movement that dominates the Lebanese government.

Syria, however, issued a statement that it was a military research centre outside Damascus that was attacked by Israel, a report subsequently denied by rebels, who claimed to have carried out the research centre strike themselves.

It was the first time in five years that Israel's air force carried out an attack inside Syria. In 2007, the target was the site of what was said to be a nuclear reactor under construction.

Israel never acknowledged carrying out the assault and Syria never retaliated for it.

This time Israel's aim was to take out sophisticated weaponry and to warn the Damascus regime that it mustn't try such a thing again – a mission made that much more difficult since Syria, in the midst of civil war, has become almost a failed state, and the spark could ignite a tinderbox.

There may be confusion over what was hit and where. But the message to Syria was clear, said Mark Heller, principal research associate at the Institute for National Security Studies at Tel Aviv University: "We're watching. Don't try sending anything to Hezbollah. Just don't do it."

Israel refused to confirm or deny the reports of the operation, but the apparent attack, in the early hours of Wednesday morning, came three days after a warning from Israeli Prime Minister Benjamin Netanyahu that "lethal weaponry" from Syria could be falling into the hands of the Iranian-backed Hezbollah in Lebanon.

The attack on the Syrian weapons also came just hours after the head of the Israeli air force told a conference outside Tel Aviv that his forces were involved in an unending "campaign between wars" against nearby enemies.

"This campaign is 24/7, 365 days a year," Major-General Amir Eshel told an international space conference in Herzliya. "We are taking action to reduce the immediate threats, to create better conditions in which we will be able to win the wars, when they happen."

Israel's refusal to comment Wednesday on reports of the air assault is usual in such cases, said Dr. Heller.

"Israel says nothing so as not to force anyone to respond," he explained, careful to say himself that his only sources of information about the alleged strike were outside media outlets. "No one is looking to escalate matters," he said, "just to convey a warning."

Earlier this week, the Israeli military confirmed it had deployed two batteries of its Iron Dome anti-missile system to Haifa. In 2006, the northern Israeli city came under heavy missile fire from Hezbollah during a three-week conflict between Israel and Lebanon.

The SA-17 anti-aircraft missile, if deployed in Lebanon, would seriously impede Israel's ability to gather intelligence by its regular over flights and would compromise Israel's military capabilities in case of renewed hostilities.

In the 2006 conflict, Israeli aircraft acted with relative impunity, striking daily at numerous strategic targets across the country.

"Hezbollah has been bent on building up its arsenal," said the Canadian-born Dr. Heller, a specialist in strategic studies.

While some suggest Syria might be shipping these weapons to Hezbollah for safekeeping, more likely the order to move them would have come from either Russia or Iran, said Dr. Heller.

Iran has closer connections to Hezbollah and maintains a number of Revolutionary Guard officers and trainers in the country. It may well want to ensure that even if Iran loses its ally, Bashar al-Assad, in Damascus, it will have fortified its next nearest ally in Lebanon, he said.

In fact, the message of Wednesday's attack "may have been intended for Tehran," said Dr. Heller.

The message: "We [Israelis] have heard your threats about using Hezbollah against us, and we're not impressed."

Syria at 'unprecedented levels of horror' says UN envoy
May 11, 2018 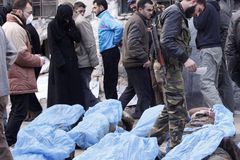 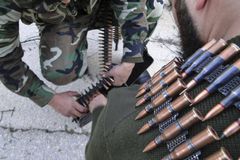 Shrinking likelihood of Assad holding on power: Russian PM
May 11, 2018 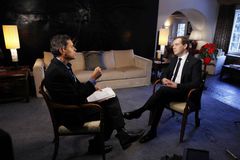 No signs Syria’s al-Assad will be overthrown, France says
May 11, 2018 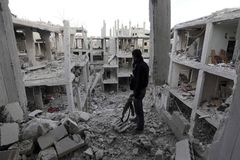 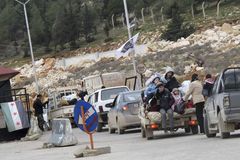