For weeks, the question has been asked: Is there going to be another war in Gaza?

It certainly looked that way: Israel's new Defence Minister, Avigdor Lieberman, has been outspoken about dealing a final blow to Hamas, the Palestinian resistance movement that controls the besieged Gaza Strip. And Hamas has been just as bellicose in return, seemingly undaunted by the heavy toll in bodies and destruction taken by the last three conflicts in Gaza over the past eight years.

On Sunday, the organization's military wing, the Ezzedine al-Qassam Brigades, staged a large, loud parade through the streets of Rafah, the sandy enclave in the south of Gaza where Hamas was born in the late 1980s. Brandishing their weapons and displaying on floats some of their pointed, long-range Qassam missiles, the group's masked spokesman known as Abu Obeida warned Israel that its siege of Gaza "will not prevent the Qassam Brigades from developing their abilities."

"Whoever plants anger," he threatened, "will reap a volcano."

At just about the same time, at the far north end of the Gaza Strip (about 40 kilometres away), a lone rocket, said to have been launched by the Popular Front for the Liberation of Palestine (PFLP) in Gaza, landed in the nearby Israeli town of Sderot. It was just the 14th missile to have been fired from Gaza this year, a spokesman for the Israel Defence Forces (IDF) said, most of which were launched by fringe Salafi-jihadi groups, and none by Hamas.

As luck would have it, Sunday's rocket injured no one and caused no damage. But it was all the justification Mr. Lieberman needed to hit hard at Hamas in Gaza.

After initially firing a couple of shells at Hamas installations – the standard response for a Palestinian attack of this kind – the IDF waited until after dark before launching a major assault of about 50 missiles and shells that hit some 30 Hamas and other militant targets.

The last time such a barrage was unleashed was in the summer of 2014, during the 55-day war on Hamas in Gaza, when more than 2,100 Palestinians and 73 Israelis were killed. For a moment, on Sunday night, it looked like we might be witnessing a return to those bloody days.

Except that the 50 projectiles Israel fired Sunday night killed no one and injured lightly only two people. This was no accident, it seems.

The shelling did hit Hamas military infrastructure, though at a time when very few people were on duty.

On Tuesday, Mr. Lieberman explained that Israel has "no intention" of escalating tensions between the two sides – an odd choice of words coming after launching such an exceptionally large fusillade. He told reporters that Israel wants to show Hamas that "we will not stand by idly and let [Hamas] arm itself."

"My formula for the Gaza Strip is well known," he said. If the people in Gaza want to improve their situation by rehabilitating housing and infrastructure, they will have Israel's support, he said, but not if they engage in furthering their militarization.

Right now, "they [Hamas] don't want to take care of the residents" of Gaza, Mr. Lieberman said, "only rockets and tunnels."

Though the past several months have been among the calmest for years in this area, that calm doesn't seem to be good enough for the Israeli. His new carrot-and-stick approach is setting out a higher formula for deterrence – 50 to one (referring to the 50 missiles Israel fired at Hamas targets Sunday in response to one rocket fired on Sderot).

In the early days of the state of Israel, during the 1950s, Israel developed an unofficial 10-to-one formula for retaliating against attacks by Palestinian fedayeen who launched raids on Israelis from Gaza, then under Egyptian control. Then, too, the Israelis didn't always turn their sights on Palestinian targets, but on the Egyptian forces based in the strip, in the hope that the Egyptians would rein in the Palestinian guerrillas, much as Israel hopes Hamas will stop other militants today.

It didn't work for long, then, and even a 50-to-one ratio won't work forever now.

For the moment, Hamas is quiet. It probably will bring the maverick PFLP to heel, and will not respond further against the Israelis for the time being. Besides the threat of paying a steep retaliatory price if they do act, Hamas is focused on upcoming municipal elections in the Palestinian territories.

To the surprise of candidates for the Fatah party in the West Bank – and to the Israelis – Hamas has elected to participate in this year's vote and could do surprisingly well throughout the territories. It's the kind of move that could enhance the group's stature within the Palestinian community as a whole.

This is no time to get into a war in which they are badly outgunned, Hamas reasons.

That is what Israel is banking on when setting these new rules of the game. But it's playing with fire. 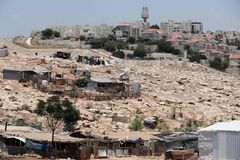 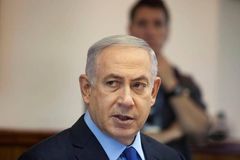 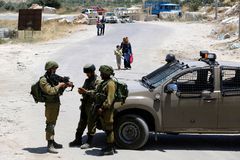