Reports that Israeli security advisers were dispatched to help Kenya deal with a major terror attack on an Israeli-owned Nairobi shopping mall should come as no surprise. The African nation and the Jewish state enjoy a very special relationship.

"To Israel, Kenya is one of the most important countries in Africa," said Galia Sabar, chair of African studies at Tel Aviv University. "Since 1963, the two countries have had a close, profound and, for the most part, a mutually beneficial relationship.

"Over the years we [Israelis] have provided them with expertise in modern agriculture, military training, communications and they have given us a foothold on the continent," Prof. Sabar said. "Because of Kenya, we have a way to keep an eye on events in the Indian Ocean and up and down the east coast of Africa.

"In the past 15 years, with the rise of al-Qaeda, and especially in the past seven years or so, we've been able to keep an eye on all the Islamist movements in the area," she added.

It was no surprise to Prof. Sabar that Israelis were helping Kenyan security forces this weekend. "Israel has been providing security advice for years," she said, especially since a 2002 terror attack on an Israeli-owned resort hotel in Mombasa. Three Israelis and 10 Kenyans were killed in that attack; missiles fired on an Israeli passenger plane at the same time missed their target.

"The only surprise today," Prof. Sabar said, "is that Kenyan officials are being so open about the Israelis helping them. Usually, those things are kept under wraps."

Israel's first embassy in Africa, and only its eighth overall, was opened in Accra, Ghana, in 1956. Its relationship with Ethiopia, then ruled by Haile Selassie, who considered himself a descendant of the Jews, was struck in the early 1950s.

Ethiopia, then with a coastline at the mouth of the Red Sea, held particular geopolitical attraction. And when Emperor Selassie faced a coup in 1960 while abroad, Israel dispatched a plane to fly him back to a location where he could rally his forces and crush the rebellion.

But pressure from Arab states in Africa, and Ethiopia's desire to continue to host the headquarters of the African Union, persuaded Addis Ababa eventually to downgrade its relations with Israel.

Kenya, through import-export companies in its port of Mombasa, offered Israel a way of trading with countries that officially black-listed Israel. Ships with Iranian pistachios, for example, would deliver their cargo to a Kenyan customer, who would then load the nuts on freighters bound for Israel.

Kenya and Ethiopia still, to some degree, also provide Israel with a way to pick up information on shipments of weapons destined for use against Israel.

In 2009, for example, a load of Iranian missiles intended for Hamas in Gaza, was detected and a squadron of Israeli fighter jets reportedly flew from Israel to a point over the Red Sea where they could launch their own missiles, destroying the military convoy as it made its way across Sudan.

"There have been many more such cases," said Prof. Sabar.

security forces. But in Kenya, they also are into everything from

construction and high-tech agriculture to mobile phone infrastructure and shopping centres such as the Westgate mall – where the attack by al-Shabab militants took place – in which Israelis have a share of ownership.

Until the 2002 Mombasa attack, Kenya also used to be the biggest tourist destination for Israelis visiting Africa, Prof. Sabar said.

Neighbouring Uganda also has a special relationship with Israel. Three weeks ago it was announced that several thousand Africans, mostly from Sudan and Eritrea, who had entered Israel illegally from Egypt, were to be deported to Uganda before being sent home. In return, Israel's Haaretz newspaper reported, Uganda is to be supplied with artillery shells, mortars and an upgrade of its aging jet fighter fleet.

Several of those being deported may well have been trained during their years in Israel in the art of intelligence-gathering and could be among Israel's eyes and ears on the ground in their respective countries. As Prof. Sabar said: "This region is just too important to ignore." 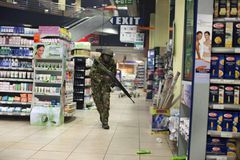 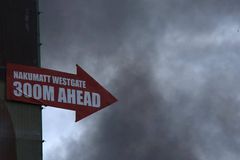 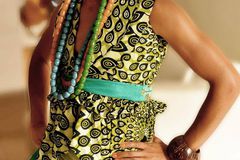 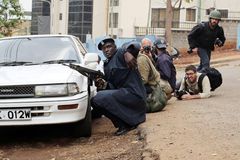 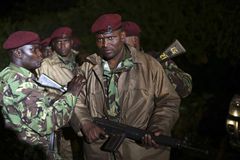