In the coming week, relations between Russia and the United States will receive fresh scrutiny, with the highest possible stakes for both Presidents Donald J. Trump and Vladimir Putin. But the nature of the ties between Mr. Trump's presidential campaign and Mr. Putin's government – an issue forbidding and formidable enough to dominate any ordinary week – aren't the only items on the Washington agenda beginning Monday.

The six frantic weeks of the Trump era have provided enormous – perhaps unprecedented – upheaval, to be sure, but even barring the sorts of surprises that have been customary in Washington this year, this week begins with exceptional portent.

Here are some of the moving parts in the American capital, where there is unusual movement both among and inside the customary alliances and interests:

Whether under czar or commissar, U.S. relations with Russia have been fraught. The Russian Revolution began a century ago this week but the United States didn't recognize the Soviet Union for another 16 years, in 1933. (Canada waited an additional eight years, until the Nazi invasion of the Soviet Union of 1941.) Some historians believe the famous 14 Points of 1918, which shaped both Allied and Central Powers' views about the postwar world, were former U.S. president Woodrow Wilson's public-relations response to the wave of idealism that grew out of Vladimir Lenin's revolution and his Decree on Peace of 1917.

Explainer: Trump, Russian hackers and the election: What we know so far

Read more: What does the Trump era mean for Canada? A guide to what's happened so far

It is cynicism rather than idealism that is at the heart of charges that there were ties between the Trump campaign and the Russians. These accusations have dogged Mr. Trump for months but took on fresh danger last week when U.S. Attorney-General Jeff Sessions, already a target of Democratic opprobrium, was found to have spoken twice with the Russian ambassador, conversations he did not disclose in his contentious confirmation hearings.

Mr. Sessions, the target of Democratic demands that he step down, instead recused himself from the Justice Department investigation into Russian involvement in the election, including reports that Russian operatives hacked into the computers of Democratic operatives.

Mr. Sessions's gesture of recusal settled the furor for only a moment. Mr. Trump reportedly erupted in anger in learning of the recusal. This issue will not fade either substantially or quickly. Mr. Sessions's office said he would submit amended testimony on Monday to U.S. Senators following their questions, likely sparking a new round of questioning.

The proof also came from Saturday night's Gridiron dinner in Washington, a traditional white-tie, press-and-politicians dinner where many a truth is shared in jest. Senator Joni Ernst of Iowa won laughs with this line:

"I actually earned some points with the White House tonight – on my salad I asked for Russian dressing. Jeff Sessions recommended it. He got the recipe from the Russian ambassador."

More controversy has grown out of bugs – whether ordered by Richard Nixon, Henry Kissinger or others – than perhaps any other implement of technology, including the Internet. The target this time, according to Mr. Trump: Mr. Trump himself. The man behind the orders, according to the same source, who has offered no compelling evidence: his predecessor, former president Barack Obama.

Senior Obama-era intelligence officials have denied the Trump allegation, and over the weekend the director of the FBI, James B. Comey, reportedly asked the Justice Department to knock down Mr. Trump's claim, according to The New York Times, because it implies that the FBI broke the law by tapping Mr. Trump's phones.

Relations between sitting presidents and their predecessors have never been easy. Harry Truman, in a reference to Joseph P. Kennedy and the Roman Catholic religion of the Kennedy family, once said of John Kennedy that he was less worried about the pope than "the pop." (Mr. Truman had even less regard for Mr. Nixon, whom he called "a no-good lying bastard.'')

But George W. Bush went out of his way not to criticize Mr. Obama, saying that the United States "has only one president at a time," and Mr. Trump has complimented his predecessor and Mrs. Obama, even saying in his inaugural address that the two Obamas had been "gracious" and "magnificent" in the presidential transition.

Now, one president is accusing his predecessor of bugging Trump Tower in Manhattan, and, Sunday, asked for a congressional investigation. This is going to be a difficult request for the Republicans who control both houses to abide. But it may end up being just as difficult for them to resist.

The novel aspect: Mr. Trump, unhappy with the charges of Russian meddling in the election, wants to tie the charges of Obama bugging to the Russian issue.

In a statement released Sunday, Sean Spicer, the White House press secretary, said the President "is requesting that as part of their investigation into Russian activity, the congressional intelligence committees exercise their oversight authority to determine whether executive-branch investigative powers were abused in 2016." He said the White House would have no further comment.

Mr. Trump's immigrant ban has been struck down in several courts and criticized even by his allies as being poorly prepared and shabbily conceived. He very likely will try again, almost certainly this week, and possibly as early as Monday. (Editor's note: Donald Trump has signed a revised executive order on immigration.)

Watch for rhetoric about countries having the right to control their own borders. But also watch for Democrats and civil-rights groups, some representing Hispanics, others such as the American Civil Liberties Union, to press legal challenges. This is one of those issues where U.S. presidents have enormous power – but where every volt of their power is matched by aggrieved individuals and aggressive interest groups. Expect a lot of electricity on this issue this week – but no resolution. 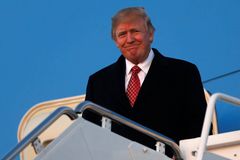 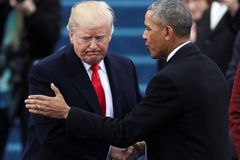