Italy's stunned political parties looked for a way forward on Tuesday after an election that gave none of them a parliamentary majority, posing the threat of prolonged instability and European financial crisis.

The results, notably by the dramatic surge of the anti-establishment 5-Star Movement of comic Beppe Grillo, left the centre-left bloc with a majority in the lower house but without the numbers to control the powerful upper chamber, the Senate.

Financial markets fell sharply at the prospect of a stalemate that reawakened memories of the crisis that pushed Italy's borrowing costs toward unsustainably high levels and brought the euro zone to the brink of collapse in 2011.

"The winner is: Ingovernability," ran the headline in Rome newspaper Il Messaggero, reflecting the deadlock the country will have to confront in the next few weeks as sworn enemies are forced to work together to form a government.

Pier Luigi Bersani, head of the centre-left Democratic Party (PD), has the difficult task of trying to agree a "grand coalition" with former prime minister Silvio Berlusconi, the man he blames for ruining Italy, or striking a deal with Grillo, a completely unknown quantity in conventional politics.

The alternative is new elections either immediately or within a few months, although both Berlusconi and Bersani have indicated that they want to avoid a return to the polls if possible: "Italy cannot be ungoverned and we have to reflect," Berlusconi said in an interview on his own television station.

For his part, Grillo, whose "non-party" movement won the most votes of any single party, has indicated that he believes the next government will last no more than six months.

He said he would work with anyone who supported his policy proposals, which range from anti-corruption measures to green-tinted energy measures but rejected suggestions of entering a formal coalition: "It's not time to talk of alliances... the system has already fallen," he said.

The election, a massive rejection of the austerity policies applied by Prime Minister Mario Monti with the backing of international leaders from U.S. President Barack Obama to German Chancellor Angela Merkel, caused consternation across Europe.

"This is a jump to nowhere that does not bode well either for Italy or Europe," said Spanish Foreign Minister Jose Manuel Garcia-Margallo.

In a sign of worry at the top over what effect the elections could have on the economy, Monti, whose austerity policies were repudiated by voters who shunned his centrist bloc, met the governor of the central bank, the economy minister and the European affairs minister to discuss the situation on Tuesday.

The former EU commissioner and his team of technocrats, who were brought in to govern when Berlusconi was consumed by crisis and scandal, will stay on until a new administration is formed.

Projections for the Senate by the Italian Centre for Electoral Studies indicated that the centre-left would have 121 seats, against 117 for the centre-right alliance of Berlusconi's PDL and the regionalist Northern League. Grillo would take 54.

That leaves no party with the majority in a chamber which a government must control to pass legislation and opened up the prospect of previously inconceivable partnerships that will test the sometimes fragile internal unity of the main parties.

"The idea of a majority without Grillo is unthinkable. I don't know if anyone in the PD is considering it but I'm against it," said Matteo Orfini, a member of Bersani's PD secretariat.

"The idea of a PD-PDL government, even if it's backed by Monti, doesn't make any sense," he said.

Berlusconi, a media magnate whose campaigning all but wiped out Bersani's once commanding opinion poll lead, hinted in a telephone call to a morning television show that he would be open to a deal with the centre-left - but not with Monti, the economics professor who replaced him 15 months ago.

"Italy must be governed," Berlusconi said, adding that he "must reflect" on a possible deal with the centre-left. "Everyone must be prepared to make sacrifices," he said of the groups which now have a share of the legislature.

The Milan bourse was down almost 4 percent and the premium Italy pays over Germany to borrow on 10-year widened to a yield spread of 338 basis points, the highest since Dec. 10 and more than 80 points above the level seen earlier on Monday.

At an auction of six-month Treasury bills, Italy's borrowing costs jumped by more than two thirds with the yield reaching 1.237 percent, the highest since October and compared to just 0.730 per cent in a similar sale a month ago.

The euro dropped to an almost seven-week low against the dollar in Asia on fears of a revival of the euro zone crisis. It fell as far as $1.3042, its lowest since Jan. 10.

However the view from some voters, weary of the mainstream parties, was unrepentant: "It's good," said Roger Manica, 28, a security guard in Rome, who voted for the centre-left PD.

"Next time I'll vote 5-Star. I like that they are changing things, even if it means uncertainty. Uncertainty doesn't matter to me, for me what's important is a good person who gets things done," he said. "Look how well they've done."

A long recession and growing disillusionment with mainstream parties and tax-raising austerity fed the bitter public mood and contributed to the massive rejection of Monti, whose centrist coalition was relegated to the sidelines.

Berlusconi's campaign, mixing sweeping tax cut pledges with relentless attacks on Monti and Merkel, echoed many of the themes pushed by Grillo and underlined the increasingly angry mood of the Italian electorate.

But even if the next government turns away from the tax hikes and spending cuts brought in by Monti, it will struggle to revive an economy that has scarcely grown in two decades.

Monti was widely credited with tightening Italy's public finances and restoring its international credibility after the scandal-plagued Berlusconi, who is currently on trial for having sex with an under-age prostitute.

However he struggled to pass the kind of structural reforms needed to improve competitiveness and lay the foundations for a return to economic growth. A weak centre-left government may not find it any easier.

For Italian business, with an illustrious history of export success, the election result brought dismay that there would be no quick change to what they see as a regulatory sclerosis that has kept the economy virutally stagnant for a decade.

"This is probably the worst possible scenario," said Francesco Divella, whose family began selling pasta under its eponymous brand in 1890 in the southern region of Puglia.

"We are very concerned about the uncertainty and apparent ungovernability," said Silvio Pietro Angori, chief executive of Pininfarina, which has designed Ferrari sportscars since 1950. "A company competing on the global markets like Pininfarina needs the support of a stable government that inspires trust."

One of the country's leading bankers summed up his personal reaction: "I'm in shock," he told Reuters. "What a mess!" 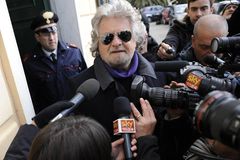 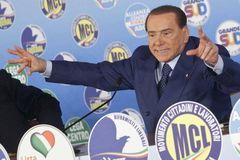