Canadian-Israeli filmmaker Simcha Jacobovici – best known as TV's The Naked Archaeologist – is no stranger to controversy. Over the past decade, he's provoked an uproar in scholarly circles by claiming to have found the family tomb of Jesus of Nazareth, nails that were used in his crucifixion, an ossuary (bone box) that once held the remains of Jesus's brother, James, and the site of the ostensibly mythical Atlantis.

Based on a new translation of a sixth-century Gnostic manuscript stored for 150 years in the British Library, The Lost Gospel: Decoding the Sacred Text that Reveals Jesus' Marriage to Mary Magdalene makes a series of intriguing claims that have already inflamed some of Mr. Jacobovici's detractors.

"There's been debate about whether Jesus was married for some time," notes Mr. Jacobovici. "But that's the least of it. To me, it's obvious that a first-century Jewish rabbi such as Jesus would marry and likely father children. But our book is not an ancient version of [author Dan Brown's] The Da Vinci Code. It goes way beyond that."

Indeed, in addition to claiming that Jesus and Mary Magdelene were husband and wife and had two sons, The Lost Gospel maintains that Jesus was deeply embroiled in the turbulent first-century politics of Roman-ruled Judea and was something of a marked man, surviving an attempted assassination as early as 19 AD, a dozen years or so before his crucifixion. After his death, the book says, Mary Magdalene became the centre of the early Christian Church.

Even more provocatively, the book maintains, these early Christian Gnostics believed the express lane to human salvation lay not in death but in life, in the form of sacred, matrimonial sex.

It's a measure of how contentious the academic field of theological history has become that the book was being censured even before it was published.

"The lost gospel is not lost," insisted online blogger Robert Cargill, a professor of classics and religion at the University of Iowa. "And it's not a gospel. Scholars have known about and studied [this text] for a very long time."

"I've had a chance to look at Wilson's and Jacobovici's claims in greater detail," he added, "and it is clear that there is absolutely no merit."

Mr. Wilson and Mr Jacobovici say they welcome different interpretations of their work, but think critics should first do their homework.

"It's interesting that some academics don't hesitate to opine about a book they haven't read," countered Mr. Jacobovici.

"What you have to understand is that Christianity today, the version we have lived in for 1,700 years, was written by the Apostle Paul. And yet before the fourth century AD, when Emperor Constantine declared Pauline Christianity the winner, there were hundreds of different, competing versions. Our book gives a voice to one of them, one of the losers, if you like."

The Lost Gospel is based on a translation of a text known as The Ecclesiastical History of Zacharias Rhetor, thought to have been first written on vellum in Syriac, a form of Aramaic, the language that Jesus spoke. It arrived in the U.K. in 1847, after it was found in Egypt's St. Macarius Monastery. It appears to tell the story of the Biblical Joseph and his marriage to Aseneth, daughter of the Egyptian priest of On.

However, citing common first-century Gnostic practice, Mr. Jacobovici and Prof. Wilson argue that the text's author is actually recounting not a Jewish tale, but a Christian one – the story of Jesus and his bride, Mary Magdalene.

Some of the evidence for that, they say, is contained in two remarkable cover letters that were found attached to the manuscript. According to Mr. Jacobovici, the letters expressly state that there is a hidden meaning embedded in the narrative.

"That's not us saying this," observed Prof. Wilson. "That's the cover letters, written almost 1,500 years ago. This is a first. No one else examining the text has even bothered to mention them.

"These early Christians," he added, "we know from their sermons, [they] used something known as typology. They saw the Old Testament as a Christian code book. It's not the same as allegory."

The authors maintain the cover letters also suggest the early Christians knew their brand of theology was dangerous. One of the letters contains the phrase, "the babbling brook brings on ruin," the third-century equivalent of "loose lips sink ships."

In The Ecclesiastical History of Zacharias Rhetor, Joseph is referred to as "the son of God," who makes the sign of the cross in blood. Never in the first century, says Mr. Jacobovici, "never in the hundreds of years before or afterward, nowhere in Rabbinic literature did a Jew call another Jew the son of God. And nowhere do Jews make the sign of the cross in blood."

Prof. Wilson and Mr. Jacobovici, who will hold a press conference at the British Library Wednesday, said they are prepared to meet doubters head on. But, asked Prof. Wilson: "Why are they so fearful of a married Jesus? Are they trying to protect a theological agenda? All we're doing is adding to the fund of historical knowledge about him."

Not all academics familiar with the new book have been dismissive. "I think the public will find it fascinating, clerics will denounce it and academics will likely dismiss it as sensational," predicted James Tabor, professor of ancient Judaism and early Christianity at the University of North Carolina at Charlotte. "But it is well worth a careful read."

Readers seem to agree. As of Tuesday evening, the book was rated number five on Amazon's Movers and Shakers list. 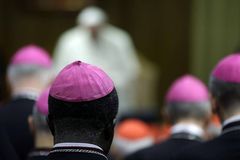 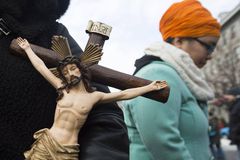