North America's nuclear industry has rolled on with barely a hiccup in the aftermath of last year's Fukushima reactor meltdown, which a year ago galvanized world attention with the threat of environmental catastrophe.

But while the industry and its regulators continue with plans to build new reactors and refurbish existing ones, their post-mortems on the lessons of Fukushima reveal a disquieting approach to risk management.

Even insiders say the industry will need to do a better job assessing its capacity to deal with what engineers call "low-probability, high-consequence" events.

Regulators have assured the public that existing reactors in Canada and the United States are completely safe. However, the top U.S. nuclear regulator, Gregory Jaczko, has gone as far as to suggest government safety officials are out of step with the general public when it comes to determining what is an acceptable margin of risk.

As a highly regulated industry, nuclear companies require a social licence to operate. They and their regulators have to plan for the unexpected and assure the public that they are prepared for the unthinkable. The magnitude of the earthquake and tsunami that hit Japan's Pacific Coast on March 11, 2011, exceeded the risk profile built into the Fukushima plant, but it was certainly not greater than could have been anticipated.

Since then, a number of studies have concluded that the extent of the accident was fundamentally an issue of human error, not an act of God.

A report released this week by the Carnegie Endowment for Peace concluded that the Fukushima accident was preventable. It resulted from a failure of Japanese officials to anticipate a worst-case earthquake and tsunami – in a country frequently rocked by these natural disasters – and to ensure the plants could withstand the impact.

A separate report from Japan revealed just how close the country came to a full-scale nuclear catastrophe, and a chain reaction of explosions that would have threatened Tokyo itself.

In response to the Japanese meltdown, the Canadian Nuclear Safety Commission, like regulators around the world, ordered safety upgrades at operating nuclear plants and reviews of their ability to respond to accidents that exceed the assumptions built into the reactor's design.

Operators such as Ontario Power Generation and Bruce Nuclear submitted a list of steps taken and planned to bolster their safety regimes, while the commission published an "action plan" that would require operators to bolster their defences further, especially against accidents involving the storage of spent fuel rods.

It sought to assure Canadians that the need for additional safeguards should not seen as a serious flaw in current design.

However, Greenpeace anti-nuclear campaigner Shawn-Patrick Stensil says the Fukushima accident has shown that "public skepticism of industry safety claims is valid and not irrational." He says the federal regulator is simply too cozy with the industry and does not require operators to design for those "low-probability, high-consequence" events.

Meanwhile, Ontario and New Brunswick have both recommitted to nuclear energy. Ontario Power Generation recently issued a $600-million contract to SNC-Lavalin and Aecon Construction Group to extend the life of its four reactors at Darlington plant. However, Quebec is still debating the refurbishment of its aged Gentilly reactor.

The industry has suffered a setback in Japan itself, and in Europe, Germany and Switzerland are preparing to shut down their nuclear plants, and even France is debating its future. But elsewhere, the nuclear renaissance continues.

Sixty nuclear plants are under construction around the world, with an additional 163 on order or in late stages of planning. China alone is building 43 plants, with 100 more planned.

McMaster University nuclear engineer John Luxat says the biggest threat to the nuclear industry in North America is low-cost natural gas, against which reactors must compete as an power source. The impact of events in Japan last year has "been rather minimal" by comparison.

Last month, the U.S. Nuclear Regulatory Commission provided a permit for two new reactors at Southern Co.'s Vogtle plant in Georgia, the first approval of a new nuclear construction in the U.S. in a generation.

But the commission's head, Mr. Jaczko, sounded a warning note that day: Under current industry standards, he said, the Fukushima disaster would not be considered "an unacceptable event," because there were no immediate deaths and the exposure of the population to high levels of radiation was limited.

But the public clearly views a Fukushima-type accident as beyond the pale. "And I personally think that's right," Mr. Jaczko said. "I think that this was a significant event, and it was an unacceptable event. But if we look at the risk models that we use today, it [was not]"

If the nuclear-power industry is to have a future, one thing is clear: It will have to rely less on an engineer's view of acceptable risk, and more on the common public perception that a meltdown that threatens to contaminate tens of millions of people cannot be tolerated.

Shawn McCarthy is The Globe and Mail's global energy reporter.

In pictures: The aftermath, and the progress in Japan
March 9, 2012
The 3.11 Portrait Project: Faces of Japan's tsunami survivors
Gallery
March 9, 2012 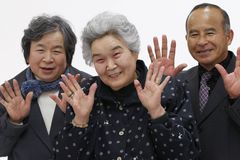 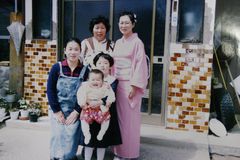 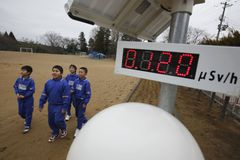 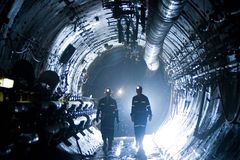 Japan’s leaders feared ‘devil’s chain reaction’ at plant
February 28, 2012
Follow Shawn McCarthy on Twitter @smccarthy55
Report an error Editorial code of conduct
Due to technical reasons, we have temporarily removed commenting from our articles. We hope to have this fixed soon. Thank you for your patience. If you are looking to give feedback on our new site, please send it along to feedback@globeandmail.com. If you want to write a letter to the editor, please forward to letters@globeandmail.com.
Comments