When Michaëlle Jean arrived in Haiti this week, she touched down in a country that has barely healed since a 35-second earthquake left it utterly destroyed two years ago.

More than half a million people are still living in bleak, overcrowded camps. Billions of promised dollars in international aid has yet to arrive. Corail-Cesselesse, a post-quake community built for the dispossessed that was meant to embody the motto "build back better," is instead a case study in failure. Tens of thousands Haitians are marooned in the squalid, sun-scorched camp north of Port-au-Prince with neither job nor prospect.

None of this strikes Ms. Jean as particularly surprising. "I knew from the beginning that we would not start seeing sustainable results for at least five years, but more likely 10 or 20 years," said Canada's former governor-general, now UNESCO's special envoy to Haiti.

What is frustrating, she says, is not necessarily the pace of the recovery, but how the international foreign aid is being spent: Almost none of it goes to the Haitian government, Haitian companies or Haitian NGOs.

"If the reconstruction is not about creating infrastructure or jobs, what's the point? We have to be clear, we have to be coherent. Are we trusting the Haitian government or not?" Ms. Jean asks.

The answer would appear to be not. Less than a penny of each dollar of U.S. aid went to the government of Haiti, according to the Associated Press, and virtually no Canadian aid has, according to the Ministry of International Cooperation.

Bypassing the Haitian government and NGOs – reminiscent of the embargo against the government of Jean-Bertrand Arastide – creates a number of problems.

First, it robs Haitian authorities of the ability to implement their own development plans, creating structural weakness. Second, a parallel state of international aid agencies feeds a cycle of dependency that is difficult to break, undermining the emergence of a real economy.

Another problem – all too apparent in Haiti – is the dizzying lack of co-ordination between competing agencies on the ground. International donors are implicitly disconnected from the work they are funding in Haiti, unable to readily assess its progress.

"How can you build an economy that is sustainable on charity?" Ms. Jean asks. "The [Haitian]government doesn't have the necessary means to implement its own plans."

Two years ago, Ms. Jean, then governor-general, was having dinner with U.S. Ambassador David Jacobson at Rideau Hall when the earthquake struck. After working the phones, she managed to convince Canada's Chief of the Defence Staff, Walter Natynczyk, to send help immediately instead of waiting for an official call from the Haitian authorities.

Canada was among the first on the ground with military and civilian teams. In the weeks that followed, Ottawa pledged millions of dollars of international aid to Haiti, which was already the largest recipient of Canadian foreign aid, last year surpassing Afghanistan. Since 2006, Canada has spent more than $1-billion on the country, the bulk of it going toward police training and bolstering the judicial system.

Despite Ottawa's generosity, Canada is as guilty as other donor countries of bypassing the Haitian government in delivering aid.

While CIDA has partnered in some cases with Haitian-run organizations for specific projects, this is the exception rather than the rule.

Over all, Canada has done a better job than other international donors in delivering aid. Ninety per cent of Ottawa's post-quake commitment of $400-million has been allocated, with 75 per cent of that funding already disbursed.

"Canada is on track to meet its reconstruction commitment by March, 2012," said a spokesperson for Bev Oda, Minister for International Cooperation.

By comparison, the United States pledged $379-million in aid and sent 5,000 troops in the immediate aftermath of the earthquake. An investigation by the Associated Press last year found that 33 per cent of that money was actually given directly back to the United States to cover the cost of the military deployment.

Only half of the $4.5-billion world leaders promised to the earthquake-stricken nation in the past two years has actually been dispersed, according to the United Nations office of the Special Envoy to Haiti.

For much of last year, world leaders blamed the tenuous political situation in Haiti for the delays in delivering aid.

The Haitian government of President Michel Martelly was locked in limbo for nearly five months after a bitterly contested election. He was able to form a government only late last year.

Mr. Martelly has his critics, but even they believe the Haitian government should have more say in spending aid from international donors.

"There's a basic principle involved. No country can develop without standing on its two feet," says Roger Annis, co-ordinator of the Canada Haiti Action Network, an advocacy group. "For other countries to decide the Haitian government is unworthy is fundamentally flawed. Canada is guilty of that as well."

Ms. Jean is even more defiant: "If we fail in this sense with Haiti, it's going to be a failure for us all. And of course, the Haitian government will be the first to be blamed for all of it."

Editor's Note: The U.S. ambassador to Canada is David Jacobson. An earlier online version of this article contained an incorrect name. 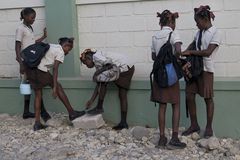 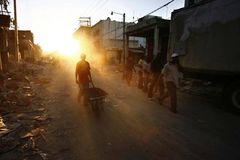 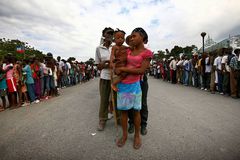