In a bombshell report that will once again cast a national spotlight on one of the most polarizing debates in the United States, the Justice Department has uncovered a systemic culture of "racial bias both implicit and explicit" in Ferguson, Mo.

From excessive use of force to overtly racist e-mails to a police force used by the local government essentially as a revenue-collection agency, the federal investigation skewers Ferguson – the Missouri city that became the centre of widespread protests after the killing of unarmed black teenager Michael Brown by white Ferguson police officer Darren Wilson last summer. A second Department of Justice investigation declined to prosecute Mr. Wilson for the killing, saying there wasn't enough evidence to contradict the officer's version of events. However, the federal investigation did not spare Ferguson's municipal infrastructure from searing criticism.

"Clearly these findings … demonstrate that although some community perceptions of Michael Brown's tragic death may not have been accurate, the widespread conditions that these perceptions were based upon and the climate that gave rise to them were all too real," Attorney-General Eric Holder said.

"Some of those protesters were right."

Drawing on myriad statistics and stories from local residents, a 102-page Justice Department report describes Ferguson as "a community where local authorities consistently approached law enforcement not as a means for protecting public safety, but as a way to generate revenue," Mr. Holder said. "In addition, the federal investigation found rampant and institutional racism means that the target of that collection process is, overwhelmingly, Ferguson's black population."

The report cites numerous examples, including the fact that African-Americans, while making up 67 per cent of the population, made up 90 per cent of police citation recipients. The investigations also found that some Ferguson officers competed to see who could issue the most citations in a single stop – the highest such incident found in the report involved 14 citations.

The report documents how such fines and citations can become life-ruining ordeals. In one case, an African-American woman received two parking tickets in 2007, totalling about $150. To date, the woman has had to pay about $500 in fees, has been arrested twice and spent six days in jail in relation to the tickets, and still owes more than $500.

Virtually all the subjects of police force were also African-American, including every single documented case of individuals bitten by police dogs for which data on race were available.

The investigation also uncovered a culture of overt racism among several city officials. In one e-mail sent in 2008 from a city account, a current Ferguson employee predicted that President Barack Obama would not remain in power for long because "what black man holds a steady job for four years."

The Justice Department has made it clear it will use all tools at its disposal to compel Ferguson to rehabilitate. The recommendations in the report include more civilian involvement in local policing, a more detailed analysis of arrest and other policing statistics and changes to the municipal court and ticketing systems, including the reduction of arrest warrants as a means of enforcing fee payment.

However, Mr. Holder also indicated that his office is using the Ferguson report to galvanize a movement to address policing issues across the country.

Later on Wednesday, in a brief press conference during which he did not take questions, Ferguson Mayor James Knowles said racist behaviour by city officials "will not be tolerated." He said three employees were already under investigation in relation to the e-mails uncovered by the federal investigation, and one had already been fired.

The mayor also said efforts are under way to diversify local law enforcement (at the time of Mr. Brown's killing, Ferguson's police department employed 53 officers, 50 of whom were white). The mayor noted that the city had recently hired a black female corrections officer and two black court clerks.

Ferguson's police chief was not present at the mayor's press conference, fuelling speculation that, if the police force is not disbanded entirely as a result of the federal investigation, the city's top cop may well lose his job.

Missouri Governor Jay Nixon also issued a short statement calling the findings of the Ferguson investigation "disturbing," and vowing to continue working on initiatives that "promote greater fairness, equality and inclusion in all our communities."

But many local activists whose concerns were at least partially validated by Mr. Holder on Wednesday were far less optimistic that the investigation's findings would prompt wider systemic change in St. Louis County.

"To see what we have been saying and living for decades validated by the Department of Justice is not insignificant, but these problems are like a cancer – whether the symptoms spread through a body or a whole community, they cannot be addressed piecemeal," said Tef Poe, co-founder of the activist group Hands Up United, shortly after the report's release.

"To isolate and exemplify Ferguson is to infatuate over the finger while the organs of our state and the soul of our country continue to metastasize." 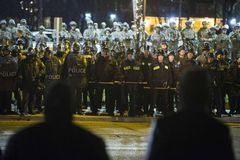 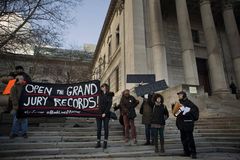