Hamid Karzai flew to Kandahar last month for a ceremony that later emerged as a key moment in the war against the Taliban, although many people here are still arguing about whether the Afghan president averted disaster or opened a new tribal conflict with his visit to the south.

Mr. Karzai arrived shortly after the legendary warrior Mullah Naqib died of a heart attack on Oct. 11. As hundreds of mourners gathered in the front garden of Mr. Naqib's home on the north side of Kandahar city, the president stood and placed a silver turban on the boyish head of Kalimullah Naqibi, the tribal elder's 26-year-old son.

The gesture crowned Mr. Naqibi as the new leader of the Alokozai tribe, a populous and powerful clan that controls strategic territory around Kandahar city, making them the informal gatekeepers between the government's urban enclaves and the wild country beyond.

Some politicians in the city approved of the President's action, viewing it as a swift intervention to give the tribe a leader with firm loyalty to the central government. Mr. Naqibi and his supporters say the move was purely decorous, a symbol of the President's approval for a decision already taken by top elders in the tribe.

But senior members of the Alokozai's leadership are publicly expressing their discontent, blaming Mr. Karzai for interfering in their affairs and violating their traditions. Installing an untested young man as their tribal leader has hurt security, they say, pointing to the fact that, within weeks of the decision, Canadian and Afghan troops were required to push back the first major Taliban attack on Alokozai lands north of the city.

General Khan Mohammed, an Alokozai tribesman who serves as an adviser to the Interior Minister, said he recently visited Mr. Karzai at his palace with another senior elder to complain about the selection of the young leader.

"I said, 'Why did you put the turban on Kalimullah's head?' " Gen. Mohammed said in an interview at his home in the capital. "The tribe didn't choose this leader. I told him, you're increasing the violence in our lands."

Despite his misgivings, Gen. Mohammed said he remains loyal to the young Mr. Naqibi, after serving as his father's trusted deputy through the anti-Soviet wars of the 1980s. While wishing success for Mr. Naqibi, however, Gen. Mohammed hinted that he himself would make a better chief. The Alokozais need an experienced military commander to defend themselves from the insurgents, he said, noting that the Taliban didn't attack the Alokozai territory north of the city until he had left the province for duties in Kabul, making him unavailable to lead the counterattack.

Variations of the same question are asked in private by senior politicians in Kandahar, who say the disgruntled contenders for the Alokozai leadership are trying to revoke the blessings they have already bestowed on Mr. Naqibi.

But the rules of Pashtun tribal etiquette forbade anybody from raising a fuss in the wake of Mr. Naqib's death, Gen. Mohammed said, so the elders in attendance that night didn't feel comfortable raising their voices against the President.

"I told [Mr. Karzai] 'You're a Pashtun, you know our culture. ... This is the first time ever in Afghanistan, that a leader is chosen like this.' "

A Western diplomat in Kabul acknowledged that tribes usually choose their own leaders, but added that it's customary in Afghanistan for the central government to play a role in the selection of such an important figure as the Alokozai chief.

Besides himself, Gen. Mohammed said another contender for the leadership would have been Azizullah Wasifi, a former agriculture minister and aide to the late king.

Mr. Karzai telephoned Mr. Wasifi in the presence of the Alokozai elders to consult him about the selection of tribal chief, and the old politician gave his approval. But his son, Izzatullah Wasifi, director-general of Afghanistan's anti-corruption agency, now raises a similar objection to the process.

"You can't put a turban on somebody's head and make him your toy," Mr. Wasifi said. "A lot of people are complaining about this."

Some of the complainers gathered recently in the guest room of Mr. Wasifi's home in Kabul, sitting on the thick carpets and talking politics.

"Karzai announced that Kalimullah was going to be our tribal elder, and in that moment nobody could complain," said Haji Feda Mohammed, a landowner from Arghandab district, flicking his cigarette into a metal spittoon. "If he can bring together the tribe, it's okay. But we will see."

The newly minted Alokozai leader says he can feel the pressure of such scrutiny. Sitting in his father's old house, Mr. Naqibi's pudgy, youthful face showed a mix of emotions as he recalled the moment when the President wrapped the shiny new turban around his head.

He smiled, but then his face clouded for a moment. He invoked a Pashto saying: "When the turban falls from the head, it lands on the shoulders," meaning that the burdens of the father are passed to the sons.

"It's a big responsibility," he said.

A selected list of major tribes around Kandahar shows how Canadian troops' understanding of the ancient divisions of the Pashtuns has become a vital part of the war.

An estimated 13 million Pashtuns live in Afghanistan, mostly in the south and east. In Kandahar, they have two main branches: The Durrani and Ghilzai.

Most of the people who live in Kandahar, with the exception of the nomadic Kuchi herders, belong to a tribe that falls into the Durranis and the Ghilzais. The tribal identity often influences their politics, and whether they support or oppose the government of President Hamid Karzai. Zirak Durranis tend to favour the government, while Panjpai Durranis and Ghilzais often feel disenfranchised.

POPALZAI : President Hamid Karzai rules in the capital, while his brother, Ahmed Wali Karzai, plays a major role in Kandahar as chairman of the provincial council.

ALOKOZAI: The late Mullah Naqib was the President's biggest ally in the south, and his tribesmen remain an important bulwark around the city.

ACHAKZAI: Abdul Razik, a flamboyant young police chief who controls the road crossing to Pakistan, is among this tribe's leading members.

NOORZAI: The politician Arif Noorzai may lead this tribe officially, but arguably its most influence member is Hafz Majid, a senior Taliban leader. The Noorzai are populous west of Kandahar city, the scene of recent battles.

ALIZAI: A bitter conflict between this tribe's leader in Kandahar, Habibullah Jan, and Ahmed Wali Karzai was a source of instability in the province until the two men reached a negotiated truce in recent weeks.

ISSAKZAI: With many of their home villages in the conflict zones of Kandahar and Helmand, they are reportedly fighting to defend their opium business.

SOURCES: TRIBAL HIERARCHY AND DICTIONARY OF AFGHANISTAN: A REFERENCE AID FOR ANALYSTS (Feb., 2007)

A country where blood is everything
December 11, 2006 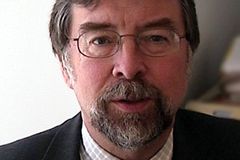