More than a week after the deadly attack on the Westgate mall, many of the most basic questions about the assault and its perpetrators are still unanswered.

Kenyans are voicing more and more anger and frustration at their government as they wait for an accounting of who died, how it happened and who did it. The government continues to insist the attackers killed a total of 67 people in their four-day siege of the luxury mall, but the death toll could be much higher.

The heads of Kenya's security agencies are being summoned to a parliamentary committee on Monday to be grilled on what happened. The official version, so far, has been riddled with obvious gaps and contradictions.

Speaking to journalists on Sunday, Interior Minister Joseph Ole Lenku continued to evade key questions about the attack, including the crucial issue of whether Kenyan officials had ignored warnings of a planned attack. "We do not discuss intelligence matters in public," he said.

Here are some of the unanswered questions:

Who were the attackers, and how many were there?

As of Sunday, the government was still estimating that 10 to 15 people attacked the mall. It also insists that its security forces shot and killed five of the attackers. It refuses to say what happened to the remaining attackers. Did any of them slip out of the mall? Were they all buried in rubble when three floors of the mall collapsed?

Just as importantly, who were the attackers and who organized the assault? The Somalia-based radical militia al-Shabab has claimed responsibility for the attack, but was it supported by other radical groups in Kenya or abroad? The identity of the attackers is a vital question, because Kenya needs to know whether it was attacked by Somalis who crossed the porous border from Somalia, or whether it was attacked by home-grown radicals from its own towns and cities. It also needs to know whether the attackers included citizens of the United States, Britain, Canada or other Western nations who managed to get Kenyan entry visas without being questioned.

The government announced on Sunday that it had arrested another suspect, bringing to 12 the number of arrests so far, but it has already released three of them. It is unclear whether any of the nine suspects still in custody have any connection to the attack. It appears that none of them were inside the mall during the attack, but the government is giving no names or details.

How many people were killed at the mall?

While the government says the attackers killed 67 people, the Kenyan Red Cross has compiled an additional list of 59 missing people. The government denies any knowledge of the names on that list, saying that their relatives have not formally reported the names to the police. One reason to doubt the official version: The attackers are believed to have taken about 30 hostages and none were alive at the end of the siege. They, too, may be buried in the rubble. But the destruction caused by the collapse is so extensive that it could take weeks to retrieve and identify any human remains.

How did the mall's floors collapse?

The three floors collapsed after a series of explosions and the outbreak of a fire. At first, the government said the attackers had set fire to "mattresses" as a distraction, and it implied that this caused the floors to collapse. But this version has been widely ridiculed by Kenyans. New reports this weekend suggested that the floors collapsed after soldiers fired rocket-propelled grenades or anti-tank shells inside the mall.

What role was played by security lapses and bureaucratic mistakes?

Several local reports suggest that a police commander was killed by "friendly fire" from Kenyan soldiers on the first day of the siege, apparently because of confusion among the security forces. The police then withdrew from the mall, delaying the rescue effort and allowing the attackers to regroup and move around the building, the reports said.

Another key question is whether the government should have taken steps to prevent the Westgate attack, since it had received warnings of a potential terrorist attack on a high-profile target, with Westgate itself mentioned in some intelligence reports. Four cabinet ministers and Kenya's military chief were warned in a series of reports that terrorists were planning to storm buildings in Nairobi and Mombasa at some point between Sept. 13 and 20, according to a report in the Daily Nation, a Kenyan newspaper.

Local reports also suggested that the Israeli government had warned of potential attacks on Israeli targets in Kenya this month. The Westgate mall is partly owned by Israelis.

Disenfranchised Kenyans may have played role in siege
September 27, 2013 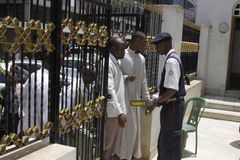 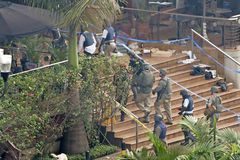 ‘I don’t think anywhere outside is safe any more,’ Canadian victim in Nairobi says
September 26, 2013 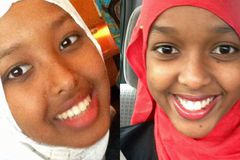