The Canadian government is disputing claims from its Kurdish allies that Canadian special forces are to blame in the friendly fire shooting death of Sergeant Andrew Joseph Doiron, the first Canadian soldier killed as part of Canada's military mission in Iraq.

A senior Canadian government official told The Globe and Mail Sunday that it is expected a review will quickly determine that the arrival of the Canadian soldiers at an observation post in northern Iraq should not have been a surprise.

It was also confirmed that two investigations are under way. One is being led by the local Special Operations Forces Command and another will be led by military police officials from Ottawa overseen by the Provost Marshal.

The outpost where the shooting occurred is near the front lines, where Kurdish peshmerga fighters are positioned to face Islamic State militants in the ongoing military conflict.

The official said the forces had been at that location earlier in the day and had arranged a protocol for their return for that evening that involved arriving at various checkpoints along the way. The official said the soldiers successfully checked in with two groups of Kurdish forces as planned. However, the official said it is unknown why another group of Kurdish fighters opened fire on the Canadians, injuring three others.

The Kurdish fighters, the official said, had been facing the front line in the direction of IS and turned 180 degrees to fire on the Canadians. The official said the reason this occurred is currently unknown. As to the state of the relationship between Canadian special forces and the peshmerga, the official noted that Kurdish forces attended the ramp ceremony for Sgt. Dorion.

Canadians are in northern Iraq to train and assist the peshmerga in their battle against the militants.

The death of the soldier comes as members of Parliament prepare to return to Ottawa Monday facing a looming deadline on renewing Canada's military mission in Iraq.

The Conservative government has been carefully laying the groundwork for an extension to the current six-month mission, which expires April 7. A motion to extend the mission is expected soon and only 14 House of Commons sitting days remain before the deadline, leaving little time for debate.

But with the death of Sgt. Doiron, new questions now surround the role Canada is playing in Iraq.

Peshmerga spokesman Halgurd Hekmat told the Associated Press Sunday that a group of Canadian soldiers showed up unannounced Friday to the village of Bashiq, near the militant-held city of Mosul.

"When they returned, the peshmerga asked them to identify themselves," Mr. Hekmat said. "They answered in Arabic, that's when peshmerga started shooting. It was their fault."

Kurdish officials said the Canadians were on the front lines of the combat zone to call in air strikes.

"Well, they weren't on the front lines," Mr. Kenney told CTV's Question Period Sunday. The minister said the Canadians were returning to an observation post that "was about 200 metres behind the forward line of our troops, so 200 metres from the front."

"They had been there earlier in the day, and they were returning to the observation post, as I say, when it was dark out, and apparently it was a case of mistaken identity," he said.

In a separate interview with Global's The West Block, Mr. Kenney suggested that some details regarding any findings may not be released given the sensitive nature of Canada's special-forces operations.

NDP defence critic Jack Harris said the incident raises fundamental questions as to whether the Conservatives are being upfront in explaining what Canadian forces are doing in Iraq.

"How do you get shot by the people you're supposed to be aiding and assisting and training? They obviously didn't know who you were, what you were doing and that you were in that location," Mr. Harris said. "I'm really confused, frankly, and I think this demands the government clarify exactly what the instructions are, what the rules of engagement are and what they're doing."

Liberal MP and foreign affairs critic Marc Garneau said MPs are eager to know what happened but that a debate and decision over an extension can still take place before the investigation is concluded.

"Based on all the signals that we've heard, there will be an extension," said Mr. Garneau, who declined to say which direction his party is leaning on that issue. "What happened Friday is not going to play into the decision on the extension."

"It suddenly changes things," he said. "It's going to increase the intensity of the debate."

Mr. Taylor said that with no Canadian embassy in Iraq, the investigation will be logistically challenging. He also said he doesn't expect it would be completed before the government makes its decision on whether or not to extend the mission.

"It seems like a huge breakdown in communications but then again, we don't speak the language. And it's one of those things where the peshmerga are not a NATO-standard force, so it's been very difficult."

Mr. Taylor said there would already have been some tension in the relationship between the peshmerga and Canadian special forces.

"They don't really want us there as oversight," he said. "They want our equipment … they'd be happy for us to show them how to turn the night-vision goggles on and how to assemble the rocket and then get out of here." 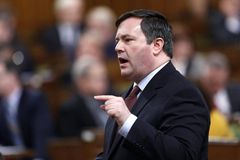 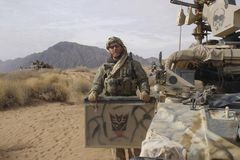 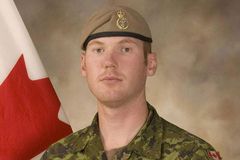