Aramaic, the language of Jesus Christ, has survived for centuries and is still spoken in one place on Earth: the village of Maaloula in Syria, about 60 kilometres northeast of Damascus.

But Maaloula has not been immune to the civil war that has torn the country apart, and experts are worried that Aramaic, already designated as "definitely endangered," will be a casualty.

Since late 2013, Maaloula has been held by the Nusra Front, an Islamist extremist organization affiliated with al-Qaeda, which prompted a number of Christians to flee the village. This week, after an intense battle, Syrian forces reclaimed the town. The civil war has taken its toll: The once-picturesque tourist attraction for pilgrims is now full of charred homes and bombarded churches and monasteries.

The damage – and continuing violence in Syria – could mean that the refugees do not return, which would be a significant blow to Aramaic.

"Aramaic, which has been transferred from one generation to another for thousands of years through the inhabitants of Maaloula and their collective memory, could die today because the villagers fled their homes heading toward different destinations as refugees," says Monsignor Makarios Wehbi, a priest at Ottawa's Sts. Peter and Paul Melkite Catholic Church who hails from Maaloula and has been active in preserving his language.

THE VILLAGE OF MAALOULA

It is a beautiful village, carved in the Qalamun Mountains in Syria. Maaloula is more than 2,000 years old and is home to a number of ancient Christian sites and monasteries, including two of the oldest monasteries in the history of Syria and Christianity – St. Sergius and St. Thecla – making it a tourist destination for pilgrims.

Its population of 10,000 drops in the winter to fewer than 5,000 people, as many residents move temporarily to Damascus and Beirut to escape the cold.

But in the Syrian civil war, Maaloula is also strategically significant. The village is located near the main road that links Damascus to Homs, which is considered an essential supply route. That is why the government was eager to retake Maaloula from rebels – to cut off their supply routes and give the government more control of central Syria.

The exodus of Christians over the past year has worried experts, who fear that Aramaic speakers will integrate into their new communities and eventually the language will disappear. And although the village has been recaptured, many believe that the residents will not return because their homes have been destroyed, they are not wealthy enough to rebuild and the insecurity of the civil war continues.

"The village is badly damaged and security is very limited," says one Maaloula resident who did not want to be named for safety reasons. "I do not think we will be able to go there to settle in a long time."

"We are so happy [Maaloula] is free now, but the village is littered with land mines, many parts of it are destroyed and some homes have been torched," says a former resident named Ward, who fled in late 2013 and has taken refuge in Damascus. "Most villagers are poor and I doubt they would have the means to rebuild their homes. And those who have the means are afraid that the general security situation is not stable yet or safe," she added.

There are isolated communities around the world that still speak Syriac or Aramaic, but Maaloula's Western Neo-Aramaic is considered the closest to the language of Jesus. Two small communities near Maaloula – Gubbadine and Baxa – speak a version that is almost the same.

"It is a very critical time in the history of the language," Father Wehbi says. "If the residents of Maaloula finally decide to take refuge and settle in Damascus, Lebanon, Egypt or elsewhere, then we will be facing a risk of losing the language. It would be easier for them to speak Arabic or any other language that their children may use in schools and hear on television or on the streets of the new places where they resettled and lived."

The closeness of the Aramaic of Maaloula to the language of Jesus was first discovered around 1850 when linguists visited the village. This version of the Aramaic language used to be transferred orally, but that changed over the past four decades when George Rizkallah, a professor at Damascus University, began to write wrote poetry in it. Several years ago, the Aramaic Language Institute was established in Maaloula.

Prof. Rizkallah lives in Damascus, where he gives lectures and holds activities with the aim of protecting the language.

Father Wehbi's voice chokes with frustration as he describes the importance of protecting Aramaic, one of the Semitic languages that has various branches, including those spoken east of the Euphrates River – modern-day Iraq and North Syria – and those spoken to the west of the Euphrates, in Syria, in periods of history that predate Christianity.

UNESCO recognizes Aramaic as a "definitely endangered" language, and has called for the protection of Syria's heritage against damages by the civil war.

Father Wehbi is working hard to co-ordinate efforts between Canada and Europe to protect the Aramaic language from extinction. He set up a Facebook page this year – Learn the Aramaic, JESUS language – to teach the language.

He began the individual effort with some of his close relatives to post short lessons and translations of Arabic, English and Aramaic.

He also connected with a Spanish Facebook page on the subject. "Sometimes we post items of the Aramaic heritage of Syria, we post articles and research. We have friends from all over the world," he says.

Arnold Werner, a professor of Semitic languages at Heidelberg University in Germany, has also researched the Aramaic language for several decades – including spending two years in Maaloula in the 1980s – and has written a dictionary of the language.

"We hope [the violence] ends very soon," says Prof. Werner, who is currently in Turkey carrying out research on languages. "This is a treasure of the world and it needs our help today."

Prof. Werner has set up a charitable association, hoping to raise money to help residents of Maaloula rebuild and resettle there when the violence ends.

"This is my duty," Prof. Werner says. "My children lived in Maaloula and loved it. They are determined to help in whatever way they can. It was a shock for us to see what is happening in beautiful Maaloula. We used to attend its famous festivals and religious celebrations. It is carved in our hearts and minds."

THE CANADIANS WHO SPEAK IT

George Haddad, a Canadian of Syrian origin from Maaloula, is proud of his village and its grand history. Some of his extended family still lived there when the village was attacked in September.

As he speaks of Maaloula, his voice fades and he collapses into tears. "I feel the pain is crushing my heart of all that happened," he says from Montreal, where he has been living for more than two decades.

Mr. Haddad and several members of his family have been living in Canada for many years, but they never stopped visiting Maaloula. "I always tried to go there regularly in the summers. I love my beautiful ancient village, our summer religious festivals and the tourists. I love everything about it," he says. "I wish I can go back and visit. We all pray that we will have the chance to go back to our homes and to visit Maaloula."

There are about 10 families from Maaloula in Montreal and a few others in Ottawa and Calgary.

Mr. Haddad tries to teach the language to his grandchildren. "For example, I would ask one of them to bring me water in Aramaic words. Sometimes they laugh with excitement that they are trying to speak the language their grandfather speaks."

Opinion
An Easter funeral: Death is not the final word
April 18, 2014 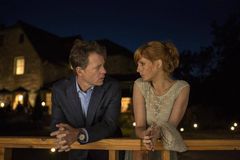